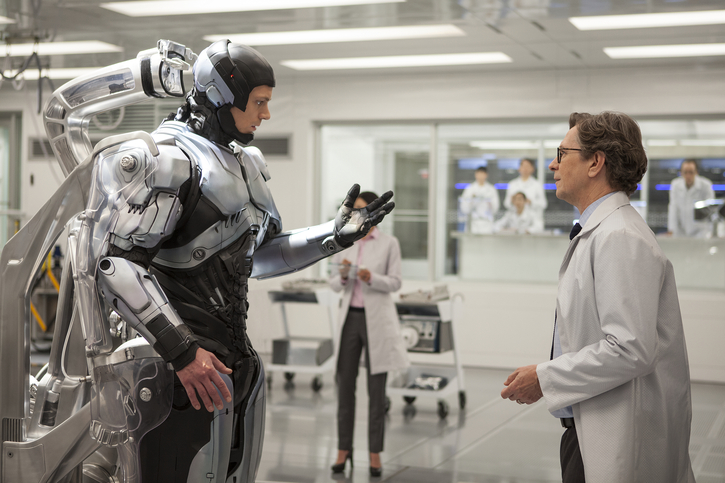 Reimagined RoboCop Back Laying Down the Law

There’s no doubt that a big budget remake of director Paul Verhoeven’s 1987 satirical, hyper-violent 1987 sci-fi classic RoboCop always felt like a bad idea. There was no way a Hollywood studio, in this case Sony Pictures and MGM, would allow any of the deep, dark, unsentimentally brutal cultural anarchy found in the original, and it goes without saying the violence would be toned down in order to achieve a PG-13 rating. More, the cultural insights in Edward Neumeier’s and Michael Miner’s script are as prescient and profound today as they ever were 27 years ago, and considering how much corporate largess has expanded the past two-plus decades it was doubtful the inherent satire driving the narrative would ever cut with a similarly eviscerating blasé frankness.

Credit then must be given to director José Padilha (Elite Squad, Elite Squad 2:The Enemy Within) and screenwriter Joshua Zetumer, and while the pair can’t equal the brilliance of Verhoeven’s effort – not a shock – they do manage to craft a fresh take on the material that’s oftentimes surprising and moderately worthwhile. While many of their satirical targets are obvious, the points they make hit home far more often than they miss their respective targets, the overarching themes about the mechanization of law enforcement and the military without question timely. 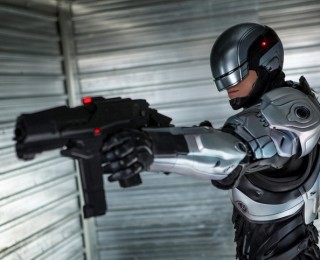 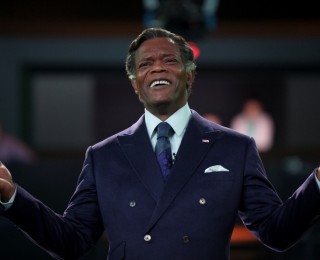 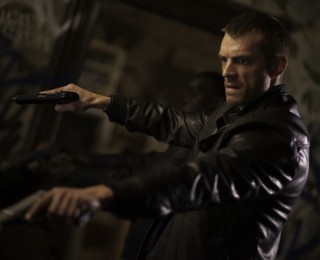 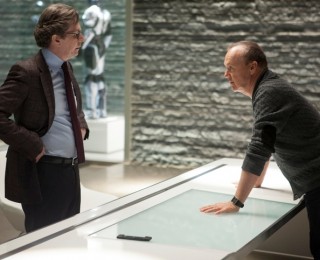 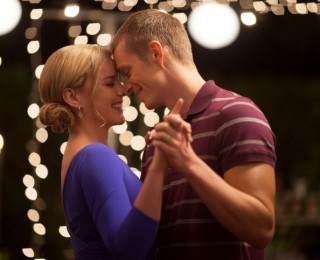 Set in 2028, the movie posits a world with the U.S. military as something of a universal police force, using robots in a number of Third World locales to maintain peace and tranquility. But not at home, that fact affecting the bottom line of Detroit-based OmniCorp and it’s up to CEO and robotics visionary Raymond Sellars (Michael Keaton) to get the populace behind a fully mechanized police force. His idea? Put a man inside the robot, keeping the conscience of sensibilities of a human being but giving him the tools and visage of a metal-encased superhero.

Turning to visionary scientist Dr. Dennett Norton (Gary Oldman), the pair find the perfect candidate for their cybernetic theories in decorated and driven Detroit Detective Alex Murphy (Joel Kinnaman). His body brutally mangled and mauled in a mysterious explosion outside his home, led to believe it is the only way he’ll survive grieving wife Clara (Abbie Cornish) gives her permission to OmniCorp to use her husband in their experiments.

Months later, after much trial and error, he’s back on the mean Michigan streets of his beloved hometown once again battling those who would subvert the law for their own nefarious ends. But where does the man begin and the robot end? Is Murphy in control of his actions? Or is he just nothing more than a corporate computer devoid of conscience forced to follow an agenda-driven program helping to maximize not so much the public trust but OmniCorp’s bottom line?

A lot of this, somewhat shockingly, works astonishingly well. The opening bits with Murphy awakening to his new cybernetic existence is heartrending and complex, Kinnaman and Oldman developing a nicely textured Dr. Frankenstein and his monster give-and-take that’s moderately profound. There’s also some great stuff with Jackie Earle Haley as an ex-military man working for OmniCorp who trusts robots more than he does people, his constant belittling of his new trainee both funny and perceptive at the exact same time.

Also of merit are a series of inserts revolving around a futuristic Bill O’Reilly-like public affairs program (a substitute for the original’s “Media Break” segments) hosted by a dogmatically vociferous Samuel L. Jackson. While the satire here is hardly subtle, while most of it is so on-the-nose it borders on insulting, these sequences are directed with flair and acted to near perfection by Jackson so they end up working far more spectacularly than they arguably have any right to. What they say about the media’s ability to influence popular opinion is absolutely chilling, and while Padilha’s evisceration of Right Wing talking points are hardly innovative they’re effective all the same.

Unfortunately the movie has trouble maintaining momentum all the way to the finish line, the last third extremely rushed and not nearly as interesting as any of the material proceeding it. On top of that, unlike Verhoeven’s film this one is missing villainous elements who effectively stand in our hero’s way, and as good as Keaton is, and he’s very, very good indeed, he’s sort of wet noodle when stood up alongside against either Ronny Cox or Kurtwood Smith. There’ no tension, no suspense, as far as the climax is concerned, an odd clumsiness to the denouement that’s frustrating and disappointing.

There are other issues, not least of which is the film’s most intriguing aspect, the relationship between Murphy, Clara and their son David (John Paul Ruttan), doesn’t carry the emotional heft or weight hinted at early on, but to Padilha’s credit he manages to mask the majority of the defects for a great deal of the 118 minute running time. More, he stages some strong action sequences, the kinetic virtuosity he showcased in both his Elite Squad efforts exuberantly on display here as well.

I’m still not sold that a new RoboCop was worthwhile or necessary, and as solid a job as Padilha and his crew do, and as nice as some of the observational points he and Zetumer are making might be, the teeth this remake is fronting aren’t nearly as razor-sharp as they should have been. But that doesn’t make me any less surprised by how much I did enjoy myself, and while far from perfect I’m curious to get another look at this remake and analyze certain aspects in greater detail. In other words, I’d buy that for a dollar, maybe even two or three of them. 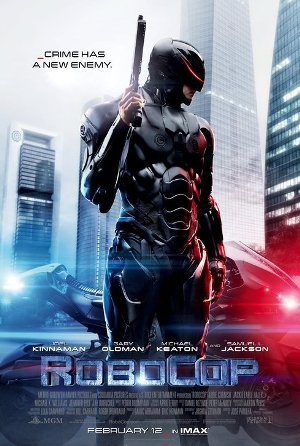