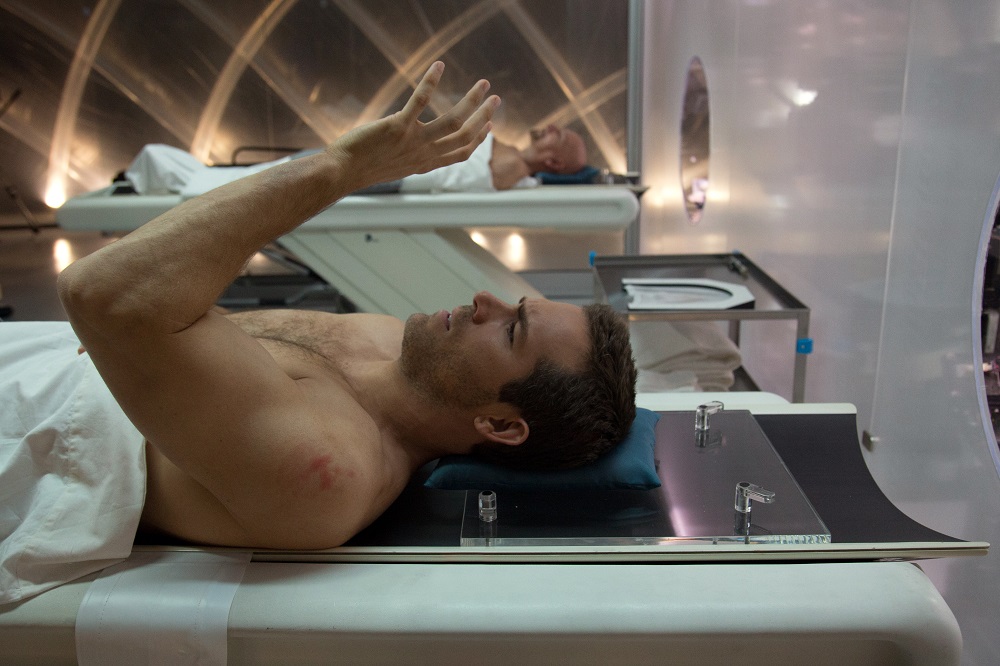 Billionaire New York real estate tycoon Damian Hale (Ben Kingsley) is dying. With precious little time remaining, he is approached by the mysterious Albright (Matthew Goode), a charismatic young man who offers him an intriguing proposal. For a price, he will preserve this titan of industry’s mind in a new, organically grown shell, an empty vessel, if you will, giving him another five decades or more of life to continue with his work and hopefully add even more of value to the world at large. It is called “Shedding,” and although the risks and the challenges involved are enormous the opportunity to, not so much live forever, but be given a second lifetime, are just too irresistible to ignore.

There are issues, not the least of which everyone everywhere has to believe he has died, and that includes his estranged daughter Claire (Michelle Dockery). But after hitting the ground running in New Orleans, making a new friend in the outgoing Anton (Derek Luke), other than a few disturbing visions things are going pretty well, Damian starting to think he’s made the right decision about continuing to live on inside another human form.

Suffice it to say, it’s just when all looks fine that’s when the biggest problem of them all rears its ugly psychological and physiological head in director Tarsem Singh’s (Immortals, Mirror Mirror) latest thriller Self/Less, a movie that owes just as much to the 1966 John Frankenheimer classic Seconds as it does a random “Twilight Zone” episode. Turns out, the shell Damian is inhabiting wasn’t grown, it was stolen, the body that of a former Middle East war veteran, Edward (Ryan Reynolds), with a wife, Madeline (Natalie Martinez), and young daughter, Anna (Jaynee-Lynne Kinchen), both of whom believe the man they loved drowned in a tragic accident.

All of which is fine. Singh sets the mood beautifully, building tension with his typically fanciful skill, and while the film isn’t as visually opulent as say The Cell or The Fall you can certainly tell the guy who helmed those two picturesque stunners is the one barking out orders behind the camera. Kingsley projects the right amount of melancholic regality, while the early sequences with Reynolds learning to enjoy and utilize his new physical form crackle with jovial hedonistic electricity. Goode is suitably menacing yet in a hypnotically entrancing way, while Victor Garber’s early scenes as one of Damian’s best friends and confidants deftly plant seeds for revelations and surprises to come later in the story. 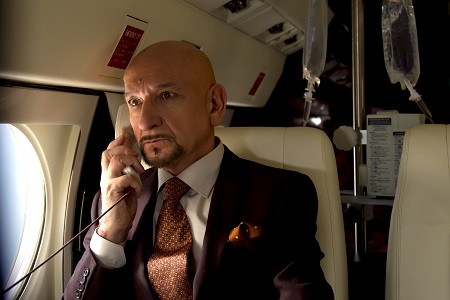 But there are cracks in the façade, and at a certain point no amount of directorial embellishment can mask them. David and Alex Pastor’s (The Last Days, Carriers) script gets sillier and sillier as it moves along, building to bursts of outright stupidity that are almost laughable in their outlandish lunacy. The way Madeline and Anna react to David/Edward is insane, impossible to believe long before the truth comes out, while Albright’s actions as he tries to get his latest project back into the fold are flat-out insulting to any viewer with even a modicum of intelligence. At a certain point, the whole thing begins to morph into The Bourne Identity, the rules the writers initially set forth in regards to Shedding continually broken time and time again as events progress to their inevitable conclusion.

I think what might be the worst about all of this is that the film wastes a very good performance from Reynolds. He’s doing yeoman’s work here, forced to mine multiple emotional territories as he’s essentially portraying two very different people inhabiting the same human physique. He brings to life Damian’s discomfort and untapped humanity at the whole situation with graceful complexity, a scene between Reynolds and Dockery late in the film heartbreaking in its authentic simplicity. The actor is excellent, even when the film around him is falling to pieces, and as plusses go that isn’t one to marginalize or make light of.

And it does fall to pieces. Self/Less, even with an intriguing, if not entirely as original as I imagine the writers believe it to be, start, even with a terrific performance from Reynolds, even with some unique visual flourishes from the always idiosyncratic Singh, is ultimately something of a minor disaster. The films gets increasingly brain dead as it progresses along its relatively pre-ordained path, building to a final 20 minutes that are as idiotic as they are unintentionally silly. There’s nothing creative or inspired about what ends up happening, the only thing novel being just how bad this misbegotten train wreck of a sci-fi thriller finally becomes. 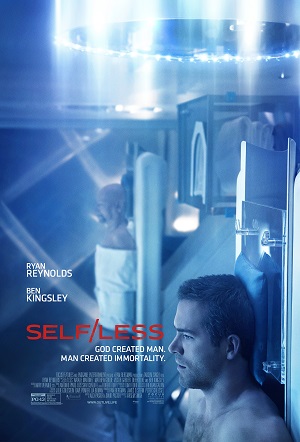