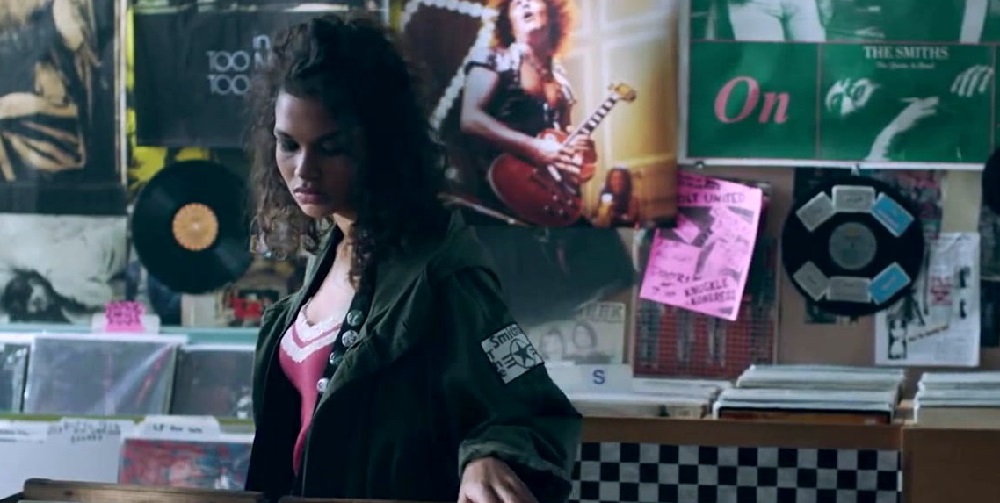 Four friends have a night to remember when they learn their favorite band The Smiths has broken up. At the same time, a local radio station is taken over at gunpoint by a particularly rabid fan.

Set in 1987 and revolving around a small group of Denver, Colorado teenagers, writer/director Stephen Kijak’s Shoplifters of the World is an obvious labor of love. Working from a story originally conceived by Lorianne Hall, Kijak is channeling his inner Richard Linklater as he attempts to chronicle one crazy night of youthful craziness. All of it takes place alongside an incredible soundtrack which includes 20 songs by The Smiths, all of the characters learning a variety of important life lessons as they celebrate their favorite band and commiserate over its disbanding.

If only it all weren’t so darned boring and emotionally lethargic. Few of the characters are interesting and almost none of the actors portraying them make a lasting impression. Almost all of them are archetypes and caricatures pulled from other, and better, films about youth in revolt, meaning almost nothing any of them do ever rings as being authentic.

It does not help that everything is far too on the nose. Song lyrics are referenced throughout, and you can almost guarantee if something is sung about it will almost certainly be acted out by one or more of the characters not too long afterward (if not immediately). There are also blatant references to Madonna, Siouxsie and the Banshees and a few other ‘80s music icons that if they weren’t so obvious might have been charming.

The cast does what they can, most notably Helena Howard. She plays Safeway checker Cleo who moonlights as a closet shoplifter (thus the title, a reference to the song “Shoplifters of the World Unite”). Howard has undeniable charm, and if she had a bit more to do and her character didn’t come across as so contrived maybe she could have made the film worthwhile almost entirely on her own.

While it’s a bit part, Joe Manganiello is also rather wonderful. The veteran actor hams it up nicely as popular radio DJ “Full Metal” Mickey, his reaction to being held at gunpoint in order to play an entire night of nothing but songs by The Smiths priceless.

I don’t feel the need to say too much more. Kijak means well, and there’s nothing about Shoplifters of the World that’s so awful it would make roasting this music-filled drama over the coals. It just didn’t work for me, that’s all there is to it, and even with a certifiably killer soundtrack, this is one throwback mixtape I won’t be pushing play on anytime soon.

Even with a terrific soundtrack naturally dominated by The Smiths, Shoplifters of the World is a flat, emotionally inert coming-of-age drama that never worked for me. While Stephen Kijak’s film undeniably comes straight from the heart, mine was sadly left unmoved. This Blu-ray presentation is solid if not spectacular, and I imagine those who did enjoy this one will not feel at all let down if they decide to add the disc to their personal home libraries. 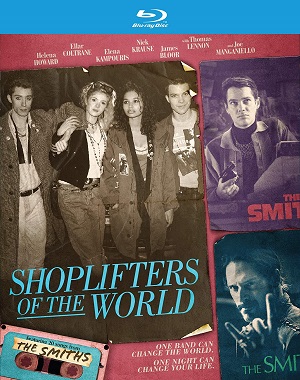