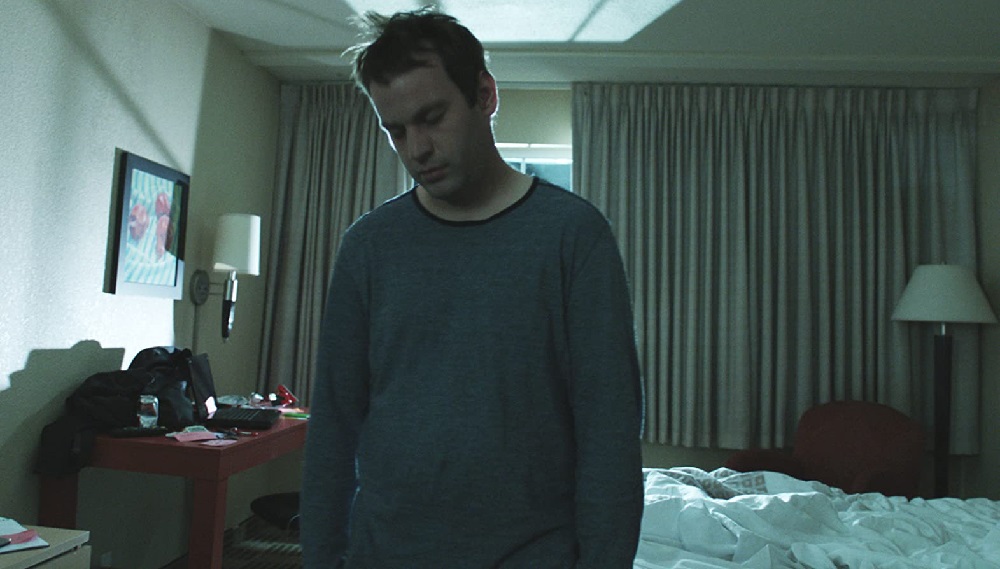 Matt Pandamiglio (Mike Birbiglia) is a struggling stand-up comedian living in New York who has just moved into an apartment with his longtime girlfriend Abby (Lauren Ambrose). He’s filled with self-doubt, and the fact his successful father Frank (James Rebhorn) is continually getting on him for his life choices isn’t helping. Making things even more difficult? Matt is a sleepwalker, and the more he worries about his relationship with Abby, worries that his career will never take off, worries that his father is right and he’s been wasting his life, the worse his nightly meanderings seem to get.

Based on Birbiglia’s Off-Broadway show and his best-selling book of the same name, Sleepwalk with Me is an engaging comedic curiosity that’s one part Woody Allen, one part Spalding Gray and one part its own unique little creative animal. Often breaking the fourth wall to talk directly to the audience, presented more as a series of skits and sketches than as a uniform narrative, the movie is a whimsical look at Matt’s bizarre journey of self-discovery. While I’m not altogether sure what the point of all of this is, getting to the conclusion is so much unconventional fun the lack of any sort of concrete resolution isn’t too big a problem.

It is a little odd, but this shouldn’t be a surprise to anyone familiar with Birbiglia’s comedy or with his co-writer Ira Glass’ work on “This American Life.” The movie is an uncompromising, intimately focused journey into the unknown, filled with naked appraisals of its protagonist’s flaws and brazenly willing to take eccentric forays into the surreal every time Matt descends into one of his wandering dreamscapes. The story’s honesty is only equaled by its quirkiness, the finished product a bumpy, lumpy, euphorically peculiar character study that’s a consistent joy even if it doesn’t always make coherent sense.

This isn’t exactly a tale where anyone other than the main character gets an opportunity to shine. Still, Ambrose has a couple of winning moments, especially one late in the film when Matt finally expresses to Abby all he’s been feeling and the reasons behind the sudden success of his stand-up comedy. Rebhorn is Rebhorn, which means this is the sort of character he could play blindfolded. As for the rest of the cast, the great Carol Kane got me to smile on a couple of times, making the fact she’s not used nearly as well as she potentially could have been mildly upsetting on a certain level if I’m being completely honest.

But as this is Birbiglia’s story, he understands its ins and outs quite well. As such, he almost can’t help but score as Matt even though he’s not exactly the most expressive actor in the world. His hound dog demeanor is oddly endearing and his frequent monologues to the audience are continually intriguing even when what he’s saying isn’t as interesting as he maybe believes it to be. Birbiglia’s willingness to throw himself under the bus and lay naked underneath its tires is laudable, all of which helps make his debilitating sleep disorder all the more emotionally affecting.

Sleepwalk with Me isn’t going to delight everyone. Its eccentricities are slightly obnoxious, while Matt’s prickly personality hardly makes him the most charismatic guy to spend 80 minutes with. Yet I found Birbiglia’s opus overflowing in inspiration and laughs, and I liked how honest it was in detailing its protagonist’s travails. Most importantly, the movie made me laugh, and as far as comedies are concerned that’s one attribute worthy of celebration no matter how nightmarish the ordeal the main character is going through might prove to be. 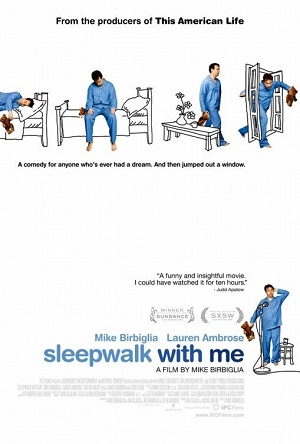