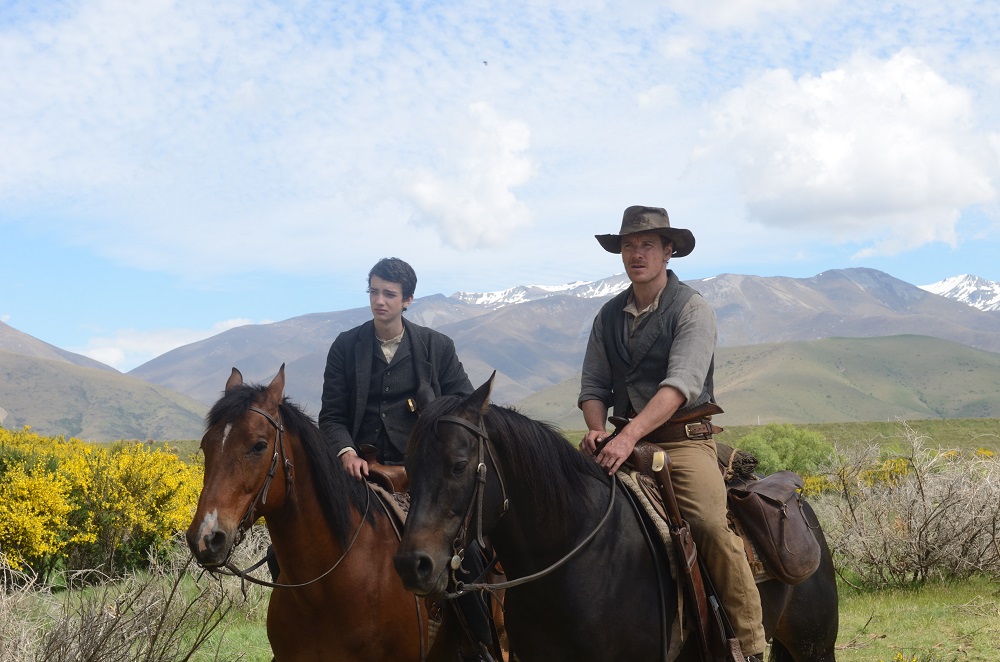 “He loved you with all his heart.” 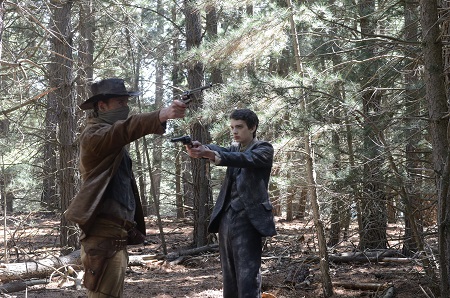 “Scotsman Jay Cavendish (Kodi Smit-McPhee) has come to the United States to be reunited with the woman he loves, Rose Ross (Caren Pistorius). Making the slow trek into the sparsely inhabited western expanses of the still young country, he is taken under the wing of loner Silas Selleck (Michael Fassbender), the gunslinger agreeing to take the wilderness neophyte to his destination for a $100 in cold, hard cash. 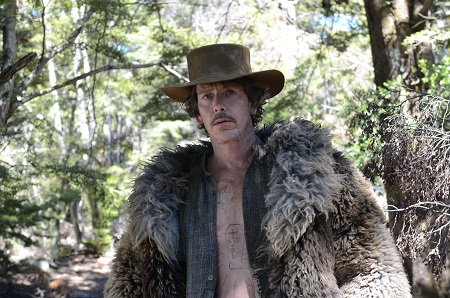 I’m not entirely sure what Maclean was doing before this (his credits on IMDB range from a BAFTA-winning short film, Pitch Black Heist, to helping write a few of the songs appearing in movies as diverse as High Fidelity and Remember Me). What I do know is that I’m eager to see whatever he has up his sleeve next. As debuts go, Slow West is a stupendous one, the film an elegiac Western triumph both fans of the genre and newcomers alike will hopefully enjoy in equal measure.”

Slow West is a superior Western featuring superlative performances from Fassbender and Smit-McPhee and one that builds to a magnificent climax that stopped my heart cold. A tragically little seen gem released to theaters earlier this summer with too little in the way of fanfare, here’s hoping its reputation continues to grow now that it’s available on DVD and Blu-ray.

On Strange Land: Making Slow West (7:19) – Standard promo featurette featuring short snippet interviews with the cast and crew. Fine for what it is, nothing more than that.

I really like Slow West. I have feeling I’ll grow to like it even more with the passing of time. Watch it at once. 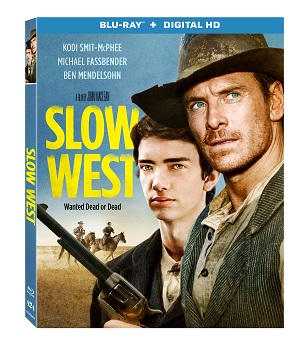