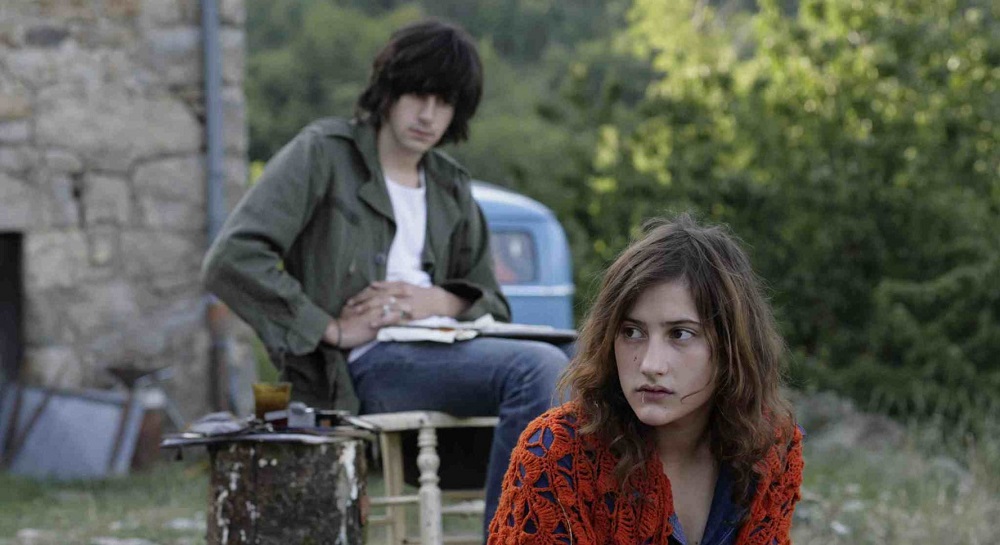 Assayas’ Something in the Air Observationally Euphoric

For a film set in the midst of revolutionary tumult, director Olivier Assayas’ Something in the Air (Après mai) is a surprisingly wry, observationally melancholic and emotionally affectionate. It doesn’t try to break convention, isn’t interested in bringing across its points or ideas with hammer-driven intensity. It instead wants to look back with open eyes, allowing events and actions to speak for themselves, achieving an intimate open-hearted ebullience I was utterly captivated by. 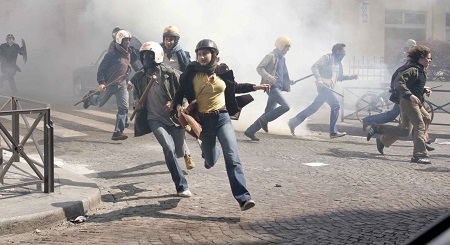 The film opens with a shocking, dynamically startling recreation of a clash between protesters and police officers on Parisian streets in February of 1971. It is here we meet Gilles (Clément Métayer), a teenage student more interested in his painting and other artistic endeavors than he is in anything bordering on political descent. At the same time, along with the beautiful Christine (Lola Créton), a fellow classmate who shares his creative ambitions, he has been shaped by events of the past few years, recent upheavals influencing his work to ever-increasing degrees.

After being dumped by his girlfriend Laure (Carole Combes), Gilles rebounds into the arms of Christine, the pair discussing and dissecting one another’s work in context to what is happening out on the streets of Paris. There group expands exponentially to include Alain (Felix Armand), their new friend, a painter himself, becoming hopelessly captivated by American Leslie (India Salvor Menuez), a ravishing redhead whom they randomly encounter.

On the surface, it doesn’t sound like a lot is happening inside Assayas’ latest. Make no mistake, however, the seeds of artistic achievement and creative inspiration are all being planted here, the political upheavals of the time irrevocably shaping Gilles and his friends in ways they are barely capable of fathoming. The director, drawing from his own life in order to add little bits of insight and intimacy, has taken would could have been a relatively typical coming-of-age melodrama and shaped it into something euphorically cathartic.

The end result? While not a masterpiece on the level of Carlos (or even Cold Water, a movie which in rather obvious ways informally connects with this one) Assayas has still manufactured a potent reminder of what it is to be young and full of hope seemingly with the world at one’s feet. While composed with a meticulous eye for detail, there is still the constant omnipresent sensation that anything can happen at any moment, these characters free to shape themselves as they naturalistically would if this story was actually taking place for real and not a vibrant figment of the director’s vividly alive imagination. 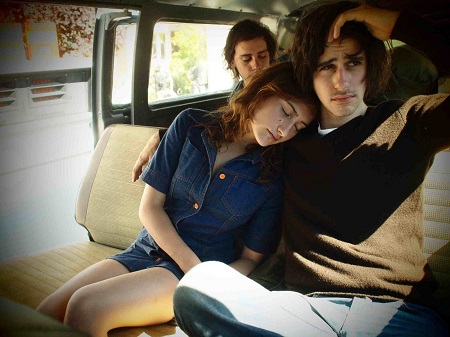 There is something luminous about Eric Gautier’s (On the Road) refreshingly sparse cinematography. The film has a visually audacious simplicity bordering on brilliant, every sight spotlighting the characters and their actions in a way that means something and consistently propels the narrative forward. He and the director eschew for the most part the handheld chaos one might expect from a film dramatizing this time, place and subject matter, in its stead Gautier attempting to reach for something deeper and more grittily eternal as he dissects Gilles’ transformation from teen into an adult.

I can’t say I understood all of the historical references inside Something in the Air, my knowledge of French history admittedly limited and almost entirely ascertained from the films and the documentaries I’ve watched over the past two-plus decades. The genius of Assayas’ opus is that said knowledge isn’t remotely necessary to understand the journeys his characters find themselves own or to enjoy the yarn it is he is confidently spinning. The movie is universal, most of the way through is so to a staggering degree, the director once again proving he is one of the consummate cinematic craftsmen of our times fearlessly telling stories all of us owe it to ourselves to experience. 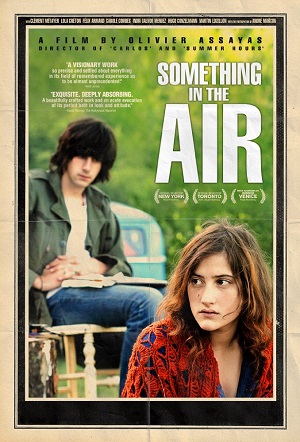