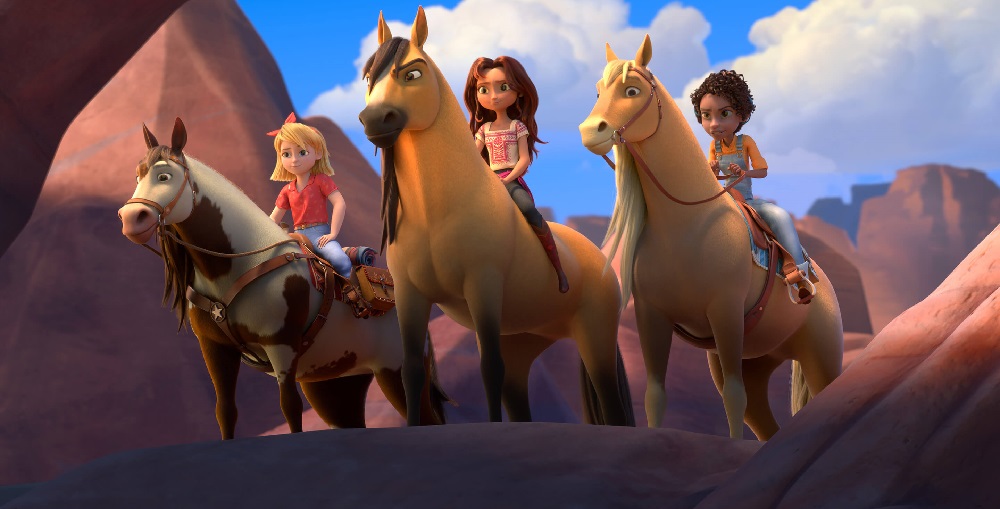 DreamWorks released Spirit: Stallion of the Cimarron back in 2002. A modest success, not to mention an Academy Award nominee for Best Animated Feature, the film has steadily garnered a rather sizable following over the past two decades, even spawning the successful Netflix animated series Spirit: Riding Free.

I’ve grown to borderline love Spirit: Stallion of the Cimarron. It’s gorgeously animated and showcases a minimalistic naturalism as it pertains to its dissection of humanity’s relationship with nature that as the years have gone by feels close to effortless. That said, Spirit: Riding Free skews a bit young for me, and I can’t say I’ve been able to watch more than a couple of episodes in their entirety.

All of which is my roundabout way of saying that Spirit Untamed wasn’t a horse I found a lot of enjoyment in riding. Not so much a sequel to the 2002 motion picture, this new feature is more a retelling of the Netflix series than it is anything new. While young children will likely enjoy it, fans of the show might feel a serious case of been-there-done-that and I find it difficult to guess who this one is going to appeal to.

Not to say this is a total loss. I appreciate how it plants intelligent, self-confident young female characters at the heart of a relatively standard modern western. It does this with a relaxed, unforced simplicity that’s worth applauding. Also, as much as I miss the hand-drawn textures and colors of the original, that does not make the computer animation utilized for this adventure any less superb.

The plot is straightforwardly simplistic. After a decade of living back east, Fortuna “Lucky” Prescott (voiced by Isabela Merced) is returned west to her rail magnate father Jim (Jake Gyllenhaal) to stay with him over the summer. She is accompanied by her strait-laced Aunt Cora (Julianne Moore), and she’s coming close to the end of her rope trying to keep her energetically outgoing niece from doing anything she’d ordain unladylike.

Spirit comes into the picture during Lucky’s train ride west. She spies the mustang during her trip and is later appalled when she learns he and many of his heard have been captured by cowboy Al (Andre Braugher), one of Jim’s closest friends who makes a living breaking wild horses. One thing leads to another and Lucky and Spirit become close friends, the pair going on a string of semi-perilous adventures, many of which also include Al’s daughter Pru (Marsai Martin) and local musical prodigy Abigail (Mckenna Grace).

At its heart this is a father-daughter tale, the former still grieving over the death of his wife when his daughter was barely two years old while the latter comes to discover passionate interests she’s eager to explore in greater depth, even if doing so is initially difficult for Jim to understand let alone support. There’s not much more to it all than that.

All of which is fine. I find it very difficult to come down too harshly on any of this. I will say that as diverse and female-centric all of this is, it’s still inherently strange that there is practically zero Native American representation. It also avoids as many hard truths about the American West of the late 19th century as it can, creating an almost fairytale-like aesthetic that for older viewers cannot help but be somewhat distracting.

But cinematic westerns during their heyday (and not too far beyond) reveled in mythologizing this aspect of the American historical experience, so the fact the filmmakers do exactly that in a multiculturally progressive, and decidedly feminine, manner is not something I choose to hold against anyone. I just wish this one did a little more with the material and made even a passing attempt to engage viewers older than Lucky. Spirit Untamed is a lot easier to respect than it is to enjoy, and unlike its predecessor, this isn’t a piece of feel-good animation I’m likely to revisit anytime soon. 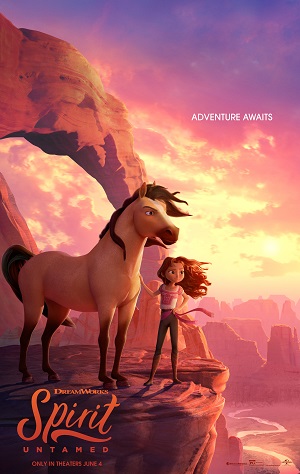