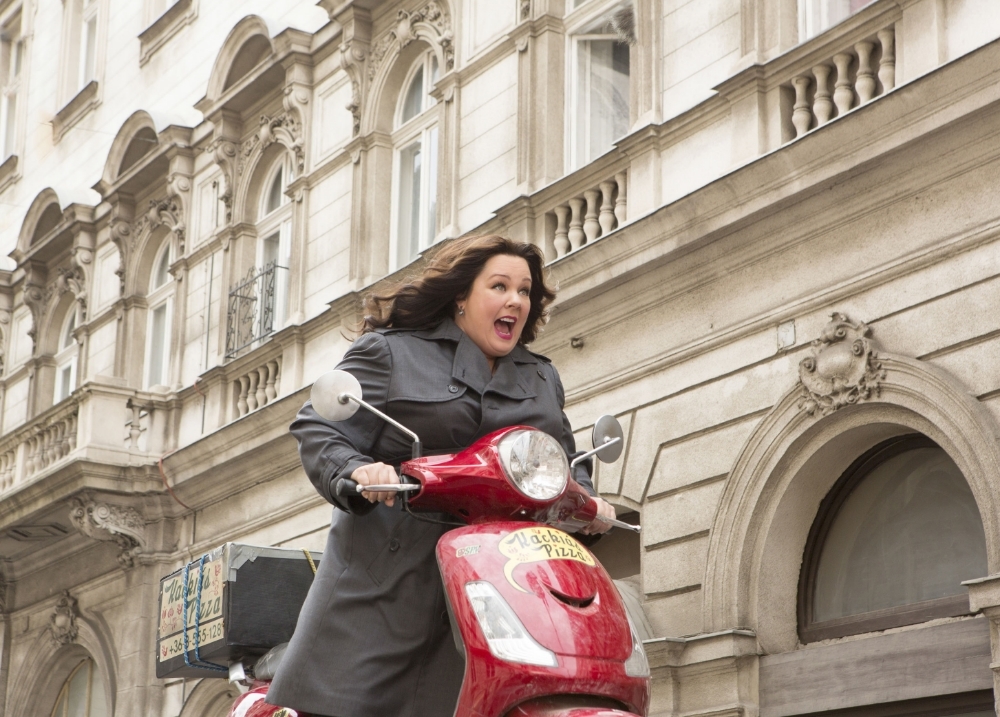 CIA analyst Susan Cooper (Melissa McCarthy) has a good thing going. She’s the right-hand woman to superspy Bradley Fine (Jude Law), helping him navigate lethally destructive terrain populated by gunrunners, double agents and terrorists all looking to do him in. But when circumstances involving a stolen nuclear device and the daughter of a slain arms dealer, Rayna Boyanov (Rose Byrne), puts every CIA spy in jeopardy, Deputy Director Elaine Crocker (Allison Janney) comes to the conclusion it’s time to send a fresh, if inexperienced, face into the field. 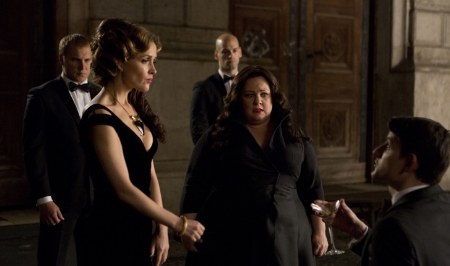 Much to the consternation of pompous, loudmouth agent Rick Ford (Jason Statham), Susan volunteers for the assignment. Making him even angrier, Crocker thinks it’s a good idea, allowing the analyst to assume a false identity in order to track notorious cutthroat and big money go-between Sergio De Luca (Bobby Cannavale) across Europe in hopes he’ll lead them to Rayna. But Susan is a far better spy than anyone wants to give her credit for being, especially Ford. When push comes to shove she’s terrific, and if everyone would leave her well enough alone she’ll likely nab the bad guy and recover the nuke before anyone knows it’s happened.

Melissa McCarthy is as big a talent as there is working today. She deserved her Oscar nomination for Bridesmaids. She held her own up next to Sandra Bullock in The Heat. She stole scenes left and right in a small, yet pivotal, part in the undervalued Bill Murray comedy-drama St. Vincent. She even managed to turn execrable, stomach-churning comedies Identity Thief and Tammy into modest successes (especially the former) due almost entirely to her star power alone, a fact that still boggles my mind far more than I should probably admit.

The great thing about Spy, a comedy-action-thriller hybrid that reteams her with writer/director Paul Feig for a third time and isn’t near as much a James Bond parody as one might initially suspect, is that it gives McCarthy a well-rounded, fully sculpted character that’s nearly on par with the nurturing single mother she portrayed in St. Vincent. While there are the requisite pratfalls, while references to the character’s physical appearance are made, they are not the end-all-be-all as far as the comedy is concerned. This is a smart and talented individual who knows how to do her job and does it better than most, trading on her intellect and her skills to see things through to the end.

This is wonderful for a number of reasons, not the least of which is that it allows McCarthy to play an honest to goodness human being and not some foul-mouthed, uncouth hellion. While four-letter words are spoken – lots of them – they’re not uttered for shock value. Instead, much in the same way Peter Capaldi wove profane poetry with each and every one of his diatribes in In the Loop, Susan does the same thing here, coming up with creatively vulgar ways to ingratiate herself next to Rayna. More than that, though, she also spends just as much time revealing her character’s heart, her humanity, her awe-shucks demeanor not so much a façade as it is a defense mechanism keeping the wannabe spy from living up to her true potential.

The supporting cast is excellent across the board, Byrne, Law and Janney particularly so. But it is Statham, in some ways returning to his Guy Ritchie (Snatch, Lock, Stock and Two Smoking Barrels) roots, in others having a grand time eviscerating his Transporter persona, who stands out the most. His take-no-prisoners bravado is a fish tale of the nth degree, the man elevating his exploits to a place of herculean myth the Greeks themselves would have stood back and laughed at with wide-eyed disbelieving glee. While a case could be made that Ford is around maybe a little too much that doesn’t make Statham or his exuberantly manic performance less wonderful, and it’s nice to be reminded just how superb a comedic force the action star can be when he puts his mind to it.

Feig directs as soundly as ever, each set piece building upon the last while also setting up all that’s about to happen with dexterous confidence. Same time, there are points where he doesn’t always know when to say when, a few scenes going on longer than they perhaps need to leading to jokes that, while funny, don’t add as much to the proceedings as I’m guessing he wanted them to. It also takes him longer than anticipated to figure out what to do with “Call the Midwife” star Miranda Hart. Thankfully, when he does, she comes alive in ways that tickle the funny bone beyond imagination, a penultimate joke involving none other than 50 Cent more than worth the wait.

Ultimately, though, this is McCarthy’s showcase and she more than delivers. While no one would ever give her an Academy Award for this performance that doesn’t make her any less perfect. She gives Spy its reason to exist, McCarthy hitting the comedic bull’s-eye so frequently she doesn’t so much deserve an Oscar as she does an Olympic Gold Medal. 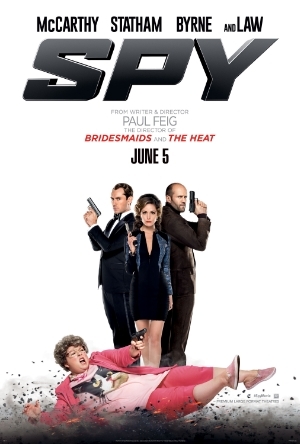