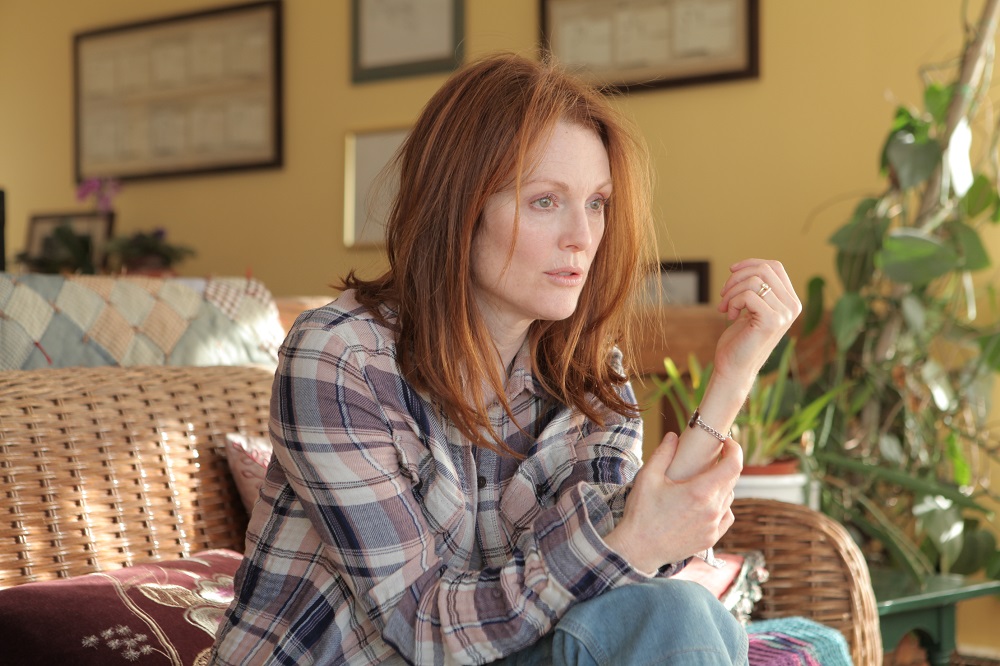 Alice Howland (Julianne Moore) is turning 50. The esteemed linguistics professor is renowned in her field and adored by her husband John (Alec Baldwin) and children Anna (Kate Bosworth), Tom (Hunter Parrish) and Lydia (Kristen Stewart). Oddly, however, she’s starting to forget words during her lectures, having trouble recalling their meaning and importance. Not so much that anyone would notice, mind you, but often enough it’s got her a little on edge, and so she’s headed to the doctor to get things checked out just to be safe. 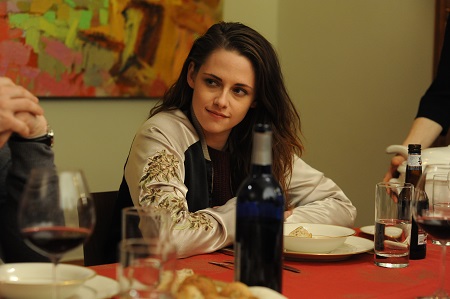 What Alice learns is that she’s in the beginning stages of Early-Onset Alzheimer’s, a fact that understandably knocks both her and John for a loop. Letting the kids in on what is going on, the Howland clan does what they can to help her put up a fearsome battle, coming up with ideas and plans of action that should hopefully assist in the fight for her to maintain the core sense of self that’s always the wife and mother colorfully and endearingly unique.

Still Alice is based on the acclaimed book by Lisa Genova and adapted by openly-Gay directors Richard Glatzer and Wash Westmoreland (The Last of Robin Hood). It is a fairly straightforward melodrama concerning a family forced to deal with the unthinkable and a smart, successful and driven woman grappling with the realization she’s on a slow, virtually unendurable journey to the loss of everything she’s always held most dear. Additionally, the movie will almost certainly win Moore her first Academy Award, an honor a long time in coming and one that’s by all accounts way past due.

Great! Terrific! I guess that’s fine. Fine because the distinguished actress is superb. Fine because Moore gives a complex, superbly layered performance that without question deserves to be considered amongst 2014’s best. Fine because she’s the reason to see the film, plain and simple, and it’s highly doubtful it would work near as well as it does if she had made the decision not to be a part of the ensemble.

The problem for me is that the movie itself – solidly made, competently directed, constructed with confidence and skill – is still shockingly slight, dripping into unnecessary sequences of melodramatic embellishment Genova’s complex, movingly multifaceted source material thankfully avoids. There are times that Still Alice feels more like a Lifetime programmer circa 1992 more than it does something stripped down, emotionally raw and dramatically essential, things moving in a rather foregone manner that can be a little more annoying, and thus not near enough moving than they by all accounts should be.

Not that Glatzer and Westmoreland drop the ball completely. There are a number of sequences and scenes that cut right to the chase, taking my breath clean away in the process. Alice learning from her doctor that she’s got the disease being one of them, another later one when she gives a speech to a room full of fellow Alzheimer suffers, their doctors and, most importantly, their families. They’ve also constructed a handful of remarkable, incredibly affective moments between the mother and her youngest daughter, Lydia, Moore and Stewart sharing startlingly intimate chemistry that says volumes in precious few words. 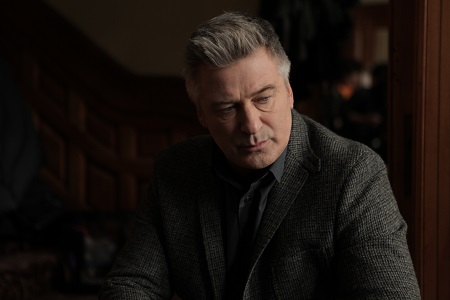 I just wish the directors did more with the material that’s been handed them. While normally I’d be cheerleading their attempts to keep things brief, at barely 100 minutes there is an unfinished quality to this I had trouble getting past. I felt like I needed more between Alice and Lydia, needed to see her interact more with her husband, John. Most of all, as hard as both Bosworth and Parrish try (the former performing at a much higher level than the latter, in my opinion), neither is given near enough to do in order for their respective characters to be anything more than rote, one-dimensional caricatures, spending time with either just not particularly worthwhile.

Yet Moore really is wonderful, delivering a beautifully calibrated and nuanced portrait of a woman grappling with the unfathomable loss of self that’s as devastating as it is inevitable. The actress manages to make what Alice is going through tragically universal, allowing the viewer inside her soul in ways that rip the heart clean out of the chest. She’s stunning, make no mistake, and couple that with the scenes Glatzer and Westmoreland do get right, there’s plenty about this film to get behind and cheer.

Not that I did not want more from Still Alice. I did, there’s no denying it, and as such I do feel as if the directors haven’t risen to the heights of previous efforts like the melodiously enchanting Quinceañera. But the film gets just enough right and is anchored by a performance so stunning, it conceals many of the drama’s more egregious missteps. It’s just not what it potentially could have been, making my recommendation an uneasy one at best. 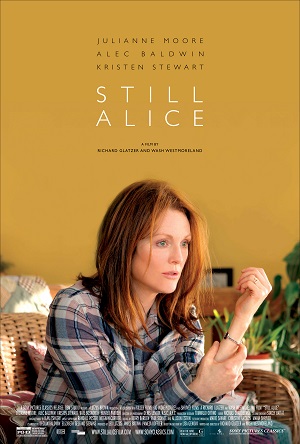