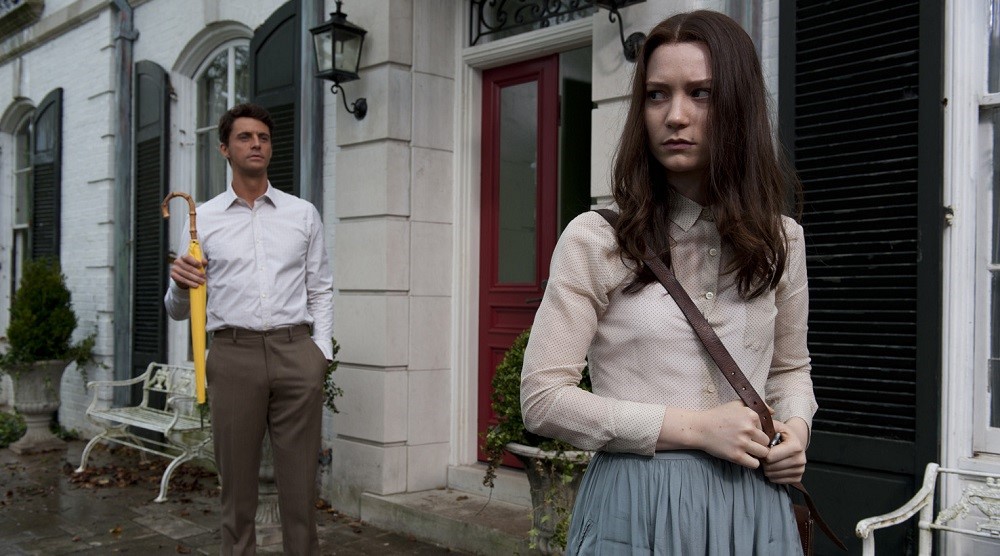 India Stoker (Mia Wasikowska) has just turned 18. Her excitement in is significantly dulled, however, as her beloved father Richard (Dermot Mulroney) has recently died in a tragic car accident. After the funeral she is introduced to an uncle she previously knew almost nothing about, the emotionally mysterious and curiously reserved Charlie (Matthew Goode) charmingly trying to ingratiate himself with the young woman from first glance onward. 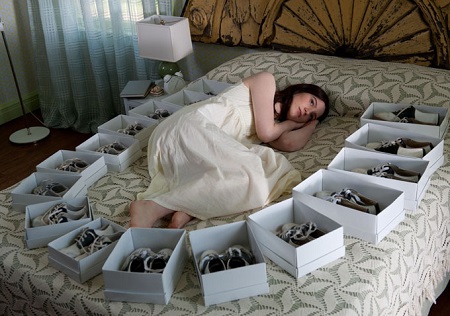 India’s mother Evelyn (Nicole Kidman) is smitten with this younger man, inviting him to stay at their secluded southern estate while they deal with her late husband’s affairs. Their housekeeper Mrs. McGarrick (Phyllis Somerville) isn’t happy with this arrangement, the older woman knowing more about their new houseguest than she wants to admit. Additionally, Gwendolyn Stoker (Jacki Weaver), Auntie Gin to India, has information for her teenage niece, vital news she hopes to impart before Uncle Charlie can ingratiate himself into her heart.

Stoker, directed by Korean wunderkind Chan-wook Park (Oldboy, Sympathy for Lady Vengeance) and written by former “Prison Break” star Wentworth Miller, is an existential, character-driven mood piece wallowing in sexually manipulative subtext. It’s a psychotic variation on Alfred Hitchcock’s Shadow of a Doubt, and while the central dynamic is the same (young woman slowly comes to realization her charming uncle might be a cold-blooded killer), the outcome and interpersonal mechanics propelling the plot forward couldn’t be more different. There is no lightness here, no happy ending, everything building to a blood-soaked conclusion straight out of a gothic nightmare, India’s realizations about her family and herself hypnotically unsettling.

I’m not sure there’s any sort of point to all this vitriol and melancholia. Wentworth’s script, while initially intriguing, proves to be nothing more than surface level platitudes masquerading as in-depth character study. But everyone refuses to bust out of caricature, the main trio so frustratingly one-dimensional that by the time fires begin to build and passions overflow I had trouble caring about any of it. It all plays out like an exquisitely shot and scored art project, but while the visuals are suitably lush the emotions fueling them are so operatically self-indulgent the cumulative effect is off-putting.

Not that the cast doesn’t give it their collective all. Wasikowska, in particular, continues to impress, building on past performances in films as diverse as Jane Eyre, The Kids Are All Right and That Evening Sun proving once again she’s one of the more talented young actresses of her generation. Goode is suitably menacing, while Kidman dives headfirst into her porcelain doll parental figurehead with an undignified tenacity that’s remarkable.

If only the script allowed them more to do, gave them ways to evolve that didn’t seem engineered to paint the prettiest (if still upsetting) picture, Wasikowska, Goode and Kidman, along with their talented costars (which includes, not only Mulroney, Weaver and Somerville, but also Alden Ehrenreich, Lucas Till, Ralph Brown and David Alford), stranded playing to type in order to fit a required motif or visual image than they are tasked to create a complex, three-dimensional human being. Park orchestrates events with aplomb but not with anything resembling care, the heightened emotional state so unrelenting the aftereffect ends up being nothing short of insignificant. 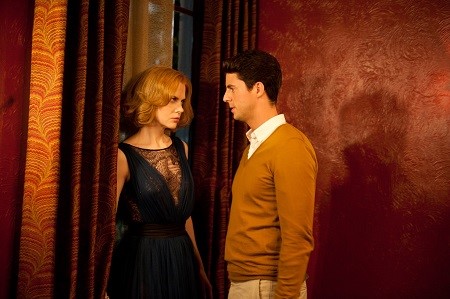 But it does look beautiful. Chung-hoon Chung’s (Thirst) cinematography pops with color and electricity, each image a haunting template of unresolved angst and passion. Thérèse DePrez’s (Black Swan) production design is equally thrilling, while Clint Mansell’s (The Wrestler) suitably eerie score the perfect counterpoint to all the macabre visions of familial dysfunction and unease Park is showcasing. On this technical level the movie is nothing less than astonishing, and for all of its 98 minutes there was always something going on to keep my attention even if the story being told had trouble doing the same.

Stoker will be polarizing, of that I have no doubt. Some will become so enraptured by Park’s visual aesthetic and by the seemingly effortless way in which he moves his actors across the screen little else will matter. For my part, sadly the scenario at the center of this Southern gothic whirlwind never took flight, pretty images and poetic blood-splatters not nearly enough to make sitting through it all worthwhile. 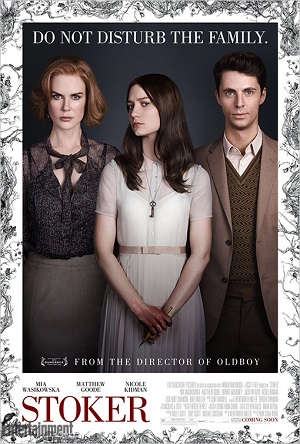