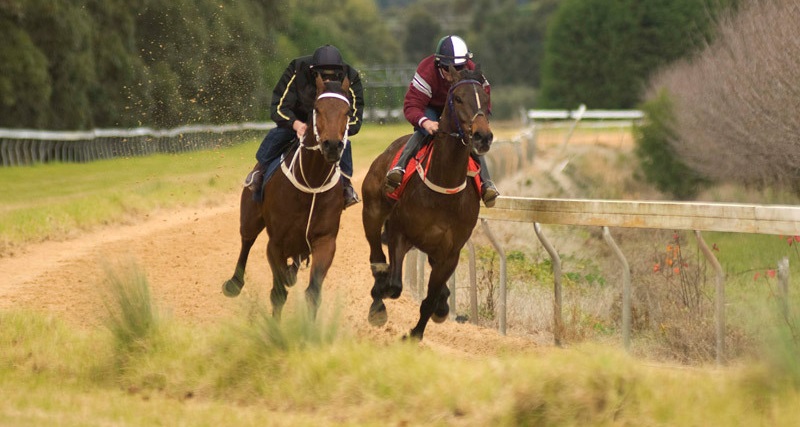 A country is in mourning. After a series of bombings rock the nation, the people of Australia let their eyes drift to towards the annual Melbourne Cup, a prestigious horse race considered one of the world’s great sporting events, everyone looking for hope in the face of unspeakable tragedy.

But for Damien Oliver (Stephen Curry), his loss is more personal than most. Training for the Melbourne Cup his only brother dies in a tragic fall reminiscent of the same one suffered by their famous jockey father 27 years prior, and in the midst of nationwide suffering he’s not sure he’ll be able to find the strength to go on. Enter esteemed trainer Dermot Weld (Brendan Gleeson). He believes Damien has what it takes to triumph, knowing that victory will bring glory back to the young man’s family as well as help a nation in need of a hero heal.

If the story told by The Cup weren’t true, I’d probably have started vomiting in my mouth a little bit while typing out that synopsis. As it is, this movie has me pondering whether or not upchucking is a bad thing, and considering my lunch wasn’t exactly appetizing losing it doesn’t seem like a bad proposition.

Harsh? Probably, but that doesn’t make my feelings towards the new film by director Simon Wincer (Free Willy, Quigley Down Under) any less accurate. If not for some electrically photographed racing sequences, not quite The Black Stallion, Seabiscuit or Secretariat level but still pretty darn effective, or Gleeson’s typically domineering presence I feel like I’d be trampling all over this one with all four hooves if I could. The script by Wincer and Eric O’Keefe is a maudlin mess, and if any film this year has been filled with more syrupy melodrama I haven’t seen it.

This film doesn’t know a cliché it doesn’t want to embrace with a bearhug. Damien frets and rummages around in his own personal despair only to be awakened by feelings of affection for a horse he doesn’t quite understand. Dermot rummages around like a madman and is fond of training methods others find laughable and is makes inspirational speeches designed to arouse the broken molecules of a person’s soul. There is slow motion. There are tears. There are applauding throngs ready to embrace an ‘everyman’ overcoming personal tragedy they can all universally relate to.

Cue the strings which, unsurprisingly, Wincer does again and again and again and again, Bruce Rowland’s (The Man from Snowy River) score on its own probably quite lovely but in the context of the film so smothering I kept wishing I could escape its saccharine refrains. The Cup feels suffocated, almost as if the director is refusing to allow any emotion, anything that could be construed as an authentic human characteristic to come about naturally. It’s as if he has to telegraph all that’s about to happen as if his life depended on his doing so. Wincer has composed an empty spectacle that, even though based on actual events, is about as appealing as a great big slice of three-day-old Spam dipped in moldy mayonnaise. 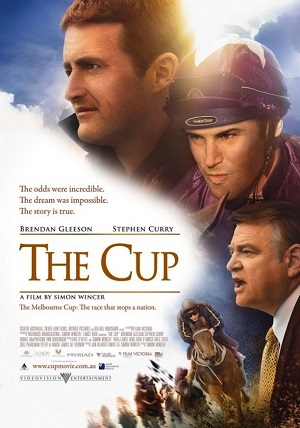