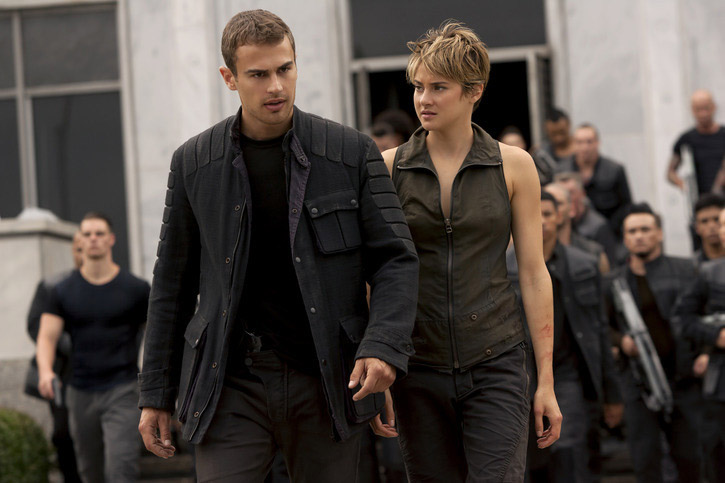 After believing they’d exposed the flaws in the faction system and revealed the duplicitous Jeanine (Kate Winslet) as a power-mad despot in the making, former Dauntless members Tris (Shailene Woodley) and her boyfriend Four (Theo James) find themselves and their closest allies on the run. Somehow the Erudite leader has managed to convince most of the remaining factions – Amity, Candor and the few surviving members of Abnegation – that they, not her, were responsible for the massacre of that latter group three days prior, initiating a city-wide hunt in hopes of seeing them under her thumb.

Why? It turns out Tris’ late mother Natalie (Ashley Judd) was hiding something from her, a box containing an all-important message from the Founders that only a Divergent, someone who possesses the abilities of all five factions but is beholden to none of them, can open. This teen, this insurrectionist who ripped power out of her hands (if only for what appears to be a brief moment), she is the key to opening the box and making Jeanine’s plans come to fruition, a delicious irony not lost on the genocidal madwoman one iota.

If any of that synopsis for The Divergent Series: Insurgent made sense to you, then congratulations, you’re either a fan of Veronica Roth’s popular series of dystopian books, you saw last March’s minor box office hit Divergent or have had things explained to you so many times – likely ad nauseum – by someone who is a fan so many times your head is about to explode trying to keep track of all the ins and outs of this overly elaborate mythology. The basics? Tris is the hero. Four is the courageous boyfriend hiding secrets. Jeanine is the evildoer who is afraid of things outside her control and/or her understanding. Other than that, there’s really not all that much more you need to worry about, for as convoluted as things appear, this is still pretty basic stuff when you get right down to it.

As for this sequel itself, it’s safe to say director Robert Schwentke (Red), taking over the reins from the departed Neil Burger (who does stay on as executive producer), isn’t particularly concerned with taking any of this too seriously. It’s as if he gets just how inherently dumb all of this is, and as such puts more emphasis on thrills, chills and visual razzle-dazzle than he does anything substantive. He also keeps things relatively quick of pace, the film running just under two hours, making it all surprisingly easy to sit through.

Do not misinterpret what I’m saying. While this sequel isn’t a disaster, while it’s far from horrible, that doesn’t make it a success. As silly and as stupid as the first chapter in The Divergent Series was, this middle effort is even more trifling, everything building to a conclusion that’s so unintentionally hysterical it almost feels like a bad joke. It’s as if Roth watched a few of The Village filmmaker M. Night Shyamalan’s lesser efforts and decided to take their idiotic twists and imbecilic turns as gospel, penning an entirely trilogy of novels inspired by their most farfetched lunacies.

More than that, Jeanine’s plan is so obviously evil it’s head-scratching that the other faction leaders are so willing to take what she tells them at face value. It’s like they don’t want to believe their own eyes, are perfectly content to let her goons run amok around the city gunning down whoever they want. On top of that, the plot twists involving Four and his long-forgotten mother Evelyn (a clearly slumming Naomi Watts) are asinine, their relationship building to a not-remotely-shocking-shocker of a conclusion that only exists to set up events to come in the trilogy’s final installment Allegiant (the film version to – surprise, surprise – be split into two parts).

But none of that compares to how the narrative treats Tris. While Woodley is a terrific actress, it’s clear she’s having at least a small bit of trouble keeping track of her character’s ever-shifting mood swings and emotional states. Her reasons for doing things aren’t always clear, and why she suddenly feels the need to go back for additional helpings of Jeanine’s little black box just as the city is erupting in revolutionary fervor is beyond me. Woodley tries her best, delivers the emotional bang a couple of times, especially during a couple of the film’s more impressively staged set pieces, but overall she struggles to make the young woman relatable or three-dimensional, and as such, caring about either her or how her relationship with Four is going to turn out is more or less a waste of time.

Still, Schwentke does come up with some impressive sequences filled with kinetic visual wonders I was impressed by, not the least of which being Tris’ continued virtual reality descents into Jeanine’s enigmatic box where she faces a quintet of tests each designed to represent one of the city’s five factions. There is an inherent intensity coupled with a healthy dose of adrenaline fueling these tumbles into mystery and mayhem, giving these scenes a mesmeric quality the remainder of the sequel sadly lacks.

Much like its predecessor, it’s hard for me to rustle up anything akin to hate for Insurgent. It’s reasonably well made, and Schwentke does do a fine job of not taking the material seriously, attempting to play up the more inherently action-packed elements of the narrative whenever he can. But Roth’s source material is as dumb as it’s ever been, and while I appreciate that the filmmakers don’t end things in a blatant cliffhanger, that doesn’t make me any more excited to watch what happens next. 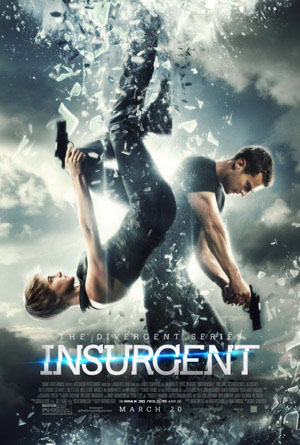