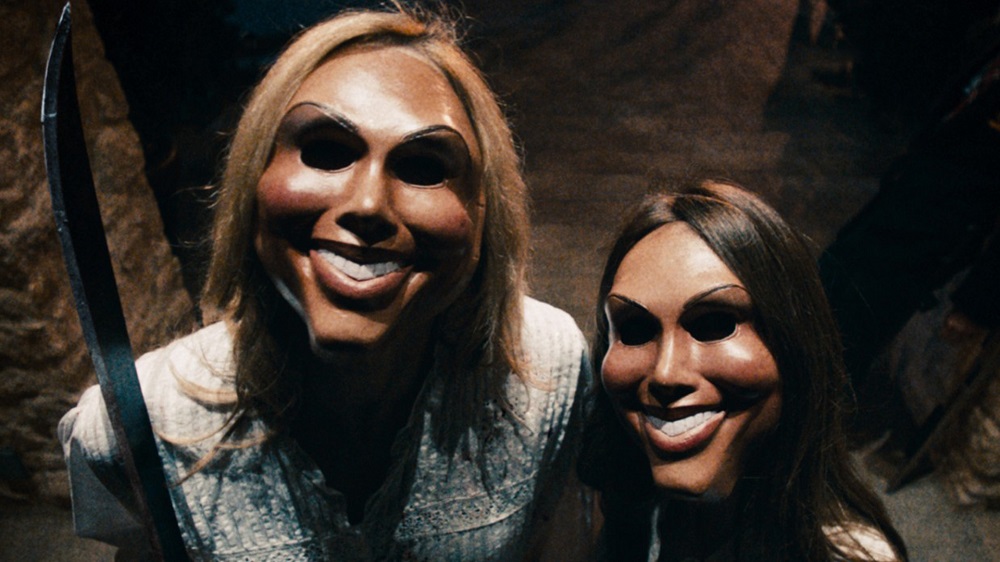 The year is 2022. The unemployment rate in America has dropped to a staggering low while crime borders on nonexistent. There is a freedom unlike anything the country has known in generations, neighbor welcoming neighbor with open arms and all walking around with a spring in their step and a smile on their face. It’s a borderline utopia for a majority, the good days seemingly without end for those with the coins in their pocket to secure it. 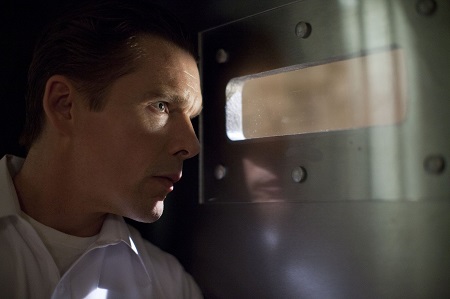 All of this comes at a cost. In order to allow society to release their inner demons, the ruling authority, dubbed ‘The New Founding Fathers,’ has allowed one 12-hour period a year, 7:00 p.m. to 7:00 a.m., to be an anything goes shooting gallery free of law enforcement and emergency services. Crime, during this one evening, even murder, is allowed, the haves descending upon the have-nots in droves unleashing a murderous fury the likes of which cannot be imagined.

James Sandin (Ethan Hawke) is one of the haves. He, his wife Mary (Lena Headey) and his kids Zoey (Adelaide Kane) and Charlie (Max Burkholder) live in a gated community protected for all intents and purposes from the outside world. On top of that, his house has a top-of-the-line security system that’s secure against 99-percent of standardized attacks, the wealthy suburbanite knowing all the ins and outs of how to keep his family safe seeing he’s the top salesman for his company specializing in the installation of such home defense systems.

Things go wrong, of course, James and his family finding themselves under assault by a driven group of a maniacal whackos after Charlie has a crisis of conscience and allows a wounded homeless man (Edwin Hodge) into their house. He was the original target of the group’s lethal desires, their smooth-talking leader (Rhys Wakefield) blithely insisting it’s their right to dismember the man limb by limb as members of the privileged elite. It’s an ethical crossroads for the Sandins. Deliver him outside and they will be spared but potentially at the cost of their souls; do the morally just thing and keep him protected but in the process put all of their lives in danger.

It’s a silly premise, to be certain, the central conceit of writer/director James DeMonaco’s The Purge more than a little unbelievable. Yet what it’s talking about, the thematic subtext behind all of this horrific carnage and depravity, that does have basis in the here and now, and one could easily imagine certain talking points coming from the mouths of various political candidates and television cable news hosts sounding terrifyingly similar. Say what you will about either movement but the heart and soul of Occupy Wall Street and the Tea Party did bring about conversations about wealth disparity and cultural (and corporate) privilege in this country, those ideas taken to a grotesquely unsettling extreme in the world imagined by DeMonaco.

Not that the movie wants to spend a ton of time making satirical points. At its heart this is a John Carpenter meets Howard Hawks riff on an old school action staple: a small group of heroes held up in a vulnerable locale beset by an endless onslaught of villains intent on taking their lives. Granted, considering DeMonaco was a writer on both the 2005 Assault on Precinct 13 remake as well as 1998 Samuel L. Jackson hostage thriller The Negotiator these similarities shouldn’t come as any sort of surprise, the connective tissue between one to the other rather obvious.

As such, a lot of what transpires isn’t a shock. The Sandins rally together as a unit in a collective effort to protect their home from these invaders, giving into their carnal, uninhibited primal side of their nature in order to ensure survival. Guns are fired, knives are drawn and limbs are severed, and while all of it is expertly staged, edited, shot and choreographed (kudos to production designer Melanie Jones, editor Peter Gvozdas, cinematographer Jacques Jouffret and the entire stunt team) the routine familiarity of it all can get a little tiresome, and on more than one occasion I did roll my eyes at the sheer stupidity of some of what was going on.

But the acting is more or less universally strong, especially in regards to both Hawke and Heady, while some of the little touches that DeMonaco sprinkle throughout manage to speak in greater volume than any of the film’s more violently hyperbolic moments. I love that the filmmaker doesn’t spell out who the stranger Charlie allows into the house is, doesn’t make concrete his circumstances or background. There are hints, numerous ones, all of them adding one to the other allowing who he is and where he’s come from to mean something intimate and personal, and whether one believes the Sandins are doing the right thing protecting him says more about the viewer than it does about any of the mostly one-dimensional figures who populate the movie itself.

Even in our most fervent dystopian nightmares, it’s unlikely the scenario depicted within The Purge could ever come to pass. At the same time, what DeMonaco is talking about, the points he wants to make about society at large and the social malaise infecting large segments of it, those come through with crystal clarity, and while the actual horror-thriller aspects of the central narrative might be on the obvious side the moral and ethical talking points are anything but. It’s a solid effort, one I’m certain to return to, DeMonaco’s confident handling of it all elevating this B-grade genre entry to a curiously thought-provoking plateau it likely never would have reached otherwise. 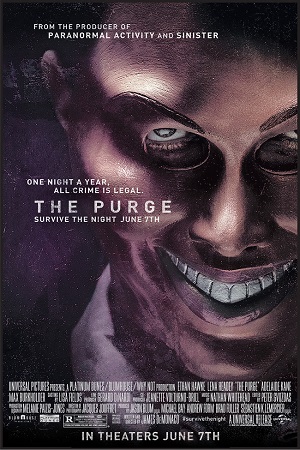