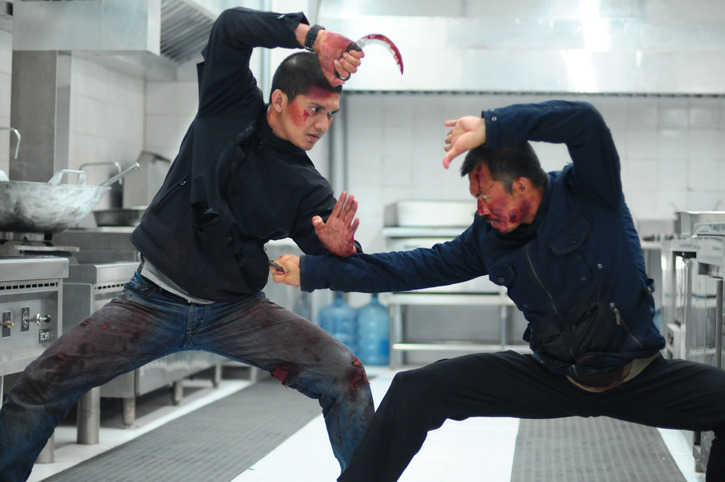 Explosive Raid 2 an Epic Fight to the Finish

Rama (Iko Uwais) made it out alive. After surviving his ordeal inside a building overrun with drug dealers and their bloodthirsty minions with the help of his brother, he thought he’d be able to go home to his wife and newborn baby and resume his life as a rookie officer. But his actions have been noticed, and to make sure his family is safe he agrees to go deep undercover inside the criminal organization running the city and find out just how deep the corruption inside the police department descends.

But what was supposed to be a few months of hardcore immersion into the vilest depths of the underworld suddenly transforms into a handful of years, Rama, now going by the moniker “Yuda,” spending three of them behind bars to more fully construct his cover. While there, he uses that time to protect and befriend Uco (Arifin Putra), the son of prominent and powerful kingpin Bangun (Tio Pakusodewo), and from the moment he gets out the undercover operative finds himself right at the very heart of the madness he’s been asked to help destroy. 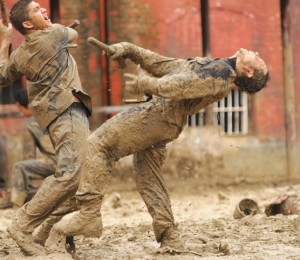 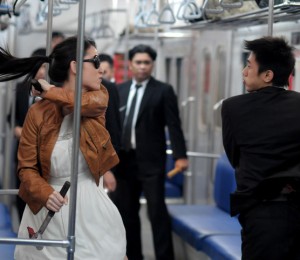 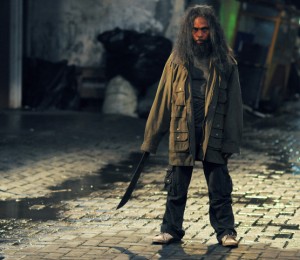 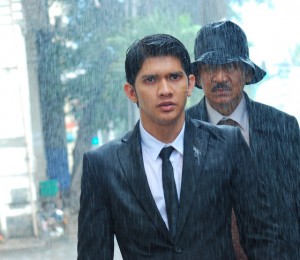 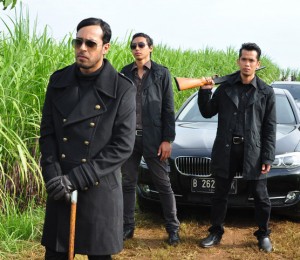 There’s nothing simple about The Raid 2. Writer/director Gareth Evans’ ambitious, complex follow-up to his surprise international action hit The Raid: Redemption, the sequel leaves the simple, straightforward ideas of its predecessor in the dust. It presents a sprawling, multi-character epic of revenge, corruption, honor and tragedy that’s like some sort of histrionic crossbreeding of Michael Mann’s Heat, Sidney Lumet’s Prince of the City, Martin Scorsese’s The Departed (and, by extension, Andrew Lau and Alan Mak’s Infernal Affairs) and Brian De Palma’s Scarface.

The Raid 2 is massive, filled with eye-popping action sequences that blow the mind, everything in service to a story so convoluted and cryptic making heads or tails of its more nebulous aspects borderline impossible.

Actually, massive doesn’t even to begin to describe what’s going on. Evans has imagined a world where double-crosses, assassinations and recrimination are a daily way of life, innocent bystanders just cannon fodder fit for annihilation. There are at least three different gangs vying for power, not to mention the numerous cops and politicians all on the take, everything swirling together in sea of mayhem and misery the likes of which the film’s own 150-minute running time can barely contain. Up is down, down is up and sideways, don’t even talk to me about sideways, everything so discombobulated I’m not even sure if the director himself knows how all of it fits together in the end.

Funny thing is, even with so much more going on, even with so many pieces vying for attention, The Raid 2 is every bit as relentless as its predecessor, Evans staging scene after scene of epic action fireworks overflowing in imagination and enthusiasm. From a singularly fascinating prison yard brawl in an ocean of mud, to a hammer-wielding femme fatale slicing and dicing her way through a subway care filled with fellow enforcers, to a magnetic centerpiece inside a grungy nightclub between a lethal nondescript hitman and a cadre of machete-wielding marauders intent on doing him in, every moment is a dance with death Fred Astaire and Gene Kelly would have been proud to have choreographed themselves. There is a musical quality to these set pieces that are one of kind and incandescent in their splendor, each action sequence a violent mélange of grace, elegance and pugilistic grotesquerie that’s truly one of a kind.

At the same time, much like The Raid: Redemption, all of this can feel a bit much at times, and forgive me if there were moments were all the bloodletting made me feel more than a little punch drunk. On top of that, the story is so big, has so many moving pieces, it understandably has trouble coming together all that cohesively, characters coming and going so frequently few of them resonate on anything close to approaching an emotional level. Evans may have a genius where it comes to staging action but handling story and narrative arcs still isn’t exactly his specialty, the fact he loses his grip on them from time to time hardly a surprise.

Nonetheless, as sequels go this one is such a monumental improvement over its first chapter I’m almost agog at what it is the filmmaker has accomplished. The film is filled with wonderful moments, all of it centered around an identifiable hero who risks all that makes him what he is in order to save a family he loves more than anything on the face of the planet. The Raid 2 isn’t without its problems, isn’t completely devoid of issues, but that doesn’t make it any less of an eye-popping, action-filled delight, Evans cementing himself as a genre director par excellence whose star continues to rise. 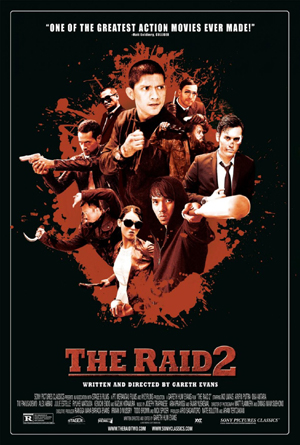