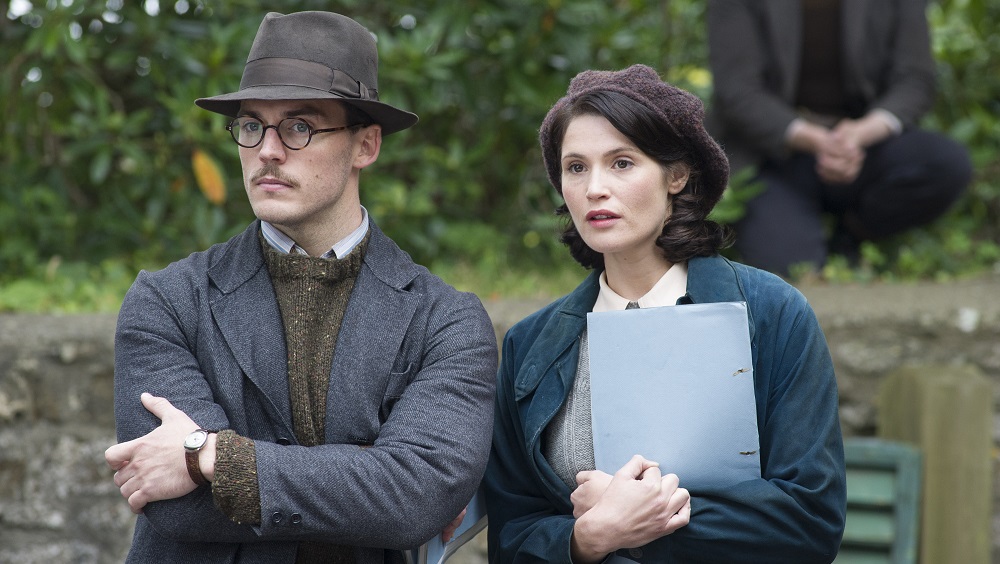 It is 1940, and Catrin Cole (Gemma Arterton) has been handed a remarkable opportunity. With a war raging and German bombs dropping on London almost every night, the plucky advertising copywriter is asked by the British War Department to help boost morale by writing dialogue for female characters in government produced short films designed to help the war effort. Nicknamed “slop” by the male writers working on the same material, Catrin proves to be very good at this job, so much so screenwriter Tom Buckley (Sam Claflin) sends her out to the coast to interview a pair of sisters who, according to reports, courageously assisted in the massive evacuation of Allied soldiers from the beaches of Dunkirk. 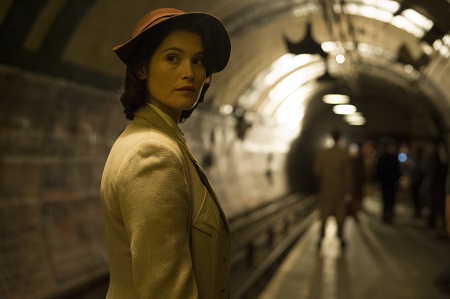 While the story doesn’t check out exactly as described, that doesn’t mean there still isn’t something there. Catrin sells the sisters’ story as a potential feature, and the War Department eats it up. She is immediately tasked to assist Tom in the writing of a script, one with strong female heroines and a mixture of comedy, drama, romance and action to keep viewers in Britain and America entertained. But it also needs to get them excited to be a part of the war effort and, in the case of the United States, hopefully convince them entering the fight against Nazi Germany is of the utmost imperative. Catrin gives herself over completely to the project, and even in the face of unimaginable personal hardship and war-ravaged tragedy she learns the most important thing about show business: no matter what the cost, the show must go on.

Based on the 2009 book Their Finest Hour and a Half by Lissa Evans, with a script by BBC television veteran Gaby Chiappe (“Vera,” “The Level”) and directed by award-winning filmmaker Lone Scherfig (An Education, Italian for Beginners), the World War II British home front drama Their Finest is incredibly entertaining. It is funny, charming, romantic and surprisingly emotional, the movie an honest examination of what it must have been like to be living in Britain during the war. Chiappe’s script, while never shattering convention, also doesn’t mince words or try to sugarcoat the situation, and while certain elements do stumble into melodramatic convenience, overall this is a bracing, deeply affecting effort all involved should be proud of.

For Scherfig, the film is a noticeable return to form for the Danish director after she stumbled with 2011’s dreadful One Day and had trouble maintaining a consistent tone with the nicely acted if dramatically inert 2014 drama The Riot Club. This is a smooth, confident film, one that transitions through its various narrative strands with ease. Scherfig never loses her focus and as such the central focus remains on Catrin and her personal journey no matter what else might be going on within the story at the same time. It’s an impressive balancing act, the director managing to even soften the more cliché elements when they sneak their way in, making even the most coincidental twists of fate appear more authentic than they potentially could have been.

I do love how much is going on here. There are a number of intriguing subplots, not the least of which is one involving sixty-something actor Ambrose Hilliard (beautifully underplayed by Bill Nighy) who must come to grips with the fact he’s no longer an above-the-title star and is instead the veteran character guy called in to play the loveable drunken uncle who gets killed off before the third act. This is a delightful little arc, one that is surprisingly poignant, Hilliard’s path to being in Catrin and Tom’s film a pleasantly moving one. A number of little asides involving him, most notably one concerning his agent and best friend Sammy Smith (Eddie Marsan) and his driven, intelligently outspoken wife Sophie (Helen McCrory), are magnificent, while a final dialogue between the actor and one of his writers in the wake of senseless tragedy had me choking back a handful of tears. 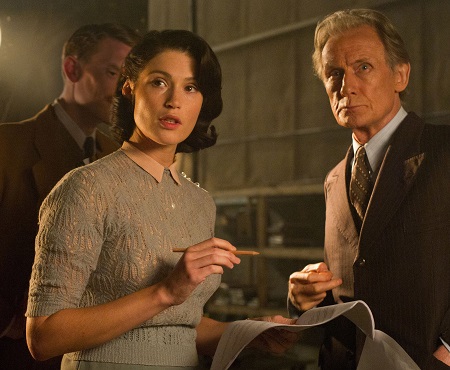 Arterton is excellent, her chemistry with Claflin absolute perfection, the two actors disappearing into their respective roles. While the ins and outs of their relationship almost never surprise, that doesn’t make the blossoming of their friendship and emotional intimacy to feel any less sublime. Arterton soars, delivering her best performance since Neil Jordan’s mesmerizing 2012 supernatural stunner Byzantium, Chiappe’s screenplay requiring the actress to jump through a number of varied emotive hoops as things progress. It’s a difficult balancing act, one she pulls off with mesmerizing grace, all of which allows for Catrin’s transformation to have real resonance, especially as things move towards their difficultly tragic conclusion.

What’s notable is that, even if everything doesn’t work out as perfectly or as nicely as the viewer hopes it will, Their Finest never forgets for a second that this is a world at war and happy endings aren’t always possible, the empowering euphoria of where things end up cannot be denied. Scherfig allows the unspoken to speak volumes, the reaction of a pair of random moviegoers showcasing the vitality of the cinematic image in a fashion that is pure, distinct and imperative. Catrin finds herself, discovers who she is, and, in this discovery tells us something about ourselves, our dreams and what we can accomplish in this world as long as we have the courage and the fortitude to put ourselves out there to potentially fail. 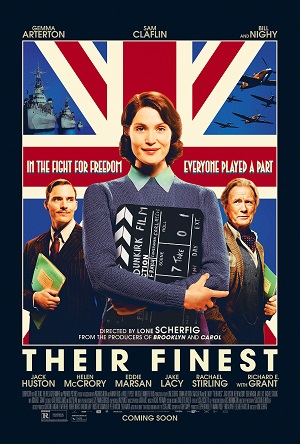