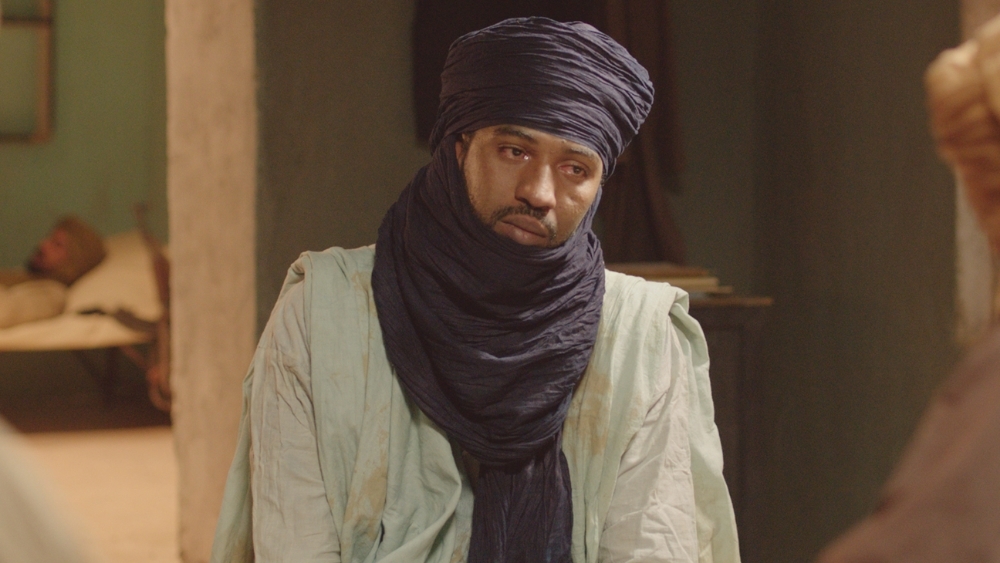 Stunning Timbuktu a Masterwork of Triumph and Tragedy

While things in Timbuktu are hardly peaceful, religious fundamentalists have taken over and imposed backbreaking laws born from dubious interpretations of religious scripture, a few miles outside of the city farmer Kidane (Ibrahim Ahmed dit Pino) lives in peace with wife Satima (Toulou Kiki), daughter Toya (Layla Walet Mohamed) and 12-year-old shepherd boy Issan (Mehdi A.G. Mohamed). A cattle herder by trade, the family man and father doesn’t so much want to live outside the law so much as he wants to avoid the wrath of the Jihadists, figuring if he and his family continue to fly quietly under the radar none of them will have anything to worry about.

Things change after a fisherman kills Kidane’s favorite cow leading to an accidental tragedy born of anger and frustration but was never intended to be lethal. Suddenly the laws in Timbuktu no longer seem so silly, so far away and definitely not so trivial. Kidane and his family are suddenly in the middle of a surreal nightmare, the chances any of them will ever be the same after it’s all sorted out are sadly zero.

This is Timbuktu, and not only is it the small country of Mauritania’s first submission for Academy Award consideration it just so happens to have made the final cut and become one of this year’s five Oscar nominees for Best Foreign Language Film. Bold, vibrant and alive, this is a staggering look at religious fundamentalism that left me breathless, weary and emotionally spent by the time it came to its conclusion. In all ways extraordinary, director Abderrahmane Sissako has delivered a monumental effort that is as thought-provoking as it is entertaining; without a doubt, this as fine a spectacle as any of the other four features nominated in the category.

Parallels to the here and now are obvious, but what is most striking about this particular effort is how, even with its inherent roots in current Middle East turmoil, Sissako manages to make things feel innately universal. This isn’t just a story about Muslims, instead it is one that is interested in the welfare of all, showcasing how fundamentalist dogma of all faiths can twist even the purest of hearts to do unimaginable evil.

Even at a relatively brisk 97 minutes there are some pacing hiccups, the film moving at its own unhurried clip even when things are spiraling out of control hurtling down a perilously bleak mountainside. It could also be said that Sissako doesn’t shade things in anything resembling grey, painting things in black or white making the dividing line between right and wrong crystal clear for the majority of the narrative. The filmmaker takes a decided moral stand, and while it’s hard to argue against his position it does make the villains attempting to bring Kidane to heel a lot less interesting than they maybe could have been somewhat diluting the emotional impact of the piece in the process.

But only slightly. Overall, Sissako does a masterful job orchestrating things, fiercely building tension allowing the chaos and tumult of climactic events to be shockingly impactful even if they’re not altogether surprising. He also gets stupendous performance out of dit Pino and Kiki (both nonprofessionals), the two sharing a symbiotic chemistry that’s haunting. Additionally, the film is incredibly shot by cinematographer Sofiane El Fani, and whether the images projected are the vast expanses of desert sand dunes or the claustrophobic interiors of a de facto police station everything manages to have an underlying majesty that feels comfortably organic.

But the real star of the show remains Sissako’s script (co-written with Kessen Tall) along with his confidently self-assured direction. He layers his themes with dexterous simplicity, and while the subtext of what it is he’s hinting at isn’t subtle the way he delivers his sermon most definitely is. The filmmaker proves himself to be a master craftsman who leaves nothing to chance, understanding the medium in which he’s working in microscopic detail. Timbuktu is a marvel, a timeless melodrama of triumph and tragedy that’s as stunning as it is unforgettable. 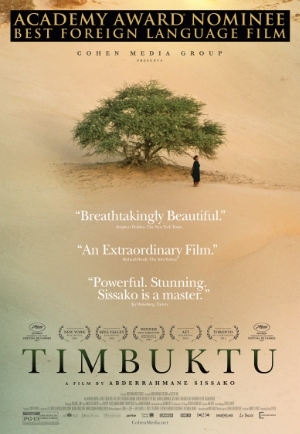