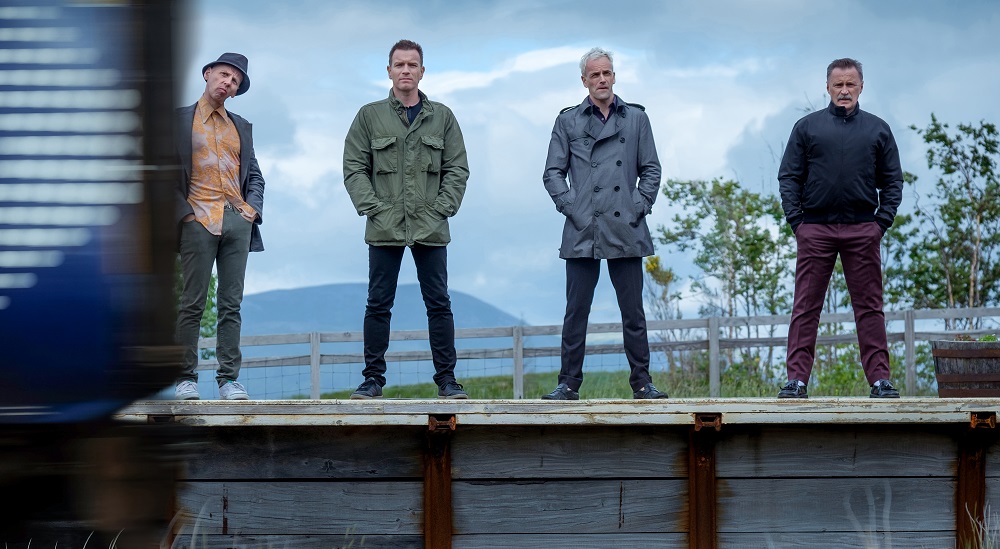 Twenty years after leaving friends Simon, a.k.a. “Sick Boy” (Jonny Lee Miller), Spud (Ewen Bremner) and Frank Begbie (Robert Carlyle) sitting in a London hotel room (mostly) empty-handed after an impromptu sale of £20,000 worth of heroin, Mark Renton (Ewan McGregor) return to his Welsh homeland to ease his weary conscience. He’s been living in Amsterdam for the past two decades, trying to put behind him the choices that were made and the moderately selfish reasons that fueled them. But now Renton is back, and while his reunion with Spud has been mutually cathartic, walking back through the door of Sick Boy’s bar is a much different animal entirely. As for Begbie, it’s best he just stay away from him, the man’s notoriously violent temper if anything far worse now than it was 20 years ago. 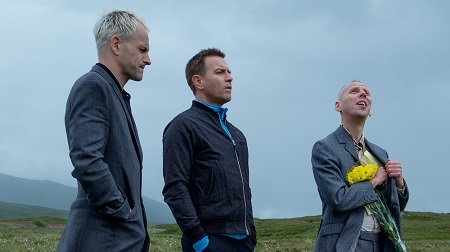 Yet T2 Trainspotting works. It is a heartfelt, emotionally cathartic return to this world and to these characters that expands on each man’s respective story in ways that are honest, pure and heartbreakingly genuine. These are individuals who have not been able to overcome the demons of the past, and while some have proven to be more successful at “choosing life” than others have been, each is still haunted by drugs they’ve taken, the choices they’ve made and the friendships they for whatever reason chose to leave behind. It’s a striking film, and while the freshness and originality of its predecessor understandably cannot be regenerated, the fact Boyle and company don’t even make the attempt to do so is actually a refreshing turn of events I can’t say I walked into my screening anticipating.

Not that nostalgia isn’t part of this story. With a character returning to directly face down the ghosts of his past, it goes without saying it would have to be, the very nature of Renton’s return allowing for flashbacks and remembrances of days gone by. But these brief sojourns into wayback machine are coupled with fresh understanding of where things sit now, how little has actually changed and that joy without pain or love without loss wouldn’t mean near as much if each emotion were not intertwined with its polar opposite. Hodges’ script digs surprisingly deep, refusing to offer easy answers or excuse the actions of any of the characters, whether they be happening now or occurred during their collective youths.

Not that there isn’t a little bit of a feeling that we’ve seen much of this before. Renton, Spud, Sick Boy and Begbie may all be looking at their lives through fresh eyes, but that doesn’t mean they’ve changed near as much over this two decade period as they likely hoped they would. Most of them are still reaching for stars that are clearly outside of their grasp, while for most – not all – of them heroin might be a demon of the past that doesn’t mean they’ve escaped the haunting tragedy of addiction. Nothing that takes place throughout the story equals the shock and awe that accompanied the sights and sounds that filled the entirety of Trainspotting, and as little packs the same sort of wallop that accompanied numerous moments littered throughout the original film.

Even the main new character introduced here, an immigrant working with Sick Boy named Veronika (Anjela Nedyalkova), is more or less a version of Renton from 20 years prior, only without the addictive personality that led to him self-destructing virtually every time he tried to do anything different with his life. And yet, newcomer Nedyalkova is so good in the role, her chemistry with her costars, most notably McGregor and Bremner, is so undeniably strong, watching her navigate her way through this chaotic reunion is consistently engaging. She’s superb, bringing a fresh vitality and a youthful vigor to things that is notably intoxicating. 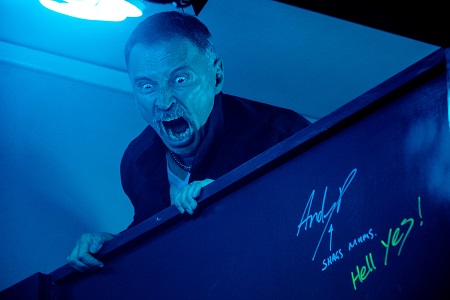 Frequent Boyle collaborator Anthony Dod Mantle (Slumdog Millionaire, Trance) does a magnificent job shooting things, his camera eloquently recalling the same sort of visual style and aesthetic creating by original Trainspotting cinematographer Brian Tufano yet doing so in a way that adds a sense of maturity and depth that fits the number of years each character has aged. It’s a spectacular showcase, edited brilliantly by Jon Harris (127 Hours), and even at almost 30 minutes longer than its predecessor (running just under two hours) there was never a moment I felt things were being drawn out or elongated in ways that were egregious or noteworthy.

I still don’t know if this sequel is a necessary animal. There’s not a ton new or unexpected that’s happening, and as playfully exuberant as the climax might be none of what transpires is close to surprising. But all the actors are superb, especially McGregor and Bremner, both adding layers of depth and introspection to their respective characters that is hugely impressive. More than that, Boyle directs the film with an energetic enthusiasm that, while not equal to the original, still comes very close to getting there. T2 Trainspotting is a fine reunion, and while the punk portion might not be as raucous as it once was, that doesn’t mean these four men have forgotten how to rock one tiny little bit. 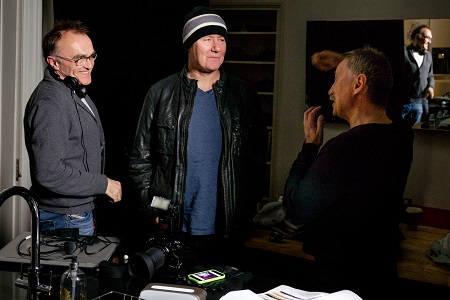 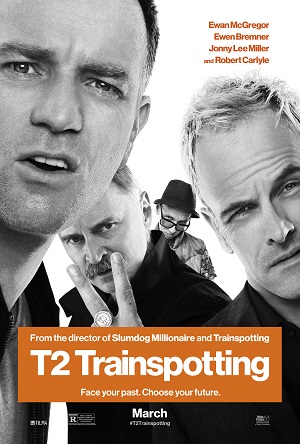