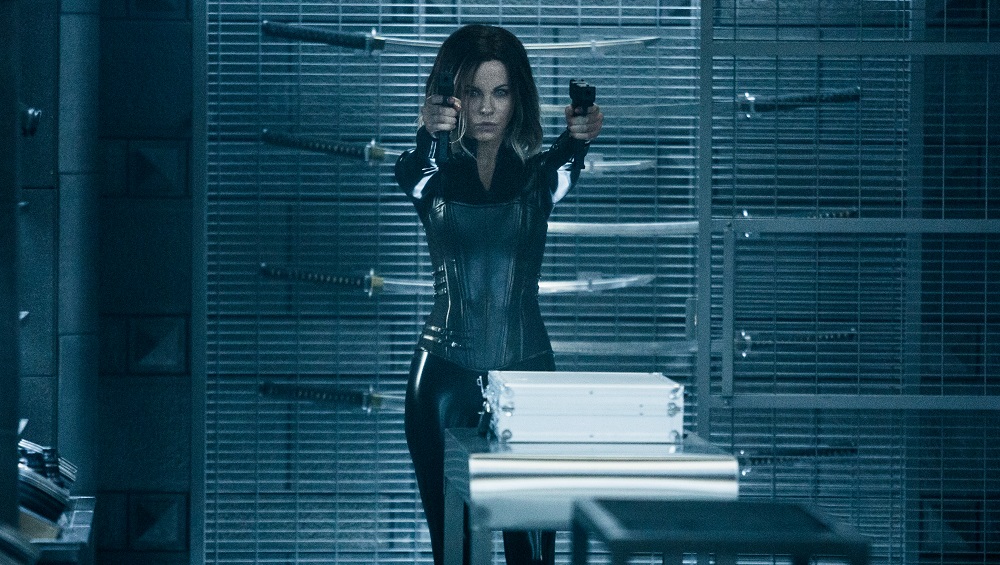 “There is no beginning, there is no end. There is only becoming.” 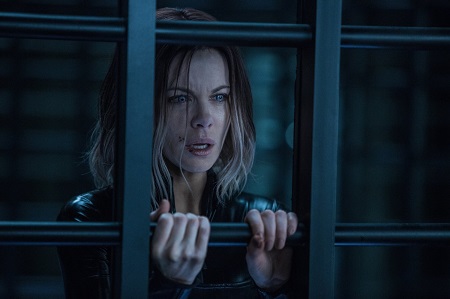 “If you’d have told me 2003’s Vampires vs. Lycans (i.e. werewolves) adventure Underworld would go on to spawn four sequels and gift star Kate Beckinsale an iconic action heroine in the form of the bloodthirsty Selene, I’d have thought you were insane. While I enjoyed the film, I’d never have imagined the series would continue as it has, the ongoing popularity mildly perplexing.

There’s a big double-cross, which shouldn’t come as any sort of surprise for those who have stuck with Underworld from the beginning. There’s also a gigantic reveal involving David (Theo James), Selene’s only apparent ally, Thomas’ son introduced in Awakening. Most importantly, there’s a glorious new female vampire played by ‘MI-5,’ ‘True Blood’ and ‘Da Vinci’s Demons’ star Lara Pulver who is kind of terrific, the depth and breadth of her bloodcurdling duplicity befitting of a larger-than-life cartoon villainess this series has needed since the beginning. Finally, we even get to go full ‘Game of Thrones’ and discover an entirely new vampire enclave of white-haired Nordic warriors with mystical powers, all of them ready to divulge ancient secrets involving both Selene and David. 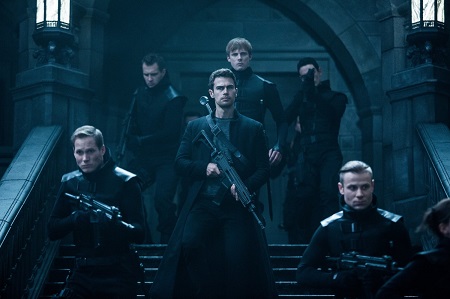 Nonetheless, I got a kick out of Underworld: Blood Wars. It’s a step up from the last entry in a lot of major ways, Foerster showcasing solid directorial chops that helps give this fifth chapter an added infusion of energy and excitement I wasn’t anticipating. As ludicrous and as thin as all this might remain, I still find Underworld to be a fun series, one that Beckinsale anchors with more gravitas and enthusiasm than it perhaps deserves. If there is a final chapter, I’ll be there to see it opening night, happily paying for a ticket alongside other fans eager to see how Selene’s story comes to its end.”

I tend to be an easy sell as far as these Underworld films are concerned, and as long as Kate Beckinsale keeps returning to them, I’ll likely remain moderately curious to see how each sequel is going to turn out. Underworld: Blood Wars might not reinvent the wheel as far as this franchise is concerned, but that doesn’t make it any less fun for fans, this latest entry in the vampires versus werewolves franchise well worthy of a look. 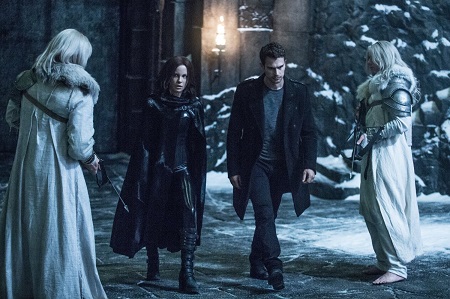 The Evolution of Selene (8:09) – Brief featurette chronicling Selene’s journey up to this point.

Old & New Blood (6:15) – A look at a handful of the heroes, both returning veterans and franchise newcomers.

The Evil Evolved (6:07) – A look at the new villains, all of whom play a vital role in Selene’s continuing travails.

Building a Blood War (12:03) – Routine featurette looking at the film’s making, focusing mostly on the production design and costuming.

Underworld: Blood Wars Graphic Novel – The movie in graphic novel (i.e. comic book) form, shown two pages at a time and with the movie’s score playing in the background.

It’s easy to dismiss any of these Underworld movies out of hand. Thing is, you either enjoy them or you do not and, if you do, you get excited about each new entry in the series even if you’re fairly certain it isn’t going to do much to differentiate itself from any of the previous adventures. While Underworld: Blood Wars does indeed offer up mostly more of the same, it’s still presented with energy and confidence, Kate Beckinsale once again making for a fascinating heroine who is worth staying emotionally invested in. Sony’s Blu-ray presentation is strong, and as such fans are urged to give this release a look. 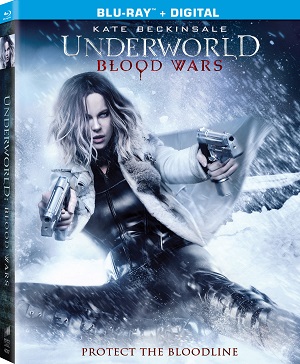