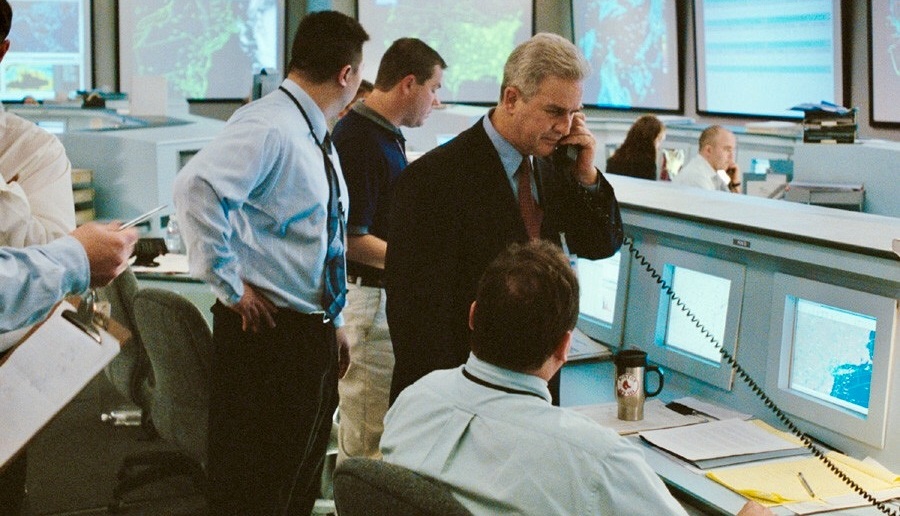 I saw director Paul Greengrass’ United 93 about 24-hours ago, and no matter how hard I try I just can’t stop shaking. Not because the film is nail-bitingly terrific (it is), or because it is a masterwork of building tension and suspense (it is that as well), but more because of the memories it dredged back up out of my subconscious while I was watching it. September 11, 2001 may not have struck me here in Seattle as literally as it did those in New York and Washington, DC but I, like most Americans, still felt its titanic impact. Watching this docudrama brought all those feeling back, none of which have dissipated since the second I stepped back out of the theatre.

Good. It is about time a movie had the courage to make me think and to make me cry about this event all over again. It is time an artist told, without taking political sides, stories that assess who we are as individuals, as a society and as a country in the wake of this heinous act of senseless terror. Greengrass fearlessly tells a story that asks every viewer to look into the mirror and honestly consider just how far we’ve come since that tragic day when a group of cowardly terrorists did the unthinkable, reminding us of the fear we all felt as well as the collective resolve to not allow evil to be victorious that quickly rose up in the wake of the collapse of the World Trade Center towers.

There are those, of course, who will cry that it’s just too soon for a picture like this to exist. That events are still too fresh for people to properly understand what it is Greengrass is showing us. I have a word for that: Hogwash. I refuse to believe that could ever be the case. Is it too soon to honor those pushed into an act of heroism that, while taking their own lives, maybe saved hundreds, maybe thousands, more? Is it too soon to ask what their sacrifice has meant almost five years later? Is it too soon to wonder if the road against terrorism our leaders have been charging down has actually changed a darn thing? Is it too soon to hurt? To cry? To feel?

Of course it isn’t, and while Greengrass’ film is only concerned with the events of the day so far as they affected those aboard United Airlines Flight 93, the questions it asks and the feelings it generates go so much deeper than those purposefully narrow concerns. We live in a country where we cherish our rights of free speech, public discourse and creative expression. Those crafting the U.S. Constitution wanted citizens, no matter what their political stripes, to ask questions and state their opinions, knowing that doing so would hopefully bring everyone together into that more perfect union they were fastidiously working so hard to construct.

It’s often hard to believe that’s the case anymore. Political discourse in the United State, whether it be on the Right or on the Left, conservatives or liberals, has reached such a fevered pitch we’ve become inclined as a society to turn down the volume and roll eyes our eyes in disgust every time someone we disagree with opens their mouth. Greengrass, a Brit known for searing docudramas like Bloody Sunday and the director behind The Bourne Supremacy, seems to know this, and by utilizing the kinetic electricity of that day’s chaotic and heinous events he propels audiences into the middle of an essential conversation that should have happened eons ago.

Talking about the important issues of the day is a privilege Americans have started to take for granted. What a movie like this does is remind viewers is that this right could easily be lost if we continually refuse to participate in the communal discourse. This refusal introduces the prospect this freedom could someday disappear entirely of the only voices speaking are the ones spewing falsehoods, propaganda and corrosive vitriol, this possibility more terrifying, to me at least, than another terrorist strike.

But that is my opinion and my opinion alone, and large part thanks to my watching of United 93 I feel more comfortable than ever to state it aloud. The passengers aboard that plane died selflessly and valiantly to protect a country and a way of life they dearly loved. They sacrificed their futures to ensure others on the ground would not die and would live to see another dawn. They took a stand for democratic ideals citizens of the United States have professed to cherish for over two hundred years.

Too soon? I’d go so far to say not soon enough. 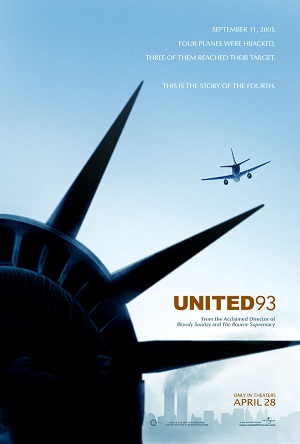