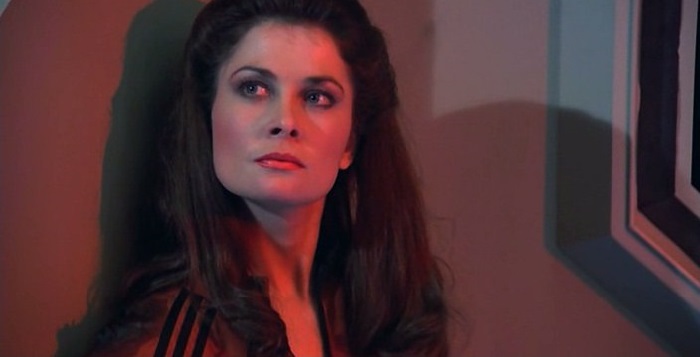 “The Visitors came here to suck us dry, and when they’re finished with this planet, they’re gonna take it like an empty beer can and toss it over their shoulder.”

As a kid back in the early ‘1980s, I remember getting all kinds of excited when I started seeing commercials for NBC’s V miniseries. Watching this 1983 gem was a two-night family affair, one of those rare instances I was allowed to stay up past my bedtime so we could all watch the intergalactic awesomeness together.

We did the same a year later, 1984’s V: The Final Battle promising to resolve this fight between humanity and the Visitors with spectacular aplomb. But I have to admit my memories of that three-night adventure with my family aren’t nearly as vibrant or alive other than that I remember all of us were slightly underwhelmed by where the story ended up going. We were also moderately disappointed it all ended up being a cliffhanger for a subsequent television series, a series I can’t say any of us were all that excited to sit down and watch when it ultimately debuted six months later.

Anyhow, when Warner Archive’s new two-disc Blu-ray of the sequel miniseries arrived for review I was honestly kind of excited to revisit it. I think the last time I’d given even a second of it another look was when it aired on the SyFy Channel over a decade or so ago (maybe longer; I can’t be sure), and even then I ended up not watching the whole thing start-to-finish.

Honestly? I was kind of surprised how well the first two parts of this miniseries held up. While noticeably different in both tone and structure than its predecessor (series creator Kenneth Johnson’s absence is definitely felt), there’s still a heck of a lot of tightly structured fun and silly science fiction intrigue to be found nonetheless. Watching the small band of Resistance fighters, still led by former medical student turned revolutionary Juliet Parish (Faye Grant) and roguish freelance investigative journalist Mike Donovan (Marc Singer), go against the dastardly Visitor menace led by the evil, gerbil-eating Diana (Jane Badler) was a total hoot. I got a giant kick out of both of these episodes, the roughly three hours it took to watch them flying by with invigorating speed.

It’s the third chapter where things go moderately off the rails. We get the birth of the human-alien hybrid Elizbeth, attempts to wrestle power away from Diana, the introduction of a viral powder that could signal the Visitor’s downfall, the potentially devastating cost of saving Donovan’s son from being put on the intergalactic menu, a perilous final assault against the mothership and the revelation of a powerful doomsday weapon that could transform the Earth into an irradiated uninhabitable wasteland.

Whew. That’s a lot of stuff, and that’s not even all of it, and to say any of this barely fits inside the confines of a barely 90-minute running time is a laughable understatement. Shifts in tone and perspective are jarring, and the way a flurry of secondary characters have their respective storylines resolved is a strange combination of forgettable, ridiculous and insulting all at once.

Even so, I still got a kick watching V: The Final Battle again. Badler continues to chew scenery with demonic relish, and my memory of her as one of the scariest, most mesmeric villains of my childhood was certainly cemented during my revisiting of both the original miniseries and its sequel. Michael Ironside, portraying new character Ham Tyler, comes close to stealing the entire show out from underneath every member of the returning cast, only Grant (and noticeably not Singer) able to stand toe-to-toe with him at any given time.

What else is there to say? V: The Final Battle is worth a look. While undeniably somewhat disappointing, it’s still a fun bit of retro television science fiction that sometimes takes some fairly shocking narrative risks that were well ahead of their time (like an entire ten-minute sequence devoted to the ethical morality of abortion and whether or not a woman, most significantly a 17-year-old, should have the right to choose what happens with her body while she is pregnant). It’s a time capsule of a different era, make no mistake, but one I’m glad I now have in my personal library, and one I’m almost certain to revisit sooner rather than later.

The only extras are found on the first disc. They are spectacularly bad TV Teasers for parts two and three of the miniseries:

While I’d love to see what series creator Kenneth Johnson had planned to do with the material after the success of V (some of which you can hear about listening to that disc’s audio commentary), and even though V: The Final Battle is a decided drop in storytelling quality from its predecessor, this sequel miniseries is still a heck of a lot of fun. The first two parts are especially engaging, and while the climactic chapter is rushed, over-plotted, muddled and a blatant setup for the subsequent series, overall I had a great time revisiting this 1984 television time capsule. Warner Archive’s Blu-ray presentation, while notably lacking in special features, is still exemplary, and I seriously doubt fans will be disappointed if they pick it up for their personal libraries. 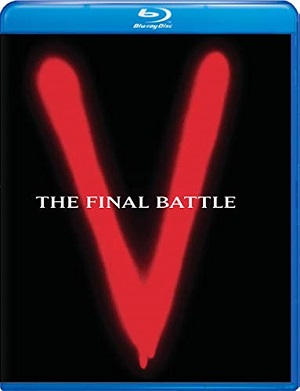