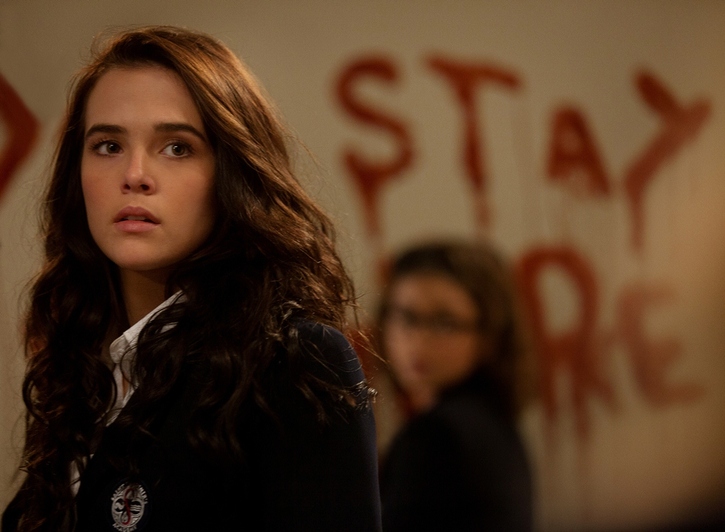 Vampire Academy isn’t so much bad as it is pointless. A weird amalgam of Mean Girls, a Harry Potter adventure and a random episode of “Buffy the Vampire Slayer,” director Mark Waters and writer Daniel Waters have taken author Richelle Mead’s popular source material and not done a lot especially interesting with it. Not that this is a surprise, of course, but it would have at least been nice had an attempt been made, for as pretty, as competent and as glossily designed as all of this might be it’s about as weighty as feather quietly floating on a summer’s breeze. 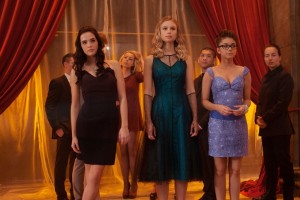 Like most of these ‘Young Adult’ properties born from a best-selling literary parent, Vampire Academy is somewhat pointlessly convoluted, at least from the standpoint of its interior mythology. In this world, we are introduced to three differing sects of supernatural creatures, two of which are considered “peaceful” or “good” while the third is apparently irredeemably “evil” or “bad.” On the former side you have the Moroi, peaceable vampires who are mortal and can walk in the daylight, and the Dhampirs, their half-human, half-vampire protectors, while on the latter there exists the Strigoi, immortal, soulless vampires who can only come out at night who want to see civilization fall. The first two go to school at the secluded St. Vladamir’s Academy learning to hone their powers and exist in the outside world. The third are shunned, kept in the shadows and killed whenever they make their presence known.

It is here we are introduced Rose Hathaway (Zoey Deutch), a Dhampir, and Lissa Dragomir (Lucy Fry), her Moroi best friend, the two 17-year-olds returned to St. Vladamir after spending the last year living outside its walls on their own. They are immediately thrust back into the middle of a traditional teenage caste system, the popular cliques going out of their way to shun the pair and make their assimilation back into school close to impossible.

If only that were the worst of their problems. See, Lissa is in line to rise to the Moroi throne, she one of the last pure-blood royals left that descends from one of the 12 founding families. There are those who want to see her fall, see her transform into Strigoi and be put down like a rabid dog, and it’s up to protector and bosom buddy Rose to figure out what is going on and stop them before it’s too late.

There’s a lot more, but going into it all isn’t exactly worth my time. Recognizable veterans like Gabriel Byrne, Olga Kurylenko, Joely Richardson and Claire Foy pop up in key supporting roles, while relative newcomers Sarah Hyland, Danila Kozlovsky, Dominic Sherwood, Cameron Monaghan and Sami Gayle are a handful of the fellow youngsters who either help or hinder Rose and Lissa on their quest for answers. All of them interact and revolve around one another with textbook clarity, and as convoluted as all of this ends up being it’s still completely clear who is who, what is what and why events themselves are spiraling in and out of control as they are.

If only any of it were interesting. Daniel Waters’ script is some sort of Diablo Cody meets Tina Fey meets Joss Whedon mash-up that confuses snark with depth, whimsy with wit and platitude with ingenuity. As snappy as the dialogue can sometimes be it’s hardly ever as intelligent or as perceptive as I think it is, while the central plot dynamics are presented with about as much flair as a convention of blue-haired geriatrics playing pinochle. As for the mystery, it’s difficult to be interested in the resolution or outcome when the movie seems to be equally disinterested with it as well, little things like suspense and tension nonexistent for all 104 minutes.

On the plus side, older brother Mark Waters’ seems to have a sublime grasp on teenage girl caste systems, making the Mean Girls moments have a certain zest and zing to them the remainder of the film noticeably lacks. He’s also found a nice central protagonist in Ellen Page clone Deutch (seriously, styling her almost exactly like the Juno heroine was a definite mistake), the young actress having a grand time letting her one-liners roll offer her red-painted lips with delectable relish. She almost makes this silliness worthwhile all on her lonesome, and if not for the crazy hyperbolic idiocy of the final act I’d maybe been willing to give the film a gentle shrug of the shoulders and move on to more interesting topics instead of driving a silver stake through its cold, lifeless heart.

Almost. Overall Vampire Academy can’t help but fail as both an introduction to Mead’s supernatural literary world as well as pop culture-flavored teen-friendly entertainment as well. It goes through the motions adding nothing to the discussion or the debate, showing so little interest in telling its story it’s hard to imagine anyone, anywhere is going to be inspired by a single solitary facet of the production. There’s no bite, only a lot of suck, making this particular foray into the world of vampires and their brethren a moderately pedestrian one and nothing more. 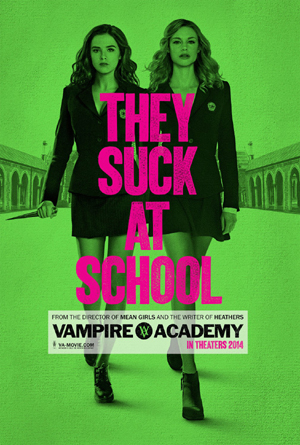