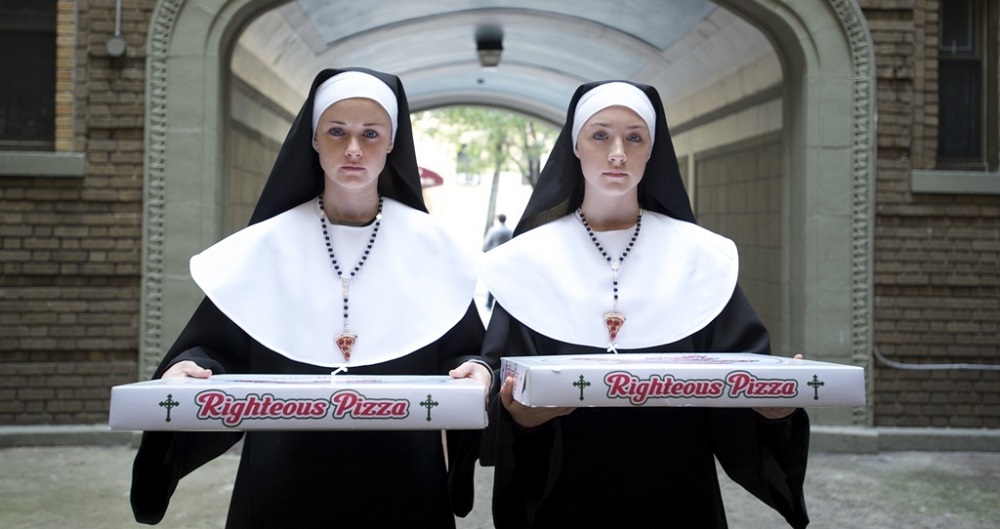 Violet & Daisy is a beguiling curiosity. Written and directed by Oscar-winning Precious screenwriter Geoffrey Fletcher, originally premiering at the 2011 Toronto Film Festival, the movie is an odd one. One part Wes Anderson, another dab of Joss Whedon, all of it stirred together with elements borrowed from the likes of Martin McDonagh, Quentin Tarantino and Mike Leigh, the film defies convention at every turn, presenting a story that’s never what you think it is while going in directions that are both familiar and surprising at the exact same time.

Does that make it good? I enjoyed it, so for my money that would be a “yes.” I never wanted to turn away, wasn’t interested in missing a single beat, various moments sparkling with a captivatingly unhinged enthusiasm tinged with honesty I immediately responded to. Fletcher, working in a world that’s hardly original, somehow manages to make all of the dialogue-driven events he depicts worthy of paying attention to, the life lessons he’s dolling out genuinely cathartic even if the vehicle he’s inserted them into is running on some morally dubious fuel.

The plot revolves around a pair of pint-sized youthful assassins, the youngest of which, Daisy (Saoirse Ronan), has just celebrated her eighteenth birthday. Her more seasoned partner Violet (Alexis Bledel) is excited for her friend, the two of them making a pact to pick up the latest designer dresses from their favorite fashionista pop star idol Barbie Sunday. Short of funds, they pick up the contract on a no-name schmuck named Michael (James Gandolfini). He blithely robbed their employer with no apparent thought to the consequences. It’s going to be an easy gig, over in a flash, the pair wasting no time in heading over to the target’s rundown apartment in order to unleash a brief flurry of fiery punishment upon him.

No shock that this doesn’t prove to be as easy an assignment as the two assassins assumed, but more importantly the film doesn’t devolve into some bullet-riddled action-packed surrealistic extravaganza when complications suddenly arise. While bodies do hit the floor, while blood is splattered, the majority of the problems are due the fact Michael is nothing like anything Daisy or Violet expect, the quiet, somewhat depressed older gentleman a much nicer guy than either are prepared for. He talks; they listen. When they in turn chat about their own lives and experiences, he in turn returns the compliment by intently paying attention to all they have to say. The trio establish a rather odd father-daughter bond, adding an unexpected layer to Fletcher’s opus that’s entrancing.

Gandolfini anchors things with weighty authority, showing gradations and cracks in the armor only the passage of time can weather in. He finds nuances in Fletcher’s script one suspects the filmmaker might not have even originally noticed himself, a few of his back-and-forth conversations with the always magnetic Ronan hinting at internal complexities that caught me a little off-guard. I wasn’t prepared to see the actor throw himself into this with such passionate despair, the moments of levity, happiness and warmth Gandolfini finds buried within his character’s browbeaten façade staggering.

As much dialogue as there is, as stage-bound and as theatrical as some of this can feel, there are moments where Fletcher’s script ends up being too obtuse, too ephemeral, and while I appreciate that the filmmaker doesn’t spell out everything that’s bubbling underneath the surface, there were times I felt he could have dug an inch or two deeper. I never entirely believed the sisterly bond between Violet and Daisy as much as I wanted to, the lines there still a bit too underdeveloped, and because of this the final scenes never achieved the poignant heartfelt depth I imagined Fletcher was aiming to achieve. 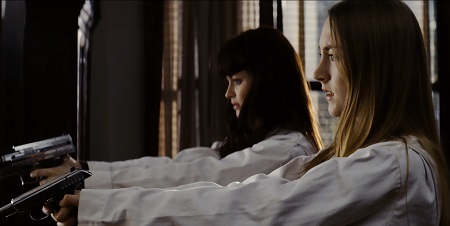 Additionally, even at just under 90 minutes the movie feels padded, certain sequences going on a bit longer than I felt was necessary. Still, when the director dials it in, he does so with splendid imagination, some of the hints connecting Violet to a gang of rival hired guns having a hard-hitting emotional component that’s wonderful. While his supplies the dots Fletcher leaves it to the audience to connect them, the flashes of anguish, pain and fury flashing across Beldel’s child-like face coupled with the knowing understanding present in Gandolfini’s furrowed brow all that’s required to get the proper point across.

There’s a reason the movie has been sitting on the shelf for so long, and for the life of me I’m not entirely sure who the audience for this talky, violent, genre-bending melodrama is going to be. But I also think Violet & Daisy is going to grow on me over time. There’s much of it I did respond to, large portions that struck the kind of chord I unapologetically responded to. With that in mind, I’m more than willing to forgive the majority of Fletcher’s narrative missteps, the stuff he gets right just too perfectly macabre to hold much in the way of a grudge. 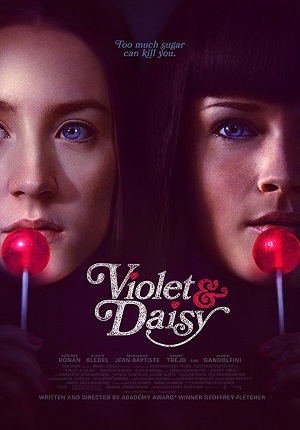