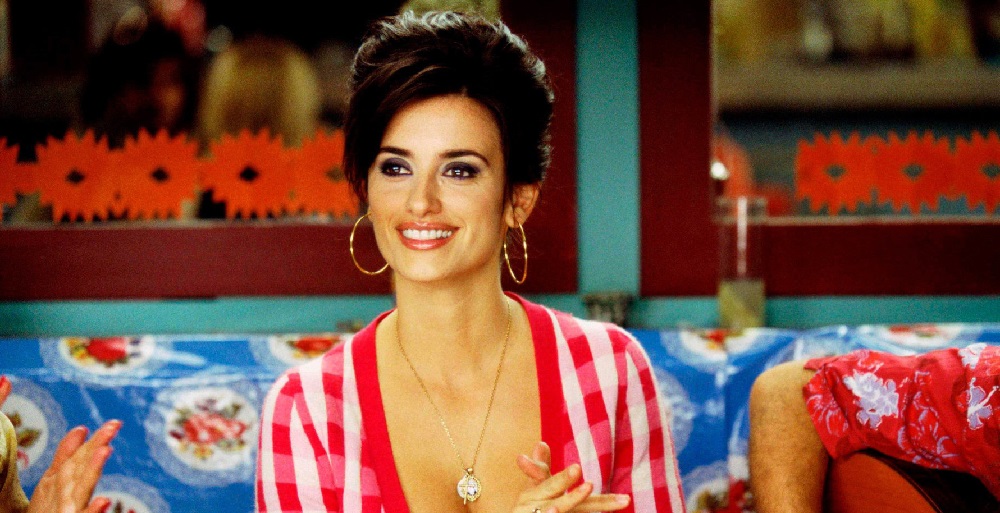 Whatever magical elixir filmmaker Pedro Almodóvar is taking in the morning when he gets up in the morning I definitely want a taste of it. Starting with Live Flesh in 1997, the director has had four straight features (All About My Mother, Talk to Her and Bad Education being the other three) which unquestionably rank as some of the best films of their respective years. Now comes Volver, a brilliantly beautiful accomplishment that not only reunites him with Pénelope Cruz and Carmen Maura, but also ranks as one of the finest features I’ve had the pleasure to watch in all of 2006.

Raimunda (Cruz) and her sister Sole (Lola Dueñas) encounter what they believe to be the ghost of their dead mother Irene (Maura) after the passing of their Aunt Tía Paula (Chus Lampreave). She arrives in the trunk of the latter’s car, claiming to not know what it is she has come back from the great beyond to ask forgiveness for while also wanting to assist her youngest daughter in her illegal hairdressing business run out of her apartment.

Irene does not want Sole to reveal her existence to Raimunda, afraid that news of her existence will only spark conversations about the tragic fire which took both her and her husband’s lives. Not that the elder daughter has time for a ghost in her life. She’s busy dealing with the tragic disappearance of her unemployed husband as well as a local film crew that has been putting her cooking skills to good use at the local restaurant. She’s a busy little bee, the vivacious young woman doing all she can to make sure her daughter Paula (Yohana Cobo) doesn’t discover any of the secrets she’s desperately trying to keep hidden away from her.

This is a remarkably simple synopsis for a not so simple dark comedic melodrama. Volver is five films in one, each so remarkable and entertaining my spirits were lifted and my heart soared thanks to the magnificence of it all. There are twists and turns I didn’t see coming, scene after scene after scene so wondrous it’s hard to believe a single picture could contain them all with such easygoing effortlessness.

My favorite moment? There are almost too many to recap. How about a tearful scene of heartbreak and longing between Raimunda and family friend Agustina (Blanca Portillo) in the latter’s hospital room? Or, how about a spellbinding bit at the restaurant the single mother and cook has brought back to effervescent life singing for the first time in ages in front of a spellbound daughter? And what about a scene between Irene, Sole and two-cut-and-color clients as daughter gives mother a wild story involving Russian immigrants and vagrant panhandling?

As good as these scenes and others are, the one which stands above all others for me is a moonlit walk between Raimunda and Irene where long-hidden truths are finally revealed, pent-up passions uncovered and familial connections are once again established. It is a moment for which cinema was invented, these intimate tête-à-têtes between people where souls become unburdened and characters strip themselves metaphorically naked in order to reveal a deeper universal truth. This particular scene alternates between hilarity, heartbreak, sincerity, compassion, love, joy and despair with such ease I found myself choking back tears amidst cascades of riotous laughter.

Both Cruz and Maura are remarkable. For the latter I cannot say I am surprised, her career working for directors like Carlos Saura, Manuel Gómez Pereira, Alejandro Agresti and André Téchiné (amongst others) a testament to her enduring skill. Re-teaming with Almodóvar for the first time since Women on the Verge of Nervous Breakdown, Maura is sensational, stealing scenes with a sideways glance and nod of the head, all of it leading to that momentously emotional aforementioned stroll with Cruz that left my emotions shattered in teeny tiny pieces strewn across the theatre’s floor.

Speaking of Cruz, for viewers only familiar with her Hollywood work seeing Volver will be a revelation. The beauteous actress has delivered fantastic portraits working in her native tongue countless times, and it has only been since she’s flown across the Ocean where she’s had problems doing the same. Now, much like her costar, she’s back working for Almodóvar and to call her work here anything less than Oscar-worthy would be a lie. This is one of the most multifaceted portraits of 2006, and years from now whenever I think of Cruz it is highly likely this is the movie and the performance that will come to mind first.

Almodóvar has crafted an instant classic. Volver is miraculous, a joyous enterprise running the emotional gauntlet like no other melodrama I’ve seen in ages. It is a treasure trove of exquisite writing, fluid direction and wondrous performances, the whole thing coming together into such a spellbinding whole I can’t wait to see it again. 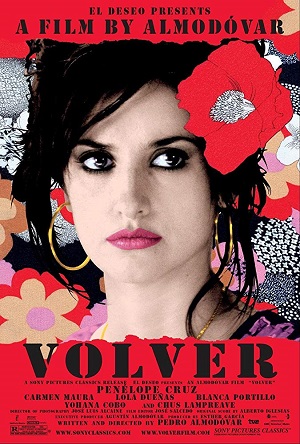