As a pure experiment in superficial artifice, Madonna’s directorial sophomore effort W.E. is spectacular. From Arianne Phillips’ (3:10 to Yuma, Walk the Line) Academy Award-nominated costumes, to Hagen Bogdanski’s (The Beaver) suitably glossy cinematography, to Martin Childs’ (Shakespeare in Love) sumptuous production design, the movie is as immaculately detailed and designed as anything a person is likely to see hit the screen this year, the motion picture an eye-popping extravaganza of opulence that’s extraordinary. 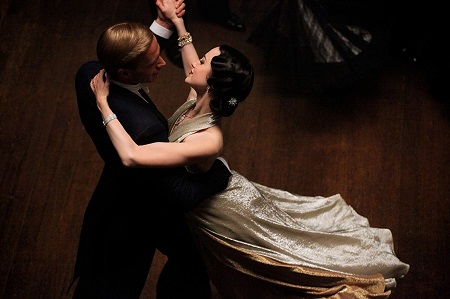 Too bad the movie is a fatuous piece of crap because if it were even remotely passable there might be something worthwhile to talk about. But that’s simply not the case, Madonna’s script, co-written with Alek Keshishian (Love and Other Disasters), is a mind-blowing mess, so sickly one-dimensional and filled with so much melodramatic pabulum one wonders why the Grammy-winning icon even bothered in the first place.

I get that she’s been interested for years in the romance of Wallis Simpson and King Edward VIII. I understand why she wanted to make a film outside of the boundaries of your typical BBC-style biopic, looking to mix things up by bending time between Manhattan circa 1998 and a pre-WWII England. I applaud the audacity behind tackling such a concept, and by and large I respect Madonna’s willingness to give every ounce of her creative acumen over to attempting to making this ambitious feature a reality.

But when a scenario is as insipid as this one, when the whole thing is only interested in the surface, in those costumes and that production design or in the sets or the art direction, when a narrative could care less about its characters no matter which era they live in, why the heck should I in turn be concerned with any single piece of it? I shouldn’t, not for a second, and for the life of me other than a budding art student trying to gleam a few insights from the visuals I can’t imagine anyone who actually would be.

Pity, because Madonna has cast two of the best young actresses working today in this disaster and then stranded them with nothing roles they can barely function within. Andrea Riseborough, so good in small parts in Brighton Rock and Made in Dagenham, comes off best, portraying Wallis Simpson with an internal feminine ferocity the script only fleetingly hints at. She has decent chemistry with James D’Arcy’s King Edward, and even though the script paints him as a nondescript toothless mannequin Riseborough manages to give their romance a bit of fire the rest of the picture lacks. 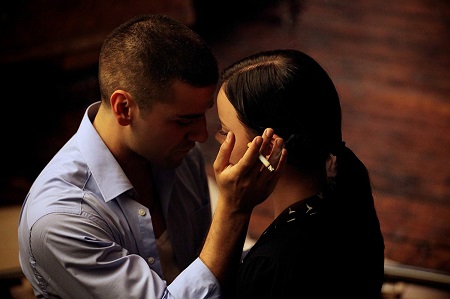 It’s a shame that Abbie Cornish cannot do the same, the talented young actress who shimmered in Bright Star, Stop-Loss and Limitless stuck in the brutal catastrophe that is the 1998 portion of this romantic epic. She’s Ally Winthrop, a frustrated new wife marooned in an abusive marriage who ends up meeting a Ukrainian security guard (Oscar Isaac) during a Sotheby auction of Wallis and Edward’s estate. But as easy melodramatic fodder as that setup sounds, the movie does nothing with it, so intent on crafting beautiful Hallmark Card visuals and music video montages it leaves its modern-day adulterers mulling around desperately searching for something interesting to do.

Listen, at some point Madonna might make a good movie. She has a solid visual eye and, it goes without saying her sense of style is incandescent. But as a director she has no idea how to handle actors, and as a screenwriter her compositions aren’t even up to the same standards set by a few of her classic and catchy four-minute pop songs. W.E. shows that, for mostly worse and not much in the way of better, the Material Girl is still alive and well, and while the superficial glossy surface-level sheen is impressive as a dramatic sojourn into love, life and the mystery of romantic entanglement this film is as big an epic fail as any I’ve had the misfortune to see in quite some time. 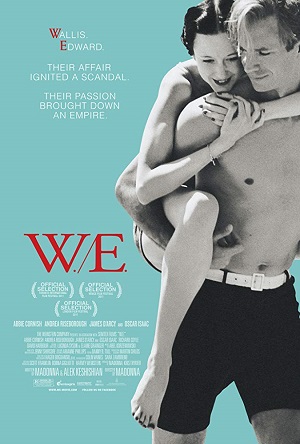