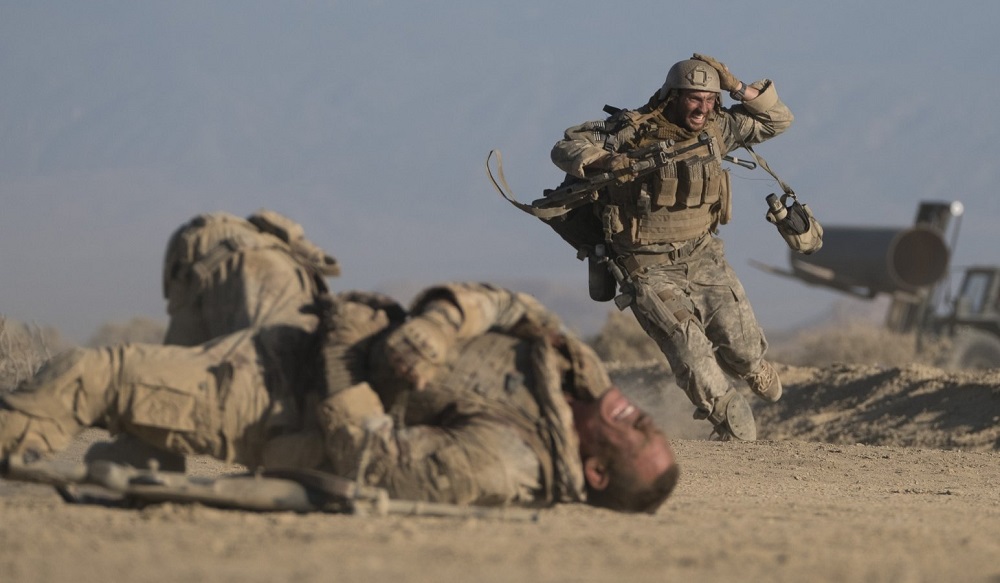 For the past 20 hours, two Army Rangers, staff sergeant Shane Matthews (John Cena) and his spotter, Allan “Ize” Isaac (Aaron Taylor-Johnson), have been hidden on a dusty Iraqi ridge overlooking a scene of carnage and bloodshed, silently looking for a killer who shot a team of construction workers and their protection unit with deathly precision. Moving from their position to get a better look, the two find themselves under fire from a another sniper who may be the lethal killer known only as Juba, aka “the angel of death,” a vicious foe with a reported 75 official kills sitting on his resume.

Hidden behind a tiny stone wall with a gruesome injury to his knee, with Matthews clinging to life from a gunshot wound to his chest, doing his best to appear as a lifeless corpse, his body dangerously stuck out in the open, Isaac desperately tries to figure out where their opponent is hiding. With water growing scarce and no way to contact his base for assistance, the elusive killer starts to chat up the increasingly frazzled Ranger, speaking to him directly via his communications headset. Seeing an opportunity, Isaac responds to his charming, lethally intelligent opponent, all the while doing what he can to give the still alive Matthews an opportunity to get to his rifle as well as a decipher handful of clues as to the location of where this assassin might be lurking.

Minimalistic, stripped-down and running entirely on paranoia-fueled adrenaline, The Wall is a relatively small-scale change of pace for action maestro Doug Liman, The Bourne Identity and Edge of Tomorrow filmmaker eschewing the big budget theatrics of his most recent efforts for something intimately personal. More horror movie than war film, Dwain Worrell’s lean, electrically alive script is a tense balancing act where the American military is the underdog and the Iraqi sniper hunting his prey is clearly the superior animal. It’s a gruesome bit of a cat and mouse entertainment that will likely appease genre hounds while it frustrates and annoys anyone looking for something more substantive, everything building to a bleakly nihilistic conclusion that’s as heart-stopping as it is terrifying.

While not particularly deep, Liman and Worrell toyed with my emotions wondrously, leaving me sitting in a pool of sweaty nervousness by the time things accelerated towards their ferociously uncompromising conclusion. This is an angry thriller, one that is happy to revel in silence and let tension be generated solely by the situation the protagonists are stuck in, the simplicity of it all having a horrifying elegance I responded to immediately.

Not that there is a lot more to it. This is nothing more than a three-character chamber piece of which only two of them do the majority of the speaking. More, out of this duo only one is ever seen, the voice on the other end of the headset (magnificently portrayed by veteran character actor Laith Nakli) an ethereal, enigmatic demon who desires to keep his face hidden no matter what might be happening at any given moment. This is a movie overflowing with talk, Isaac and his opponent verbally jousting as they try to gain the upper hand, each revealing tiny insights as to why they’re fighting on opposite sides of this war and the various incidents that have brought them to this point.

Taylor-Johnson shows that his Golden Globe and BAFTA-winning performance in Nocturnal Animals was hardly a fluke, anchoring things as the traumatized Isaac nicely. As terrific as he is, and he is very, very good, if I’m being honest I kind of would have loved to have seen he and Cena switch roles, as having the gigantic WWE superstar stripped down to his barest intellectual essentials and forced to utilize something other than his muscles to survive could have potentially been fascinating. Still, Taylor-Johnson is superb, his emotional journey one I easily connected with, his back and forth conversations with Nakli having an exhilarating zing that kept me intrigued.

I don’t have a lot more to add. Liman directs with authority, keeping things fast and furious even if the scale of the drama remains purposefully small. He and editor Julia Bloch (Green Room) keep things moving at a brisk pace, and at only 81 minutes the film is over almost before one realizes it. The Wall is a dark descent into a psychological battlefield where the line between victory and annihilation is precariously thin, the final images a haunting hunting ground of intimidation and butchery I’ll not soon forget. 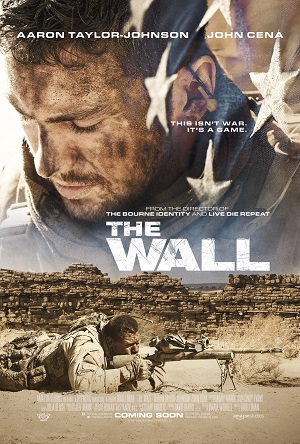