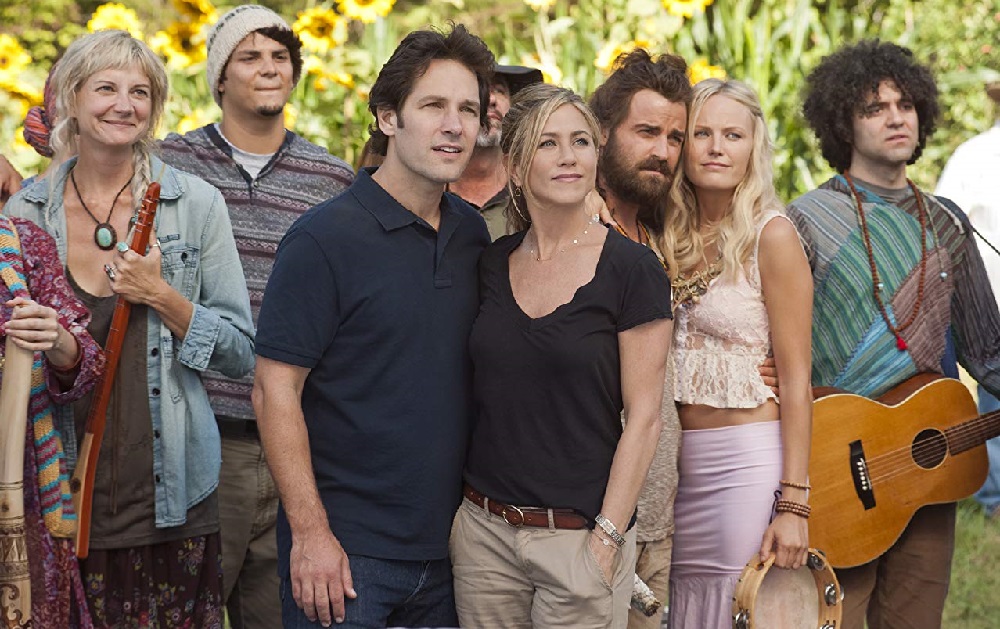 So, the good news about David Wain’s (Wet Hot American Summer, Role Models) latest adult juvenile comedy Wanderlust is that it made me laugh. Frequently. Oftentimes out loud. The bad news? There is no narrative cohesion to the film, no pull towards any of the characters, no emotional connection that made anything happening resonate beyond a superficial level. 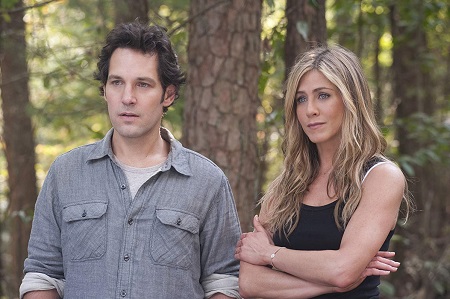 What does all that mean? It means that Wanderlust works just fine as a diversion, perfect fodder for a midafternoon couch-surfing jaunt when it airs on Cable a good zillion times. But as a comedy worth spending hard-earned dollars to see in the theatre? I can’t go that far, as even matinee prices might be too high to see a film as all over the place and as emotionally disconnected as this one proves to be.

The story concerns a pair of seemingly happy New Yorkers, George (Paul Rudd) and Linda (Jennifer Aniston), who find themselves financially overextended when she doesn’t get a plum documentary gig with HBO and he is downsized from his prestigious Wall Street firm after they’re targeted by the government for corporate malfeasance. Things are a mess, and the next thing the married couple knows they’re on the way to Atlanta to move in with George’s Neanderthal brother Rick (Ken Marino) and his insecure, alcoholic wife Marissa (Michaela Watkins).

But things don’t go as planned, the pair stranded for an evening at Elysium, a hippy-like commune owned by co-founder Carvin (Alan Alda), prone to impromptu memory lapses, and lorded over by alpha male jack-of-all-trades Seth (Justin Theroux). George and Linda find themselves swept up in Elysium’s go-with-the-flow mentality and begin considering jettisoning their former lives completely in order to join this group permanently. But nothing, not even this happy-go-lucky commune, is perfect, and after a while the transplanted New Yorkers start to learn you can’t escape your problems by pretending they don’t even exist.

There are tons of great moments, most of them supplied by Wain’s signature cast of irregular regulars including Malin Ackerman, Joe Lo Truglio, Kathryn Hahn, Linda Lavin, Kerri Kenney-Silver, Lauren Ambrose and Jordan Peele. Even though the focus is mostly on Rudd, Aniston and to a somewhat lesser extent Theroux, this a true ensemble effort, the entire cast clicking together beautifully while they supply plenty of inspired sequences that tickled my funny bone something fierce.

But there isn’t any meat on these bones, none of the narrative pieces coming together in a way that could ever be construed as mattering. As a series of “Saturday Night Live” vignettes, Wain and fellow co-writer Marino oftentimes hit it out of the park. But as a character-driven story of personal responsibility and selfless egalitarianism they fail miserably to do anything that goes beyond the superficial, and while the seeds for something intellectually intriguing and politically incorrect have been planted, they never quite take root or blossom in a satisfying way. 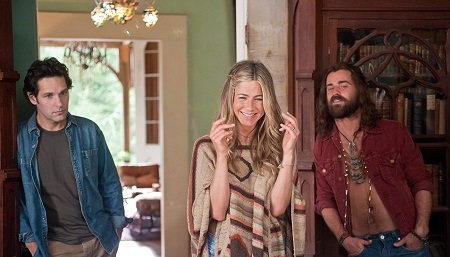 If look at as some sort of off-center ribald unconventional prequel to Martha Marcy May Marlene, Wanderlust can be bizarrely effective in in a similar way to that magnificent 2011 drama. There is a piercing glaze into cult-like communities that kept me intrigued, and because of that I’m tempted to put Wain’s latest a little higher on the recommendation scale than I’d normally consider doing.

But I just didn’t care for George and Linda’s search for meaning as much as I felt I needed to, didn’t care for any of the various subplots that were clumsily introduced as things progressed to their lumpy, discombobulated conclusion. For as often as I laughed there were just as many occasions where I sat in silence waiting for something to happen, and when the film did finally try to resolve itself it did so in a way that felt trite, tired and blatantly dishonest. Wanderlust never captured my fancy, and the chance I’ll ever desire a second viewing is pretty much zilch. 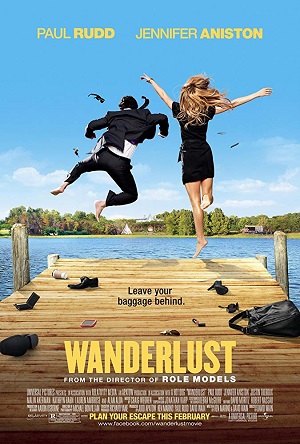