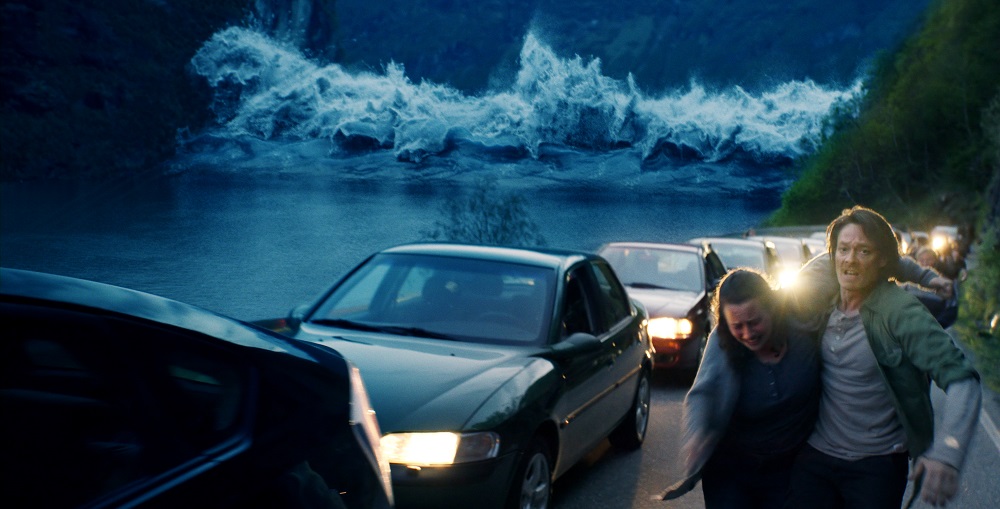 There will come a day when the mountain Åkerneset located in the Sunnmøre region of Norway will collapse, triggering a massive rockslide that will crash into the fjord below sending a massive tidal wave crashing into the picturesque tourist town of Geiranger. Residents and visitors will have roughly ten minutes of warning when this catastrophic event occurs, precious little time to get to safety, making it a certainty many will perish and only a few are likely to survive.

Geologist Kristian (Kristoffer Joner) has been monitoring the mountain for years, his wife Idun (Ane Dahl Torp) a trusted manager in one of Geiranger’s classiest hotels. When he takes a high-paying job with an oil company, it becomes time to move the family out of the country and into the big city, but not before the scientist steals a few minutes to check some curious seismic readings that have him worried. Something feels wrong, Kristian can sense it, and if he’s right he might be the only one standing between the citizens of Geiranger and their total destruction.

The Wave is a disaster movie born from the same sort of cloth as any Irwin Allen spectacular of the 1970s and early 1980s. It is reminiscent of The Poseidon Adventure, The Towering Inferno and, somewhat regrettably, When Time Ran Out…, following a tried and true template familiar to moviegoers around the world since San Francisco graced the silver screen way back in 1936. The plot doesn’t go anywhere new, isn’t interested in flipping the script, screenwriters John Kåre Raake (Ragnarok) and Harald Rosenløw-Eeg (1,000 Times Good Night) more than content to stay on a well-worn genre path first second to last.

But there is a reason this was Norway’s entry in this year’s Oscar race, this film a heck of a lot better, more emotionally engaging and pleasingly character-driven than any other disaster flick to have seen the light of day in quite some time. Directed with a subtle urgency by Roar Uthaug (Cold Prey), Raake and Rosenløw-Eeg’s script might not be original, but that doesn’t make it any less wonderful. They keep things compact and centralized, never losing sight of the universal human story at the heart of all that’s happening. More than that, all involved are smart enough to not let things spiral into an ungainly mess of too many characters or subplots, and as such the familial drama rings with a timeless authenticity that’s easy to relate to.

There’s not a lot more to all of this. Landside happens, tidal wave is created, chaos ensues and Kristian must do everything he can to make sure his family survives. That’s it. But the movie works because the relationship between husband and wife is real, their connection to their two children even more so. It works because after the disaster itself takes place, there aren’t additional calamities of growing implausible size waiting to strike, the repercussions of this wave and this wave alone more than enough for all involved to have to deal with. Most of all, it works because Uthaug’s direction is just so gosh darn effective, the way he builds tension throughout having a subtle intensity that’s magnificent, the filmmaker eschewing the typical melodramatic contrivances that more often than not make genre fare like this unintentionally laughable and patently ridiculous.

It helps considerably that Joner and Torp fearlessly throw themselves into things, playing their respective characters with a delicate complexity that makes rooting for them to make it through all of this craziness alive extremely easy to do. The film is also beautifully shot by John Christian Rosenlund (Factotum) and crisply edited by Christian Siebenherz (Escape), while Magnus Beite (Cold Prey) eloquently primeval score augments all the inherent emotion running through the film nicely.

I really liked The Wave, liked it a lot. While it doesn’t do anything new, Uthaug’s latest genre excursion just does what it sets out to do so gosh darn well, the lack of originality or innovation isn’t the type of problem it would have been had lesser hands been guiding the production. It’s a real world ecological thriller that doesn’t forget about the human story running through the heart of the narrative, and as such the film ends up being an avalanche of thrills and chills I cannot wait to watch again. 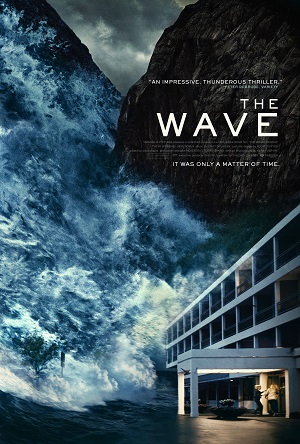