What Men Want a Toothlessly Remake

A gender-flipped remake of Nancy Meyers’ 2000 hit comedy What Women Want starring Mel Gibson and Helen Hunt, director Adam Shankman’s (Hairspray, Rock of Ages) shockingly unfocused and comedically inept What Men Want isn’t just a waste of time, more egregiously it also squanders an appealing star turn from actress Taraji P. Henson. It is a tone-deaf retread that rarely evokes a slight giggle let alone a full guffaw, the film so devoid of satirical insight or comedic inspiration it’s easy to wonder if the film was ever supposed to contain either trait to begin with. Shankman’s latest has no energy, has no pizazz, and by the time it was over all I could do was stare at the screen in stupefied distaste wondering how something so insufferable made it past the planning stage, let alone ended up garnering a major theatrical release. 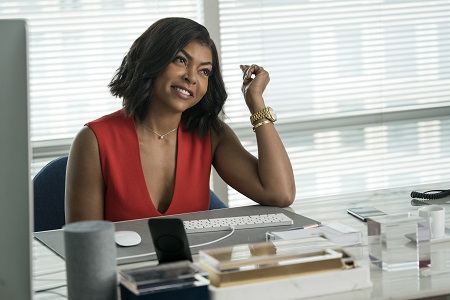 Pity, because Henson is a star. A singular talent who elevates everything she’s a part of, she’s the perfect person to be portraying veteran Atlanta sports agent Ali Davis. This is a singularly focused woman who has taken her boxing coach father Skip’s (Richard Roundtree) tutelage to heart and has brazenly and confidently proven herself to be a winning talent who refuses to quit no matter what the circumstances. Henson delivers a ferocious performance that feels fresh, determined and, best of all, unapologetically feminine. While her character has taken on some masculine tendencies in order to compete against the men surrounding her, Ali is still very much a woman. More, she’s not going to ask anyone’s permission to be anything less, the actress’ magnetic fortitude continually impressive even if the motion picture surrounding her performance far too frequently ends up proving to be the exact opposite of that.

While the basic concept that makes both Meyers’ effort and this new variation tick are similar, there are still quite a few major differences as far as the core narrative is concerned. Where in the 2000 film Gibson’s snobbishly sexist ad executive determines to get more in touch with his feminine side in order to more relate with his new boss portrayed by Hunt only to end up getting an electrical shock that allows him to start hearing the thoughts of every woman he encounters, here Henson’s Ali is angrily exasperated when her macho misogynist boss Nick Ivers (a impeccably cast Brian Bosworth) passes her over for a partnership promotion even though all her female clients bring in more money on a regular basis than any of her male counterparts with their high-profile NFL, NBA or MLB stars frequently do. This leads her to proclaim she’s going to sign future NBA prospect Jamal Barry (Shane Paul McGhie) before her coworkers can. But after a night out with her best friends, an evening that includes a reading from a deranged psychic named Sister (Erykah Badu), Ali arrives back at work the next morning to discover she can hear men’s thoughts, and it’s initially unclear to her whether this newfound ability is a blessing or a curse.

Apparently written by committee (there are four credited writers), things get even more convoluted from there. Jamal’s father Joe ‘Dolla’ Barry (Tracy Morgan) is a domineering parent who oversees every aspect of his son’s life. Ali’s nearest and dearest girlfriends, Ciarra (Phoebe Robinson), Olivia (Wendi McLendon-Covey) and Mari (Tamala Jones), are excitedly planning the former’s upcoming wedding. Her trusted assistant Brandon (Josh Brener) wants to graduate from being her aid to becoming a full-blown sports agent himself. Most of all, Ali ends up in an unexpected romance with single dad Will (Aldis Hodge), surreptitiously parading both him and his precocious son Ben (Auston Moore) around in front of the family-centric Joe Dolla as if she were a doting wife and mother and doing so without their knowledge.

It’s a lot, and quite frankly the movie seldom knows what to do with any of it. Shankman and his writers are far too timid to actually craft a film that lives up to its title let alone its premise. This movie doesn’t want to dig too deeply into what men might want as it’s terrified of riling any feathers or making any waves. The men in this motion picture come in three different stripes: unrepentant misogynistic jerks, perfect paragons of masculine virtue or nonthreateningly gay. They think the worst thoughts imaginable, no thoughts whatsoever or nothing less than the unvarnished truth that should be spoken aloud and not timidly held inside no matter how painful it might be. There’s no variation. No nuance. No subtlety. It’s a cacophonous mess of platitudes and generalities that grow increasingly tiresome, and no matter how strong the performances or how charismatic the cast might be there’s nothing any of them can do to make any of this even moderately passable. 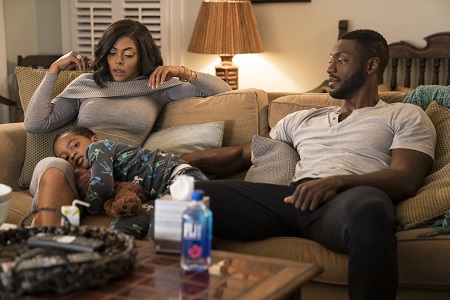 There’s one scene that conceptualizes all of this as far as I’m concerned. Ali goes out on a double date with one of her friends at a local pool hall. But where the guy her girlfriend is hanging on has lascivious thoughts about doing carnal things with one of the servers taking their drink orders, Will isn’t thinking anything at all. The problem here is that Will would be thinking something, and considering his competitive nature it would probably involve the game of pool he and Ali are currently attempting to win against the other couple. Having him have a thought, any thought, would have made him an authentic human being and not some fantastical fantasy figure who only exists in romance novels. It also would have made Ali’s affections for him grow in resonance and power because she’d be secretly seeing him as he truly is and understood in that moment his affections for her were undeniably genuine.

The movie overflows in missed opportunities like this, places where Shankman and his team go for the easy gag instead of the more insightful truth that would have given the comedy additional power that could have made it more emotionally evocative. Its sitcom platitudes are tedious, many of the third act twists and turns aggravating in both their stereotypical mendacity as well as in their unbelievable coincidental contrivance. As hard as Henson tries, and she’s giving everything she’s got in a valiant attempt to hoist this comedy up to at least a passingly entertaining plateau it could never ascend to without her, What Men Want just isn’t good. This is a feeble remake, and the only thought that went through my head afterward was that the gifted actress starring in it deserved a much better motion picture to showcase her considerable talents in than this one ended up proving to be. 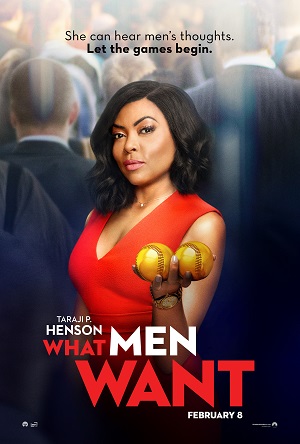