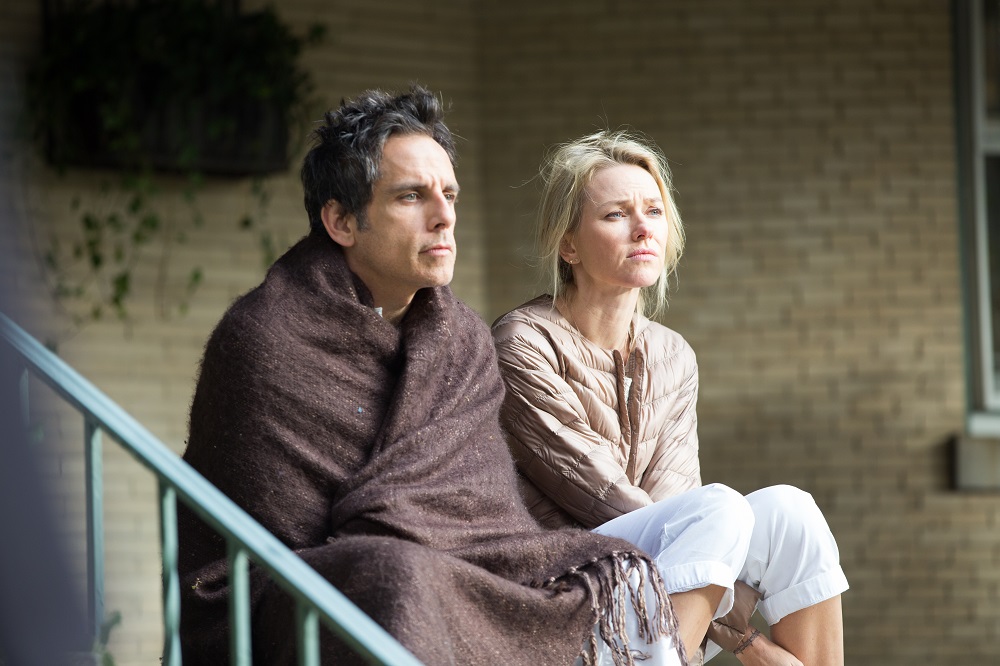 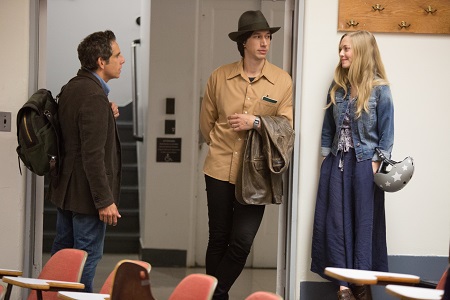 “New York based documentarian Josh (Ben Stiller) has been working on his latest effort for the past decade, his film so far away from completion his longtime editor Tim (Matthew Maher) is starting to doubt it will ever be finished. His wife Cornelia (Naomi Watts), an acclaimed producer in her own right, has been spinning her wheels of late, her legendary award-winning filmmaker father Leslie Brietbart (Charles Grodin) currently between projects for her to shepherd, thus leaving her with not a heck of a lot to do.

While teaching a class at NYU, Josh is approached by upstart twenty-something Jamie (Adam Driver) and his free-spirited girlfriend Darby (Amanda Seyfried), both claiming to be big fans of his first film released to vociferous acclaim and little public support ten years prior. Feeling an odd kinship with the pair, he and Cornelia see their middle-aged malaise somewhat alleviated by spending time with this young, energetic couple eager to make their mark upon the world. But when Josh starts to suspect all isn’t as it appears in regards to Jamie all his energy and enthusiasm begins to drift towards paranoia and pessimism, the effect these realizations have upon him forcing a kind of potent soul searching he wasn’t prepared to face.

The main thematic plot points and revelations hiding within writer/director Noah Baumbach’s While We’re Young aren’t going to come as a big surprise to anyone familiar with his work. Much like Greenberg, Frances Ha and The Squid and the Whale, this is another meditation on relationships, life, family and aspiration that isn’t afraid of making some pretty unappetizing statements as far as the human condition is concerned. It strips its characters bare leaving them naked both to the world and to themselves, forcing them to reassess their lives and their choices in ways that aren’t upbeat. As far as Baumbach is concerned, While We’re Young is as fearless as anything he’s made up until now, making it worthy of attention for that reason alone.

Yet, in many ways the film is also the lightest, maybe even frothiest he’s ever directed. As dark as some of the territory being mined might be, that doesn’t mean Baumbach isn’t above letting his exceedingly talented cast cut a little loose and have some fun. There are so many moments of sheer blissful enthusiasm and energy the effect it had upon me was infectious, the ways in which Josh and Cornelia initially respond to Jamie and Darby inspiring. Stiller and Watts dig into their respective characters with fervent, three-dimensional gusto, allowing each part of their respective journeys to resonate and matter in ways that are honestly profound and refreshingly free of artifice. 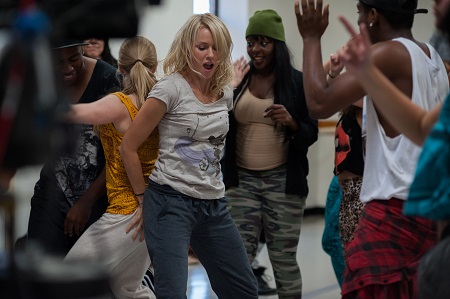 I wish the film could maintain its wit, its sense of humor and, most importantly, its intelligence all the way through to the end. Sadly, this just isn’t so, Baumbach sermonizing a little more than normal, allowing Josh to express things far more bluntly, and with a little too much melodramatic flourish, than is comfortable. There’s some speechifying, all of it coming during a celebratory dinner for Leslie, everything leading to a punchline that, while perfectly delivered by Grodin with sarcastic, sideways candor, is far too obvious and unsurprising to hit home with anything approaching authority.

But the last moments, the final ones between Josh and Cornelia, the way Stiller and Watts relate to one another and come to terms with everything they have learned, that’s beautiful, Baumbach righting the ship right when it mattered most, leaving me far more satisfied than I initially thought possible. On top of that, Driver is a deliciously Machiavellian foil, so charmingly duplicitous it’s hard not to feel more than a little taken aback when his snake oil salesman’s scales start to materialize. While We’re Young might not showcase the director at his best, but that doesn’t make it any less worthwhile, the final destination a worthwhile venture even if some of the stops along the way aren’t worth visiting.”

While We’re Young doesn’t get any better the second time around. It also doesn’t get any worse. It just stays good, more or less, it’s weak spots still weak while its bright moments are still pretty darn terrific. Stiller and especially Watts continue to amaze, the latter so much so I’m starting to think she’s worthy of award consideration come the end of the year (it won’t happen but I’m not going to let that stop me from dreaming that it potentially could all the same). I like this movie, flaws and all, and in many ways this might just be the most accessible motion picture Baumbach has ever directed.

All this stuff is perfectly okay but that’s really about it. Anyone expecting anything more in-depth or informative is likely to be disappointed.

While We’re Young is a very nice movie featuring strong performances from Stiller and Watts and a sublime ending that had me grinning ear-to-ear. But the final third is noticeably weaker than the bits that precede it, and it’s hard not to be slightly disappointed by this fact no matter how hard I wish otherwise. Still, Baumbach’s latest is entertaining, and I really am glad I took the time to watch it again, all of which means recommending interested viewers do something similar is a remarkably easy thing to do. 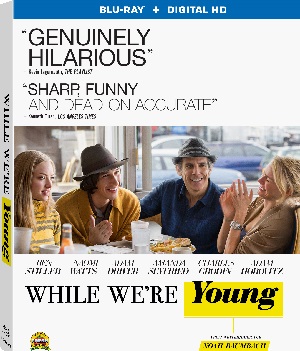