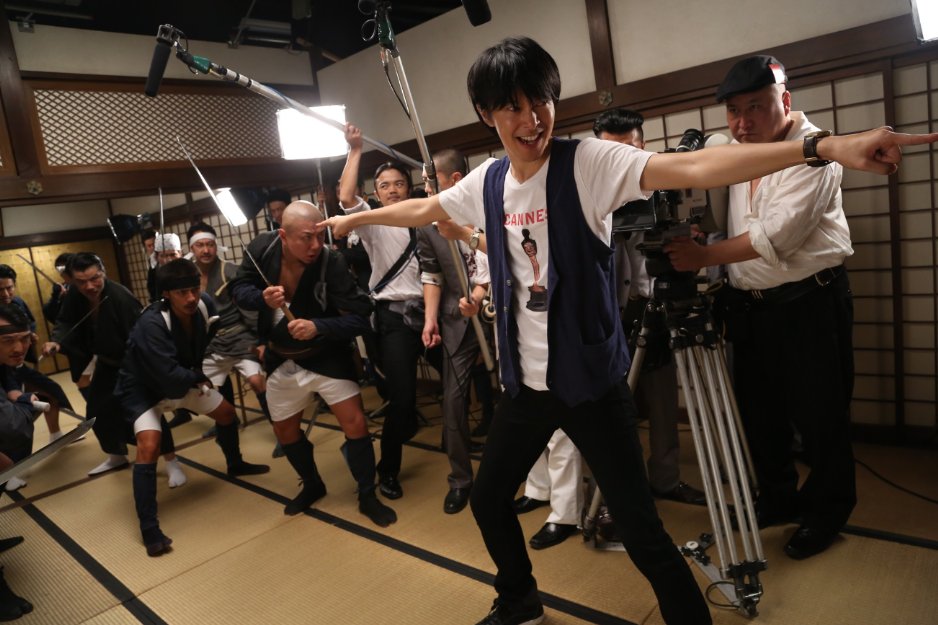 There’s no way to easily summarize all that’s taking place inside legendary Japanese director Shion Sono’s (Cold Fish, Suicide Club) latest genre exploding mishmash Why Don’t You Play in Hell?. Sure to become a cult favorite, this frenetic, bleakly satirical, exuberantly gory and shockingly violent dark comedy is so all over the map figuring out what it’s themes are and what it’s actually about is borderline impossible. It’s visually compelling and narratively eccentric, doing things and showcasing events that defy belief. But the movie is also frustratingly long and oddly unfocused, jumping around between stories and characters so haphazardly latching onto anything from an emotional standpoint is so gosh darn difficult trying to do so just isn’t worth the effort. 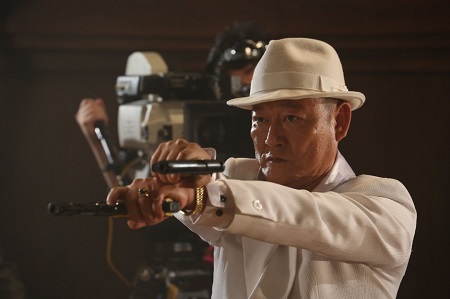 Do not misunderstand, this is certainly still the work of a master filmmaker. There are portions of this cutthroat, bone-snapping mélange that are as compelling and as eye-popping as anything to have graced cinema screens in all of 2014. There are visuals so beautifully disturbing they’re sure to haunt my dreams and influence my nightmares for a long time to come, Sono manufacturing images and moments that frequently took my breath away.

While that’s good news, I can’t say it’s fantastic enough to make attempting to sit through all 126 minutes of this whack-a-doo insanity, at least in the theater, something I’d recommend attempting. We’ve got warring yakuza clans, a spoiled rich kid who dreams of being an actress yet doesn’t seem to actually want the job when it’s given to her, a cadre of young renegade Super 8 filmmakers and a one-time ruffian who lets himself be convinced he’s the second coming of Bruce Lee. There are sword fights and gun fights, stabbings and decapitations, musical numbers and heavenly flights of fancy, all of these things and more competing for screen time and the viewer’s attentions as things progress from strange, to stranger, to absolutely beyond belief.

St its most basic the plot concerns a group of underground filmmakers, led by Scorsese-wannabe Hirata (Hiroki Hasegawa), whose members are finally starting to come to the realization they might never achieve the level of fame and success they’d always dreamed about. Then they meet Mitsuko (Fumi Nikaido), the beautiful daughter of yakuza boss Muto (Jun Kunimura), a former child star now getting her shot at a comeback whether she wants one or not. She’s got dimwitted Koji (Gen Hoshino) wrapped around her finger, convincing him to pretend to be a major up-and-coming director in order to fool her father for reasons too nebulously complex to go in to. He in turn persuades Hirata and his crew to join him in this subterfuge, everything culminating in a battle royale between Muto’s clan and that of rival crime boss Ikegami (Shinichi Tsutsumi), himself so infatuated with Mitsuko he’d not-so-secretly do just about anything for her if she should dine to ask. 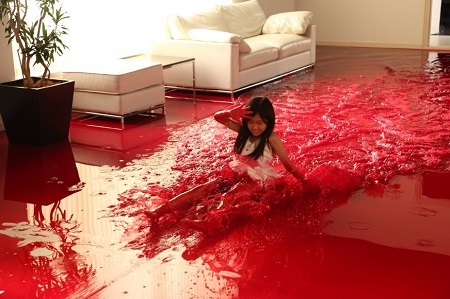 The giddily gory finale is an all-time hoot, Hirata and his companions joyously filming the rumble of all rumbles not entirely realizing Muto and Ikegami, along with their men, really are trying to kill one another and that it isn’t all make believe. It’s a bizarre, hyper-realistic cacophony of bloodshed and irony, satire and terror, limbs being severed at the same time laughs are being sought, Sono looking to keep the viewer on pins and needles trying to figure out what the heck is going on and what it all is supposed to mean.

But why care? That’s the problem I was continually faced with. As exuberantly insane as everything was, as inspired as so much of this might have been, Why Don’t You Play In Hell? is so all over the place, so untidy, so purposefully nonsensical, the truth of the matter is at a certain point I just didn’t see the point of trying to invest any of myself into the proceedings. It was sound and fury seemingly for the sake of both with nothing additional to be found, and as such the shock value of all the violence and gore didn’t have what I can only guess was supposed to be its desired effect. Sono is as rhapsodically talented a filmmaker as ever, still a gonzo cinematic auteur genre fans have every reason to love. I just didn’t care for his latest whirligig, and as impressive as much of it might be this still remained one playground I couldn’t help but feel as if I’d long ago outgrown. 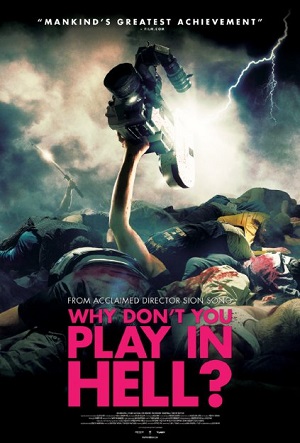