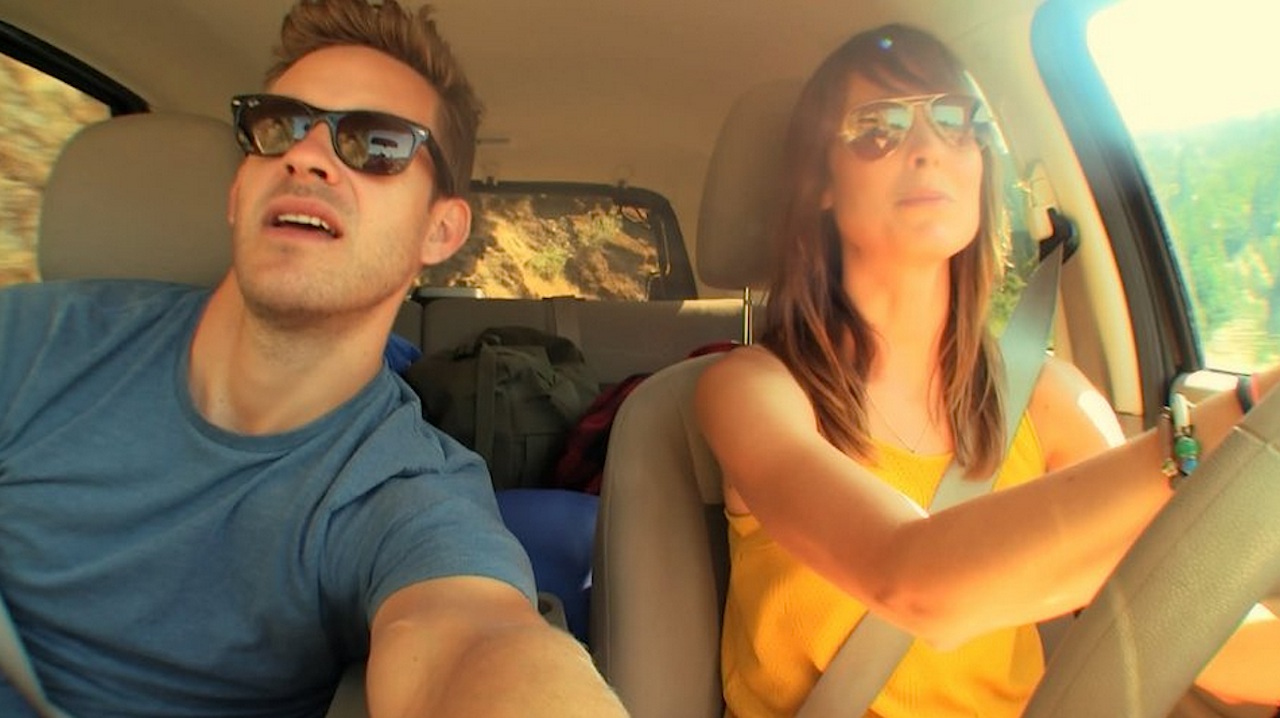 Jim (Bryce Johnson) and Kelly (Alexie Gilmore) have come to Willow Creek to shoot a low-fi documentary about the goings on in the heart of Bigfoot country, interviewing the locals, savoring their creative culinary delights and taking in the tourist-friendly sights. They’re also planning on hiking straight into the heart of where it all begin, making the decision to take the arduous trek to where the iconic Patterson-Gimlin footage was shot back in 1967.

Willow Creek is the most unlikely of a sidesteps enigmatic filmmaker and one-time standup comedian Bobcat Goldthwait has chosen to take so far, this found footage horror opus a stripped down, low rent affair that’s as back to The Blair Witch Project basics as any entry in the genre up to now. Strange thing, though, as good as God Bless America and World’s Greatest Dad are, and, as the years pass, they look more and more terrific each and every day, this latest effort might just be the director’s best film yet. Funny, endearing, character-driven and, most importantly, really, really scary (but not until it counts most), the movie is a no-frills, keep it simple barnburner, a 20-minute sequence inside a tiny little tent worth the price of a ticket all by itself.

It may not look like it right away, but Goldthwait is taking some fairly major risks as far as how he’s assembling things are concerned. If anything, he uses the first 40, maybe 50 minutes to dive headfirst into character, finding a way to make Jim and Kelly three-dimensional and not just genre stereotypes allowing for their complex romantic history and current relationship status to be explored in greater detail than these types of films usually stand still for. More than that, using actual Willow Creek locations, as well as the real life people who live there, gives the proceedings a jovial, self-effacing documentary-like quality making it almost perfect to be viewed on the History Channel or on PBS if not for the looming thrills and chills subtly waiting to explode across the screen.

And do those thrills and chills come, everything building to a massive, one-shot masterwork of suspense filmmaking at its absolute finest, Jim and Kelly squirming in ever-escalating fear as someone, something, lurking outside their tent begins making increasingly aggressive noises. Who is it? What is it? The answer isn’t necessarily as obvious as you’d think yet the terror washing over both the principals is absolutely genuine nonetheless, Goldthwait orchestrating this self-contained mayhem with understated glee making everything that happens next back in the not-so-calming influence of the daylight all the more powerful in the process.

Be that as it may, the director is working at the top of his game remembering you don’t necessarily have to bust convention to make a great movie. More than that, he remembers that the old tricks, like the use of sound, that an actor’s reaction to events taking place off-screen are typically far more frightening than anything you can show on it, are the best tricks, fitting all his pieces together with wonderful precision making sure nothing is out of place and everything happens at exactly the most opportune time to startle and petrify.

No, Willow Creek isn’t new, it doesn’t break the mold, but the honest truth is that it doesn’t have to. Goldthwait has made a seriously great scary movie, showing once again he’s an independent filmmaker of consummate skill and range willing to tackle any and all challenges head-on, making the resultant motion picture uniquely his own in the process. 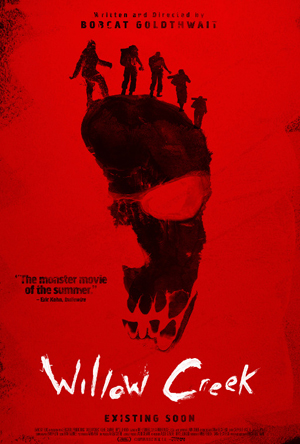