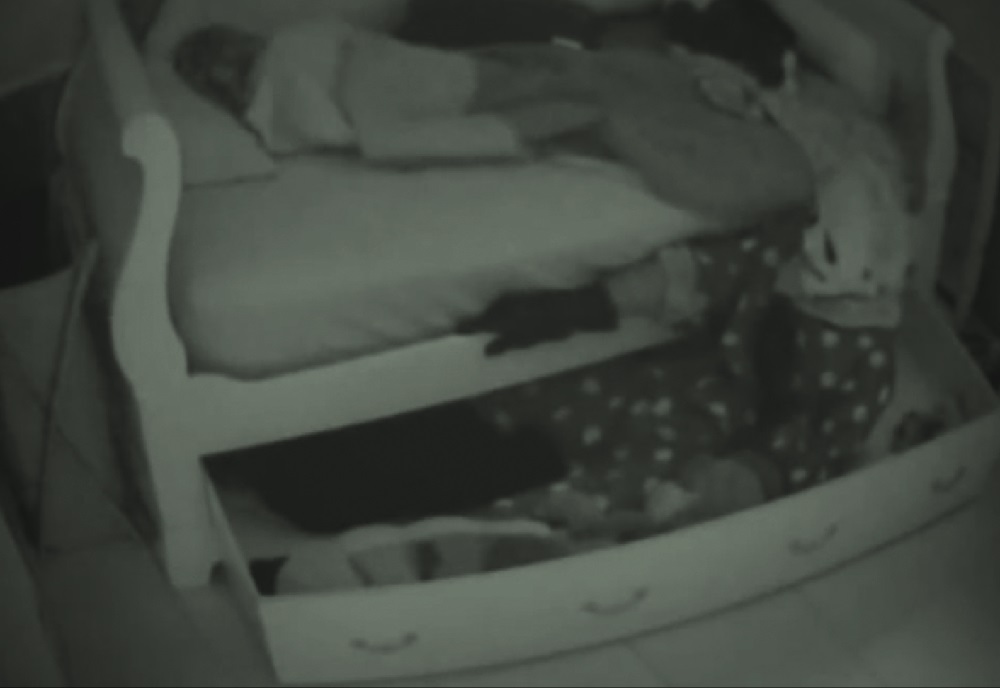 Doc Wrinkles the Clown a Suitably Malevolent Bag of Tricks

There is something inherently intriguing (and undeniably unsettling) about the phenomenon Michael Beach Nichols’ documentary Wrinkles the Clown attempts to explore. The legend of Wrinkles got its start with the posting of a grainy, Paranormal Activity-like video on YouTube that featured a sinister clown climbing out from inside a drawer underneath a sleeping girl’s bed. It instantly went viral, and soon more short videos began to appear of Wrinkles at various Florida locations scaring children (mostly just by standing perfectly still) along with a phone number so parents could engage him for his “behavioral services” in regards to their misbehaving kids.

Why do parents call the Wrinkles’ phone number to scare their children? Why did his videos cause such a viral sensation? What’s the line between child abuse and proper parental punishment for misbehavior? Who is this clown? Is he serious? Or was this whole thing some sort of public performance art to see how modern urban legends are created and to see what sort of effect they might have on society? What happens next and where does Wrinkles go from here? Is this onslaught of creepy, terrifying clowns in public spaces his fault? Or is it all part of a historical trend that loves to paint clowns as ominous and deadly and not the selfless jokey tricksters who only want to make people laugh?

These are a handful of the many questions I had while watching Nichols’ film. But as frequently entertaining as his mercifully brief documentary might be, I can’t say the filmmaker goes a long way in answering any of them. He brings many of them up. He puts several of them front and center for the audience to observe and potentially dissect. Nichols even manages to interview a few children (and their parents) who have come to idolize and become obsessed with Wrinkles, showing how their starstruck worship can both positively and negatively affect their lives.

But the movie seems more interested in celebrating the mystique of this clown than it is in analyzing the myriad of topics his cult-like status has generated. It just adds to his unnerving myth more than it does anything to look beyond the mask and see what makes this spooky clown tick, and as such the overall film is never as interesting or as thought-provoking as it potentially could have been. Nichols appears to be content to toy with the audience in almost the same way as his purported subject has been doing in his online viral videos. A little over halfway through the director reveals what’s been really going on but not nearly as cleverly or as shockingly as I feel was likely his intention. Things tend to feel a little bit cheap and purposefully sensationalistic. While I loved getting insight into how those Wrinkles videos were created, the satisfaction I got there was frustratingly brief and only made me long to know more about the guy under the mask and less about the technical and creative tomfoolery involved in the producing of his YouTube shorts.

Don’t get me wrong. Wrinkles the Clown is incredibly entertaining at times, especially during its first half when it’s following around a shady older gentleman with a long white beard who we only see in extreme closeup channeling his inner Chris Farley by apparently living in a van down by the river. The movie is undeniably tense, Nichols showcasing a terrific ability to generate tension and suspense, which is saying something considering this is a documentary. The interview snippets with the kids who idolize and obsess about Wrinkles are close to great, some of those even more upsettingly chilling than the fuzzy viral videos that made the clown famous in the first place.

Is it enough? I can’t say I have an answer to that question. I wanted Nichols to explore his topics and not just toy with the audience, and I can’t say I walked away feeling like I learned anything interesting about how things go viral, the lengths parents will go to punish unruly children or society’s undying fascination with scary clowns. But if I judge the movie on what it is and not what I wanted it would be, I just as succinctly cannot say I didn’t enjoy seeing how everything played itself out. While not a great documentary, that doesn’t mean it was any less fun to watch, and even with a clown car full of reservations this is still a suitably ghoulish bag of malevolent tricks I’m happy I took the time to open up and see for myself what was lurking inside. Nichols knew how to hold my attention, Wrinkles the Clown a celebration of petrifying delights that had my guts twisted into unbreakable knots. 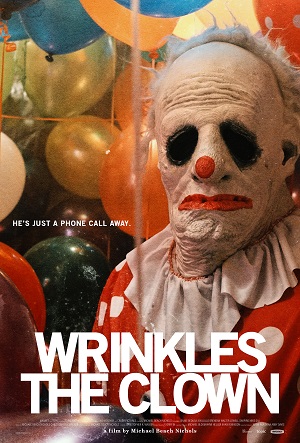