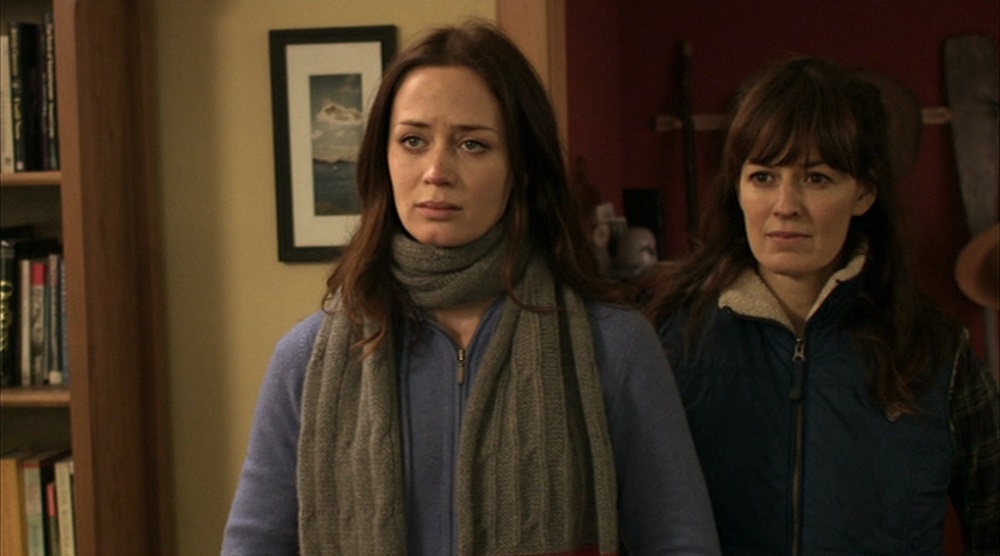 Shelton’s Sister a Stirring Drama of Grief, Family and Forgiveness

One year after the death of his brother, Jack (Mark Duplass) is still struggling with his grief. Best friend Iris (Emily Blunt) can’t help but see this, and in the hopes that maybe some time alone will help him clear his head she urges Jack to go off to her father’s secluded cabin on the San Juan Islands just north of Seattle and across the Puget Sound.

Taking Iris up on her offer, he stumbles into the cabin in the dark of night and is shocked to come across her sister Hannah (Rosemarie DeWitt), a lesbian who is an emotional wreck after breaking up with her girlfriend of many years. The two adults, having only heard about one another in passing thanks to Iris’ stories, quickly bond over a bottle of tequila. One thing leads to another and somehow, someway, they drunkenly find themselves lying naked together in the same bed.

Of course Iris will make a surprise visit, and it goes without saying that Jack, who’s always harbored a secret crush on his best friend, the former girlfriend of his late brother, doesn’t want to tell her what it is he and Hannah did the night before she arrived. But as obvious as these plot points are, as straightforward as they may appear, writer/director Lynn Shelton’s Your Sister’s Sister very seldom goes for the obvious gag or the obvious melodramatic contrivance. Instead, the wily filmmaker behind 2009’s entertaining Humpday keeps things grounded in an emotional reality that feels honest and true, and while the situation might be extreme the way each person connects to the other is anything but.

All of this isn’t just a good thing, it’s a great thing. This movie easily could have gone off the rails. Not only is the situation that Jack and Hannah find themselves in something of a stretch, the way they react to Iris’ arrival doesn’t exactly make either of them more likable. Part of me couldn’t quite grasp why they wouldn’t just lay their cards on the table immediately and admit to a night of drunken lunacy that resulted in a little hanky-panky. But as things evolve and Shelton to strip away the artifice each has built for themselves over the years and allows the reality of the situation come into the light, many of their collective decisions, even the horrifically stupid ones, start to make sense. While one would like to believe they’d do things differently, it’s equally easy to imagine how easy it would be to follow a similar path each of these three do.

There are some obtuse narrative angles and disjointed moments that don’t entirely fit together. One of Hannah’s decisions does not come off as being plausible (especially if she’d drunk as much tequila a conversational montage alludes to), and the more I think about what it is she does the more it starts to annoy me. I’m also not going to say the way she and Iris manage to reconnect and work past their differences is as fully realized as I would have liked it to be. Their issues feel a bit bigger then strolls through the woods and a few midnight pillow talks could easily reconcile.

Yet these misgivings on my part are thankfully relatively minor. Shelton crafts some wondrous moments of heartfelt truth that held me spellbound, many of the scenes she composes building on one another in a delectable and dexterous manner that’s superb. She’s got an ear for dialogue and an eye for staging, delivering some staggering emotional moments that left me bruised and battered one instant only soothe my soul and satiate my senses in the very next one.

It helps that she’s assembled actors as magnificent as Blunt and DeWitt to portray the primary female roles, while also nabbing the stoic Duplass (who appeared in Humpday and also, with the blessing of his brother and fellow writer/director Jay Duplass, gave Shelton the seeds of the idea that became the film’s script) to fill Jack’s shoes. The trio works together beautifully, the actors having intoxicating chemistry that feels wholly genuine throughout. Blunt and DeWitt, in particular, are unbelievably good, each bringing a depth and a passion to their performances that leaps right off the screen.

I’ve left a lot out and that’s by design. Not everything about the plot should be known before going in, even if Shelton reveals many of her cards early on. These twists of fate give the film its zest and its energy, allow it to blossom into an emotionally affecting melodious surprise that flooded my eyes with tears and made me want to stand up from my theatre seat and cheer. Your Sister’s Sister has something universal to say about relationships, about the bonds between siblings, about how it is we choose to live our lives and the mysterious nature of the dreams, aspirations and demons that drive us forward. It is a superlative achievement, Shelton cementing herself as a defiant cinematic talent who only seems to grow in confidence with every motion picture she makes. 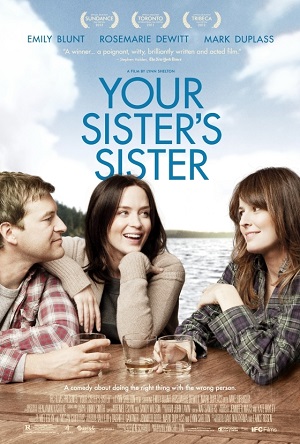