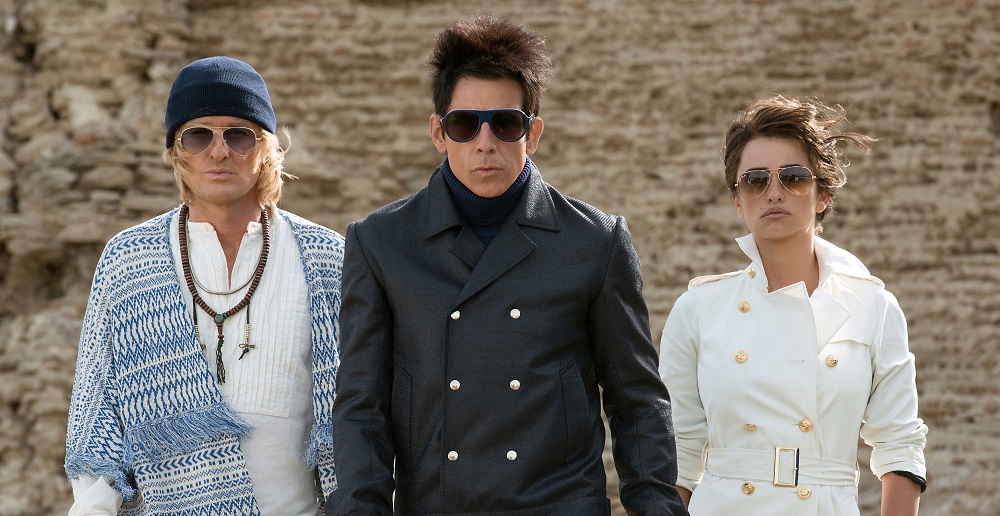 At its worst, Zoolander 2 is a reminder of just how good a technical craftsman Ben Stiller is as a director. While his films behind the camera are notably hit or miss, Tropic Thunder and Reality Bites being epic highs while The Cable Guy is a frustrating, if still fascinatingly peculiar, low; as far as cinematography, editing, musical choices and all the rest are concerned, everything on that front is notably strong. He has an idiosyncratic eye for detail so many of his comedic contemporaries do not, and as such, even relatively forgettable trifles like The Secret Life of Walter Mitty and the original Zoolander end up having more staying power than they otherwise would have. 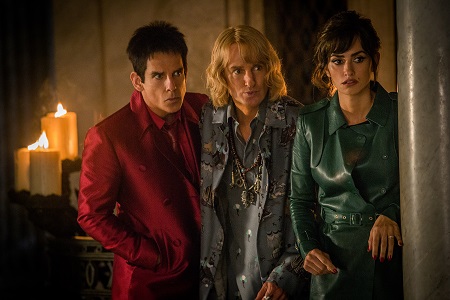 Fifteen years after the fact, the character of mentally challenged male supermodel Derek Zoolander (Stiller) hasn’t aged particularly well, neither have the satirical jabs at the fashion industry or the growing celebration of celebrity for the sake of celebrity. If anything those things have become just the kind of joke the original 2001 pointedly predicted they might become, that film’s political assassination subplot a not exactly subtle red herring as the whole point was to put a mirror up to society’s materialistic self-obsession and knowingly smirk.

With that being so, it’s hard to know exactly what it was that made Stiller so eager to revisit the character. There’s just not a lot new to say, many of the central conceits and more subversive gags just confirming what’s happened in society over the past decade-and-a-half. Finding something original, discovering new targets for the satire, it is there Stiller and his creative team (made up of Tropic Thunder maestro Justin Theroux, Get Him to the Greek impresario Nicholas Stoller and franchise returnee John Hamburg) can’t help but fail, and as such I can’t say how much staying power this sequel will ultimately prove to have.

Strange thing? I actually laughed more watching Zoolander 2 than I did its predecessor. The pre-credits opening, ruined somewhat by the trailers which sadly spoil the central cameo reveal, is a hoot, elements involving rival supermodel Hansel (Owen Wilson) and his beloved orgy are hysterical and Will Ferrell’s return as evil fashionista mastermind Mugatu is glorious (even if it does take him about an hour to finally show up). The onslaught of celebrity cameos can get tedious, but when they do work, they do so gloriously, a certain “Cosmos” scientist, a Titanic heartthrob, a “24” ass-kicker and a Resident Evil megastar (reprising her role from the first film) making the most indelible imprints.

The plot, what there is of one, revolves around Derek and Hansel both being called out of retirement by fashion icon Alexanya Atoz (Kristen Wiig) to star in a new runway show by cheerfully nihilistic designer Don Atari (Kyle Mooney) in the heart of Rome. But it’s all a ruse, and Interpol agent Valentina (Penélope Cruz) – fashion division – is there to warn them. She’s trying to solve the brutal assassinations of a number of notable Pop singers, all of whom died flashing one of Derek’s signature looks including Le Tigre, Magnum and, of course, Blue Steel, and she’s certain they’re trying to send him some sort of message. Also, Valentina knows where the supermodel’s long-lost son Derek, Jr. (Cyrus Arnold) is, promising to reunite father and son in return for a little help putting the pieces of this crazy messed-up fashion puzzle together. 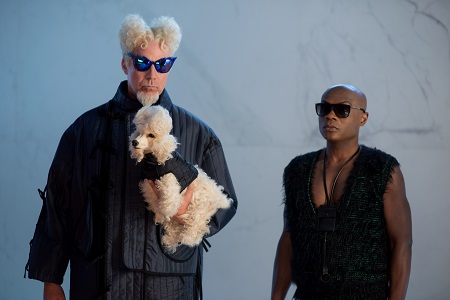 The film is superbly shot by Daniel Mindel (Star Wars: The Force Awakens), the fluidity of his images and use of a number of iconic Rome landmarks rather wonderful. It’s also edited with crackerjack precision, Greg Hayden (Tropic Thunder) doing his typically wonderful job for Stiller as far as that facet of the production is concerned. In regards to the director, his sense of timing, the way flows one scene into the next, all of it works, oftentimes beautifully, and as purposefully nonsensical, complex and silly as the plot might prove to be keeping track of the story is still exceedingly easy to do.

It’s always hard to know how much to say and what to hold close to the vest when it comes to comedies like this. For one thing, the humor is entirely subjective, and what made me laugh is very likely to leave the person sitting right there next to me absolutely cold. What I find annoying could lead them into fits of uncontrollable laughter, the stuff tickling my funny bone enough to enrage another to the point of vitriolic fury. But for me, while not a film likely to have a lot in the way of staying power, I still enjoyed Zoolander 2, the sequel reminding me that Stiller is a creatively inspired director who should probably step behind the camera more often than he right now does. 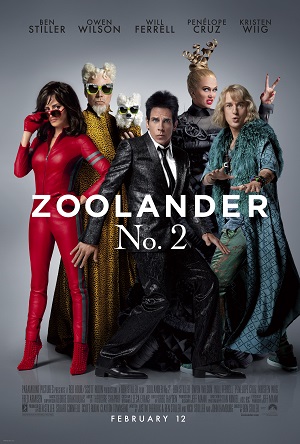