Matthew Heineman, the talented filmmaker and journalist whose Oscar-nominated 2015 documentary Cartel Land found him embedded with a Mexican militia trying to eradicate the vicious Knights Templar drug cartel as well as spending time with a former Arizona anti-immigration crusader fighting against the cartels on the border, returns with an equally timely motion picture that’s even more incredible and thought-provoking then his remarkable previous feature proved to be. Working with the citizen journalists of Raqqa is Being Slaughtered Silently (RBSS), with the mesmerizing City of Ghosts the director attempts to tell the story of what it is like to be in a city that has been completely taken over by ISIS. 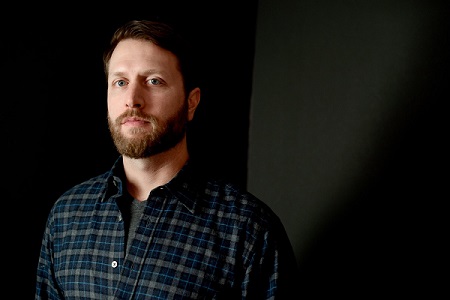 It’s incredible stuff, these heroic everymen putting their own lives in constant, mortal danger by choosing to expose the atrocities taken place in the Syrian city of Raqqa each day ISIS is in control. It’s haunting, viscerally unsettling stuff, Heineman allowing the Syrians to tell their own complicated story as best they can through clandestinely shot footage that more often than not sent chills up my spine and had my blood running cold.

I had a chance to sit down and chat with the talented director for a few minutes during his visit to the Seattle International Film Festival. Here are some of the highlights from our all too brief conversation:

Sara Michelle Fetters: I watched this movie again this morning, I got up early, and I made sure just to take another look at it. I can’t believe what you’ve done back to back. I just want to get that out there. I look at Cartel Land, and I look at this film, and I’m devastated.

Being a film journalist and a critic, being someone who looks at Sundance and gets excited when I see a film like this coming our way and as a person who keeps up on the news of what is happening in the world, I think I knew going in what to expect. But for people that, whether they’re purposely clueless or they just don’t get into these things, for whatever reason they just don’t watch the news, don’t have any concept of what’s going on in the world, how would you describe City of Ghosts to them? What would you say to get them interested?

Matthew Heineman: It’s a good question. I guess I think for both films, really, the topic of the US-Mexican Drug War, and the tragedy in Syria, these are very big, big, conflicts that are often relegated to stats, photos and headlines. One of the things I tried to do with both of these films is to, and I think that’s one of the beauties of documentary film, is you’re able to go to these places that you might not otherwise get to see, to feel it, and then meet people at the center of these conflicts. That’s really what I tried to do with both of them, especially City of Ghosts, to put a human face to this topic. If you put a human face to this conflict it sort of makes you care.

Sara Michelle Fetters: How do you go from basically being embedded with drug cartels to making friends with the journalists of RBSS? Traveling from safe house to safe house with them in Germany and learning their stories? How does that transition even happen?

Matthew Heineman: Well, literally I traveled around with the cartel, doing the whole sort of circuit if you will, and ISIS was becoming front page news. I started reading voraciously about what was happening and trying to understand this phenomenon, trying to see if there’s a way into a new film. I finally read this article by David Remnick about this group, Raqqa is Being Slaughtered Silently, and how they’re a group of friends who banded together to expose what ISIS was doing in their hometown of Raqqa.

Immediately when I read that article I knew that this was my way into this story. How I reached out to them? Two of them happened to be in the States, and after I met with them, a week later I was filming. I think that’s one of the nice things about being on the film myself, I can just jump into a story even if the funding is not there yet. Just to be able to get that early trajectory point, I find that valuable.

Sara Michelle Fetters: How do you gain their confidence? I know that they wanted all of this footage out there, that they wanted this story to be told. At the same time, you gained access that is pretty startling. I don’t want to ruin it for people because I really want them to experience what you show in this movie, but a lot of this is truly startling and devastating stuff.

Matthew Heineman: Access is key. Those intimate moments, to me, are what make the film what it is. Without that, I don’t think I’d have a film. You know, there’s a couple of ways that this happens. One, I think, is just a level of transparency with my intentions. Telling them that, I want to go on this journey with you, that I don’t want to just sort of meet you at a café, and interview you around the table. I want to become a part of the fabric of your daily life for weeks, months, years; however long it takes.

In this case it was about nine months. That’s a very grueling way of making a film, but it’s what I think allows me to get these very intimate moments because there’s no way, especially without giving away that last scene in the film, what happened if I just knocked on his door and said, “Can I hang out with you for a day?” This was built on months and months and months of trust, respect and intimacy, and only after becoming a part of the daily fabric of their lives.

Sara Michelle Fetters: The irony, of course, is that to get people to see the film, you have to sit down with people like me at little tables to have these short, quick conversations in order to convince people to go watch the movie. Does that ever drive you a little crazy? That’s probably a silly question, but it is weird, don’t you think? You have to spend all of that effort to get the story out there, spend months earning your subject’s trust, and then you have to do almost the exact opposite to get people to see the actual film.

Sara Michelle Fetters: Why is it that stories like this either don’t get told on the nightly news or, if they are told, they are broken down into two minutes and don’t dig into the issues that are key to trying to find an understanding of what is going on?

Matthew Heineman: I think documentary film is filling a void in journalism today. You probably know this better than I do, but traditional journalism, especially with newspapers and TV networks, the foreign bureaus are shrinking. The money going into investigative journalism is shrinking. So documentary film is sort of filling that void of long-form, sticking with the story for a long time journalism. Which is really important. So much of what we read and what we see is just getting that scoop.

I’m being somewhat hyperbolic. Obviously there’s amazing investigative journalism out there, but I think the money and the desire by those in charge is no longer there. I’m friends with a lot of investigative journalists, and it’s very hard for them to tell these stories. Again, I think documentary film is filling that void to some degree.

Sara Michelle Fetters: These guys at RBSS, not only are they doing a service to investigative journalism, but I mean, they’re heroes. I don’t think there’s really any other way to put it. They’re doing a service that’s allowing the world to get insight that we never would have obtained without them. What do you think it will mean to you, when you get to get this film out there and hopefully people get to recognize the work these guys are doing?

Matthew Heineman: It means a lot to me, obviously. No question. I care deeply about what they do. I care deeply about them. I think in this world of fake news, as journalism is quote/unquote, “Under fire,” and as truth is seemingly malleable in the court of public opinion, I don’t think there’s a more important story to tell than one of people who are fighting for the truth, who are dying for the truth and who are seeking truth. I hope that’s one of the legacies of the film. The importance of doing this work. The importance of real boots on the ground, fact-finding, truth-seeking journalism.

They’re not trained journalists. They wouldn’t necessarily even call themselves journalists. You know, they’re media activists, or citizen journalists. But they’re filling a void where ISIS has completely blacked out all information coming in and out of that city. If it wasn’t for them, we’d have no idea what’s happening there.

Sara Michelle Fetters: I know we have to wrap it up, but how do you hope this film fits into current conversations in regards to the refugee crisis in Syria and the overall fight against ISIS? Not just in Syria, but throughout the world? I mean, we’re hearing these hyperbolic statements out of our own President that make absolutely no sense.

Matthew Heineman: Yeah, I don’t think people grasp the situation. I think Americans are programmed – scratch that – I guess humans really are programmed to want a silver bullet. This quick fix. They want a talking point. Something like, “Here’s a way to fix the Syrian Crisis or the refugee crisis.” But things are much more complicated. In Syria, what we’re seeing is a proxy war between many countries: Iran, the US, Syria, Turkey, Russia. We’re seeing a civil war that’s lasted since 2012, between Assad and various rebel groups. We’re seeing a vacuum of power that ISIS has filled, so this is a topic that is not going anywhere, anytime soon.

I’m not sure how [City of Ghosts] fits into the refugee crisis, I guess very, very quickly, this film began as a story of RBSS vs. ISIS, but the end is the story of this media war that asks, “What is information? What is propaganda?” I initially thought I wanted to be on this journey, this exodus away from Syria to Turkey, and from Turkey to Europe. What I didn’t know is that the film would become much more than that. It became a film about finding one’s self in a new land and becoming it. We’ve become the story of trauma, and the cumulative effects of trauma. For me, what I love about doing this is that you start out making one thing and then it becomes something much different. Being open to that changing is key.