Detective James ‘Jim’ Gordon (Ben McKenzie) is driven to help rid the city of Gotham of the criminal presence that smothers it in darkness, especially in the wake of the devastating loss of young Bruce Wayne’s (David Mazouz) philanthropist parents, leaving the wealthy child an orphan looked after by his butler (and father figure) Alfred Pennyworth (Sean Pertwee). With corruption everywhere, the driven policeman goes above and beyond to try and see justice is done, walking a very thin line in the process that could very well lead him into becoming just the type of evil he’s hoping to put an end to. 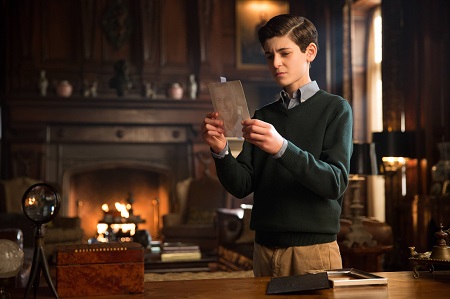 Gotham is a show oozing in potential. Shame it only rises up to embrace it about half of the time. Good news? This Batman origin series features two great performances, McKenzie as future Police Commissioner Jim Gordon and Robin Lord Taylor as the man who will terrorize an entire city as the villain known as Penguin, psychologically obsessive businessman Oswald Cobblepot. It also does a surprisingly nice and nuanced job showing how Bruce Wayne battles a lot of interior demons as he heads down a path that will eventually see him become the Caped Crusader, his complex friendship with street kid Selina Kyle (Camren Bicondova) a somewhat surprisingly interesting one.

But, wow, for a program with so many intriguing storyline possibilities it’s almost amazing how often this program does absolutely nothing with just about any of them. It’s so haphazardly constructed much of the time, shifting gears and tones so frequently, that maintaining interest for an entire episode, let alone for the whole season, is oddly difficult to do. It’s head-scratching stuff more often than not, plot strands dealing with villain Fish Money (an obnoxiously overwrought Jada Pinkett Smith) particularly difficult to endure.

And yet, when the show gets things right, when it finds itself on the proper track, the effect is borderline glorious, a stretch focusing on an eerie, uncomfortably magnetic Cory Michael Smith as Edward Nygma, a.k.a. The Riddler, close to superb. On top of that, McKenzie and Taylor manage to do something in each episode that somehow make even the most unforgivable missteps somehow endurable, each of them crafting complex, intriguingly magnetic characters full of growth potential that will hopefully get explored in increasing depth if the show is gifted future seasons.

Whether that happens or not is going to depend on whether or not showrunners can learn from all their mistakes in the upcoming Season 2. Part of me hope they can, because as comic book prequels go there are just enough elements working correctly in Gotham to leave me hopeful that things might get more consistent as events progress. 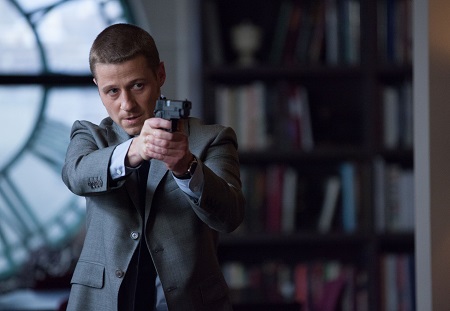 Designing the Fiction – A nice look at the series’ visual esthetic focusing mostly on production design and costumes. 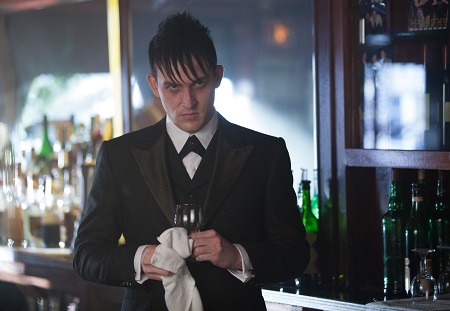 The Game of Cobblepot – An in-depth look at the show’s best character, Oswald Cobblepot, focusing on how actor Robin Lord Taylor has deftly and intimately constructed this magnetically fascinating villain.

The Legend Reborn – A solid featurette looking at the show’s wonderful pilot episode, one that had me pretty much convinced I was about to watch a better television series than I actually did.

DC Comics Night: Comic-Con 2014 – Comic-Con presentation looking at Arrow, The Flash (which is terrific, by the way) and Gotham.

A Digital Copy of Season 6 is included with this release.

There is potential lurking in Gotham, I’m just not sure there is enough of it to get me excited about giving the series a second shot during Season 2. Warner’s Blu-ray presentation, however, is immaculate, fans of the show almost certain to be more than satisfied if they add this four-disc set to their personal libraries.