A look at the life, exploit, successes and failures of Citizen Kane auteur Orson Welles as put together and assemble by Academy Award-winning documentarian Chuck Workman (Superstar: The Life and Times of Andy Warhol).

Anyone who knows anything about the great Orson Welles isn’t going to learn much new from Chuck Workman’s documentary Magician: The Astonishing Life & Work of Orson Welles. It’s a fairly straightforward, somewhat glossy examination of its fascinating central subject, and as such it doesn’t quite end up being as informative or as interesting as it potentially might have been had the filmmaker decided to dig even just a wee bit deeper. 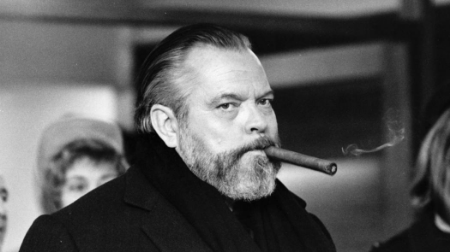 Yet the film is continually interesting, making it’s obvious, if still strong, case that the auteur behind Citizen Kane was far more than that one groundbreaking motion picture. In fact, his imprint on cinema and cinematic history is gigantic, films ranging from The Lady in Shanghai, to Touch of Evil, to The Magnificent Ambersons, to The Trial, to The Stranger, as incomplete and not entirely the works he meant them to be, all still leaving an indelible imprint still being felt today. He was a master far ahead of his time, one who let his massive ego and inability to get along with those controlling the purse strings get the better of him making it close to impossible for the director to do a single thing he wanted to for the vast majority of his career.

Workman presents things in a rather linear fashion, going over most of the important aspects of Welles’ life and career weaving in interviews (both archival ones of his subject as well as more recent sit downs with those he worked with) juxtaposed to moments from films he directed, starred in or hand some sort of hand helping bring to life. It’s continually interesting, especially for those that know little about the man’s colorful history, the film’s brisk 94 minutes passing in what feels the blink of an eye.

The only problem is that it could have been so much more, Workman leaving a lot on the table as he brings his story of Welles to completion. But even if Magician isn’t the definitive last word on the famed iconoclast’s life it’s still a great look at what helped make him the enduring icon he still is today, and for those wondering what all the fuss is about they’ll have a pretty good understanding of it by the time this documentary comes to an end.

Magician: The Astonishing Life & Work of Orson Welles is presented on a single-layer 25GB Blu-ray with a MPEG-4 AVC encode and a 1.78:1 1080p transfer.

This Blu-ray features both English DTS-HD Master Audio 5.1 and English Dolby Digital 5.1 soundtracks (the disc strangely defaults to the latter; I don’t know why) and comes with optional English SDH subtitles.

It’s not a lot, but the short conversation with Workman is still pretty solid, offering up even more food for thought as it pertains to Welles, his life and why he still matters as far as the world of cinema is concerned.

Magician: The Astonishing Life & Work of Orson Welles is an engrossing, if still only surface level, examination of one of the 20th century’s most towering cinematic figures. While never digging as deep as I would have liked, the film’s nonetheless a wonderfully entertaining documentary filled with numerous delights both for diehard cineastes and the modestly curious alike. Good, not great, stuff.