That Awkward Moment epitomizes the best and worst of movie going January clichés. The best in that there are times of staggering, unexpected and slightly off-center genius, things moving in ways that feel authentic while at the same time giving a somewhat idiosyncratic spin on a relatively tired (and overly familiar) storyline. The worst in that it doesn’t do anything revelatory or insightful with any of those traits as it moves towards its conclusion, falling into a pit of idiotic self-indulgence throwing its characters under the bus as it evaporates into nothingness. 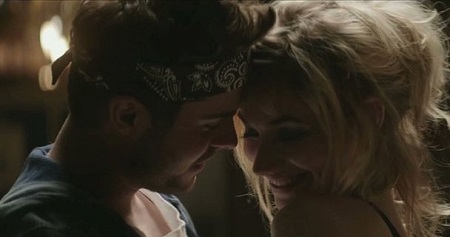 That same description could apply to any number of January releases over the past few decades, studios using the month as a way to jettison films they don’t quite know what to do with or market as well as ones they feel don’t live up to their inherent potential but think they can make money off of all the same. And, let’s be frank, That Awkward Moment is a low budget, independent effort that will probably post a small profit quality notwithstanding, meaning its distributor made the right choice delivering it to theaters now when competition is minimal and expectations low.

None of which makes the movie, you know, good because, also being frank, it isn’t, the last third undermining any goodwill I might have developed from the initial two acts to such an extent I couldn’t wait for the darn thing to end. It’s as if writer/director Tom Gormican sabotages his debut on purpose, characters suddenly doing things they normally wouldn’t while others make decision so mind-numbingly heartless how anyone anywhere could care for them again, let alone the intended object of their affections who they’ve wronged, is beyond me. It’s equal parts infuriating and frustrating making watching the whole picture nothing short of a complete waste of time.

Which is a pity because, for a while there at least, I kind of thought Gormican’s effort was going to be something akin to a modestly enchanting surprise. While the scenario is something of a snooze; best friends Jason (Zac Efron), Daniel (Miles Teller) and Mikey (Michael B. Jordan), the latter of which was just served divorce papers by his wife Vera (Jessica Lucas), make a pact to not fall into a romantic relationship with any woman and instead play the field like modern day Casanovas; the writing is sharp, the performances are solid and the emotions feel pure. While the gross-out humor is on the obnoxious side it never overpowers the inherent truisms lurking beneath the surface, and as overly familiar as much of the narrative is the friendship between three principals can’t help but feel genuine.

All of which makes the final half hour or so all the more unfortunate (any maybe even unforgivable). Jason’s a bit of a nitwit, sure, but he’s never an out-and-out ass, so what he ends up doing to not-a-girlfriend girlfriend Ellie (Imogen Poots) is enough to a make person scream in agonizing fury. As for Daniel, he gets into a relationship with Chelsea (Mackenzie Davis) only to make the type of fool of himself (and, inadvertently, of her) that belittles their romance as well as makes him look like a womanizing jerk. With Mikey, every stereotype imaginable is thrown into the mix, some of them uncomfortably racial, the film’s best, most endearing character instantaneously transformed into a sophomoric shell of his former self that’s so heinous it’s insulting.

On the plus side, as saddening as this left turn into catastrophe ends up being nothing changes the delectable truth that both Teller and especially Jordan are on the path to bona fide stardom. While their performances don’t equal the stratospheric heights they found in 2013’s The Spectacular Now (Teller) and Fruitvale Station (Jordan) that has more to do with the material than it does with anything else. Each actor has multiple moments where they shine, sparkling like diamonds amidst the junk pile even when the script starts working vexingly against them. Jordan, in particular, broke my heart at one point, his reaction as he listened to words he needed to hear but so desperately wished weren’t being said close to miraculous.

It isn’t enough. Efron, as charming as he can be, has trouble rising to the same heights as his costars, the fact his character’s journey is the most reprehensible understandably augmenting this substantially. Poots and Davis, both wonderfully promising actresses with incandescent charm to burn, aren’t just wasted, they’re belittled and treated with so little respect it made me livid, while the less said about Lucas’ borderline insulting character the better.