Ghostly Woman in Black Rises Back to Life

Jean Hogg (Helen McCrory) and Eve Parkins (Phoebe Fox) have taken a cadre of youngsters into the British countryside in order to escape the bombing of London by German forces. The government has chosen the secluded and rundown Eel Marsh House for them to reside in, thinking it is so out in the middle of desolate nowhere there’s no chance the kids or their caretakers would be in any sort of danger whatsoever. They were wrong.

The ghost of Jennet Humfrye (Leanne Best), quiet for over four decades, still resides at Eel Marsh House, and in young Eve she sees a kindred spirit worthy of being manipulated, terrified and ultimately destroyed. She will use one of the children in her care, quiet, introspective Edward (Oaklee Pendergast), who just lost his own parents during the latest bombing, and through him the so-called Woman in Black will unleash the murderous carnage for which she at one point in time was very well known for.

I liked 2012’s The Woman in Black. It was a nicely constructed gothic horror tale featuring a wonderful central performance from Daniel Radcliffe. But I can’t say I felt it lent itself to a sequel, the story – based on the popular, frequently adapted story by author Susan Hill – more or less playing itself out by the time things reached their expectedly unsettling conclusion.

Yet here is The Woman in Black 2: Angel of Death picking things up 40 years after the events of the first film, taking place during the brutal early days of WWII featuring an entirely new cast of characters facing the terrors residing inside the lonely confines of Eel Marsh House. The surprising thing is that the movie, which, let’s be frank, is in all actuality nothing more than a rehash of the first one just with a swap in gender as far as the protagonist is concerned, is rather entertaining, doing just enough to keep my attention for all of its pleasingly brief 98 minutes. 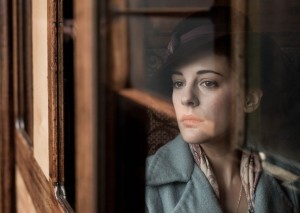 Tom Harper, a veteran of British television productions like “Peaky Blinders” and “Misfits,” directs with a confident hand, and while there are a few requisite jump scares scattered throughout by and large he eschews those choosing to develop thrills via subtle misdirection. A grizzled, claw-like hand slowly drifting into the frame, a shadowy figure materializing with agonizing deliberateness in the back corner of the frame, a child’s eyes opening in gradual terror in regards to what they are being forced to witness, these are the things the filmmaker chooses to focus upon.

Jon Croker’s script, working from a story idea conceived by Hill herself, isn’t near as sharp. I like the move to WWII, and Eve is a solid character to revolve things around. But too much time is spent going over Jennet’s origins, rehashing old material we more or less learned from the first film. Additionally, the majority of the core events follow an entirely too predictable a pattern, nothing that transpires unanticipated from the first moment the ghostly avenger sets her sights on the pretty young schoolteacher and her favorite pupil. When a character admits a deathly fear of something you just know they’re going to be facing it head-on at some point, while another’s inability to say a single word will of course be cured when the time is precisely right.

But George Steel’s cinematography is exquisite, slinking and sliding around corners with sublime ease. The images coldly caress the senses, helping augment an air of sinister angst that permeates the entire motion picture. Harper allows him to move with a subtle carnivorousness that fits the ghoulish Jennet perfectly, making her even more of an abhorrent agent of tragic evil than she was the first time around. 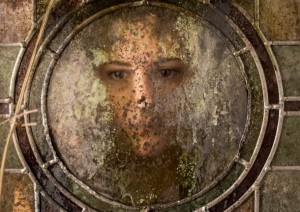 There are also some great bits, most notably a set piece at a faux landing field that’s as creepy as it is inspired. I also loved a bit where Jennet plays a rotten little game with one of her victims, leading them on a wild goose chase with a blood-red string that will later be used as a self-administered strangulation device. A few too many echoes of J.A. Bayona’s far superior The Orphanage aside, it’s hard not to get chills over much that happens, the fact Harper and Croker show zero reticence in pitilessly dispatching some of the kids augmenting those feelings considerably.

It would have been nice had the movie elected to take a few more risks, go places that were not foreseen right from the start. As small-scale B-grade genre entries go there’s plenty to like, just not so much that I’ll likely be thinking much about this sequel for very much longer. Yet as early year horror releases go this one is still better than most, and while The Woman in Black 2: Angel of Death isn’t a film I’d rush out to see it also isn’t one I’d be against taking a second look at again when it hits Netflix or Blu-ray a few months down the line.