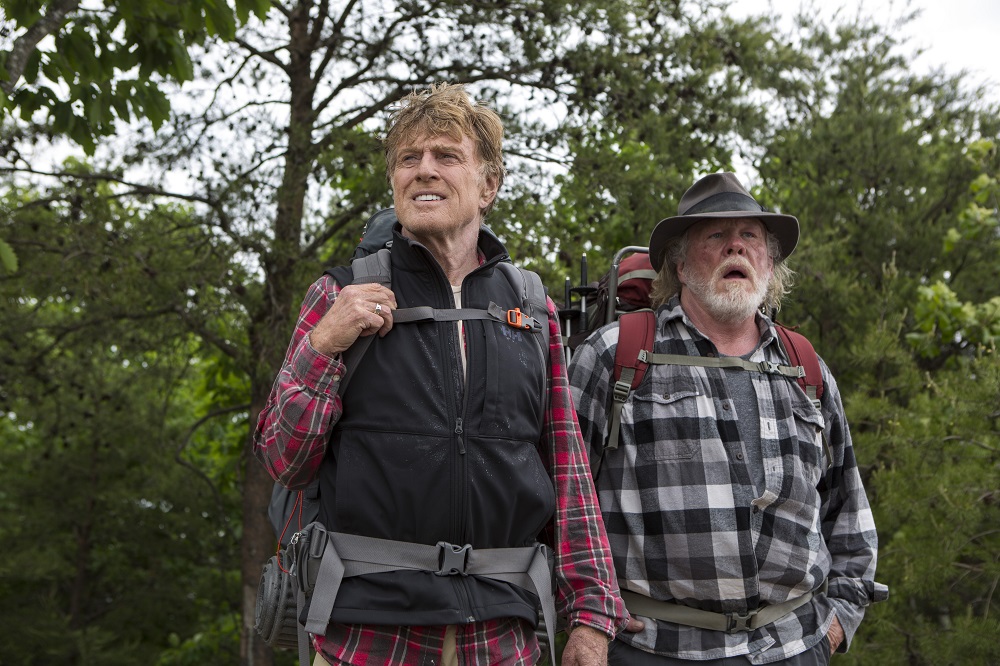 Woods a Respectful, if Forgettable, Walk into the Wilderness

I can’t say A Walk in the Woods, based on the memoir by celebrated travel writer Bill Bryson, is a particularly bad movie, it’s just not a very good one. It meanders and wanders here to there, going in a complete circle as it attempts to tell its story of self-discovery of man coming to the  last years of his life looking for meaning. Not a lot happens, not a lot is learned, but friendship and understanding are still attained, the whole thing a laidback saunter into nature’s expansive wilderness that’s easy to watch yet at the same time even simpler to forget. 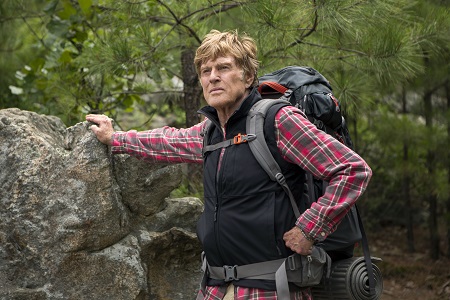 Something is missing in writer Bill Bryson’s (Robert Redford) life. After living abroad for decades, he’s returned home to the U.S. with British wife Catherine (Emma Thompson) and is finding it difficult to garner up energy to do anything new. On a whim, he decides to hike the 2,200 mile Appalachia Trail, an idea that doesn’t garner enthusiastic approval from his friends or family. While not giving her okay, Catherine does insist that if her husband is going to attempt this crazy suicidal trek he needs to take someone with him, she just never imagined the fool who’d sign up would be Bill’s estranged friend and former European travel buddy Stephen Katz (Nick Nolte).

Originally planned by Redford – who produces but does not direct, those duties left to journeyman Ken Kwapis (Big Miracle) – as a movie that would reunite him with his Butch Cassidy and the Sundance Kid and The Sting compatriot Paul Newman, this adaptation took a long time to make its way to the silver screen. In the years of a preproduction reportedly a number of writers took a crack at Bryson’s book, supposedly including Little Miss Sunshine and Toy Story 3 scribe Michael Arndt. In the end, though, it was left to Rick Kerb and Bill Holderman to figure things out, the pair delivering a script that’s not quite the Grumpy Old Men meets Wild mashup one might initially suspect.

If anything, they choose to depict Bryson and Katz’s journey as a handful of modulated vignettes, a series of stops and starts that has the pair spending time outside discussing their lives punctuated with a few returns to the civilized world for a hot meal or a soft bed. They come into contact with a variety of eccentrics (most notably a talkative hiker who knows nothing about actual hiking even though she proclaims to, delightfully portrayed by an uninhibited Kristen Schaal) while also reconciling past regrets and hurts that still haunt them both. The film is light on its feet, filled with gorgeously photographed scenery by director of photography John Bailey (The Way Way Back), all of it anchored by a pair of performances from the two stars that are as smoothly complex and confident as they come. 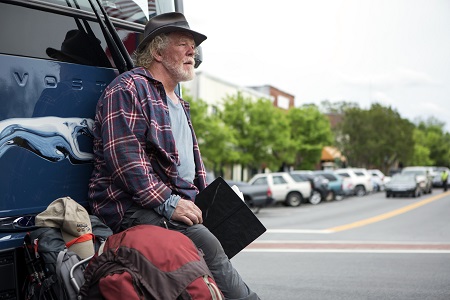 All of which makes the film perfectly passable and honestly nothing more. Kerb and Holderman’s screenplay rarely digs all that deep, maintaining an air of erudite profundity that’s more for show than it is anything else. While Bryson and Katz do evolve, while lessons are learned, I can’t say their changes are surprising. More, they’re not passionately presented, their emotional revelations more ho-hum and insignificant than they are anything else.

Again, none of this makes the movie bad, per se; it just doesn’t make it special, either. Still, the moments that do register are wonderful, and when the script does give either of its two stars a chance to shine it isn’t like they aren’t up for the challenge. Nolte, in particular, has one spectacular monologue detailing how his alcohol addiction has affected him during his life and what trying to maintain sobriety has entailed, and while what he’s saying might be a little melodramatically cliché the authenticity the actor oozes is anything but. There’s also a terrific, nonverbal understanding between Redford and Thompson near the end that’s priceless, their interaction one with the other speaking volumes even though they keep the decibel level touchingly at zero.

It’s impossible not to wonder what might have been had Redford and Newman managed to make the film as they intended before the latter got sick, to theorize how the material would have been approached had the duo reunited one last time. I also can’t help but think, as respectable (if nondescript) as Kwapis’ direction might be, if the Robert Redford who helmed A River Runs Through It or Quiz Show took this one on things might have registered with more complex character-driven passion than the finished product here sadly does. All the same, A Walk in the Woods is hardly without its merits; I just don’t feel like there are enough of them to warrant the ticket price.