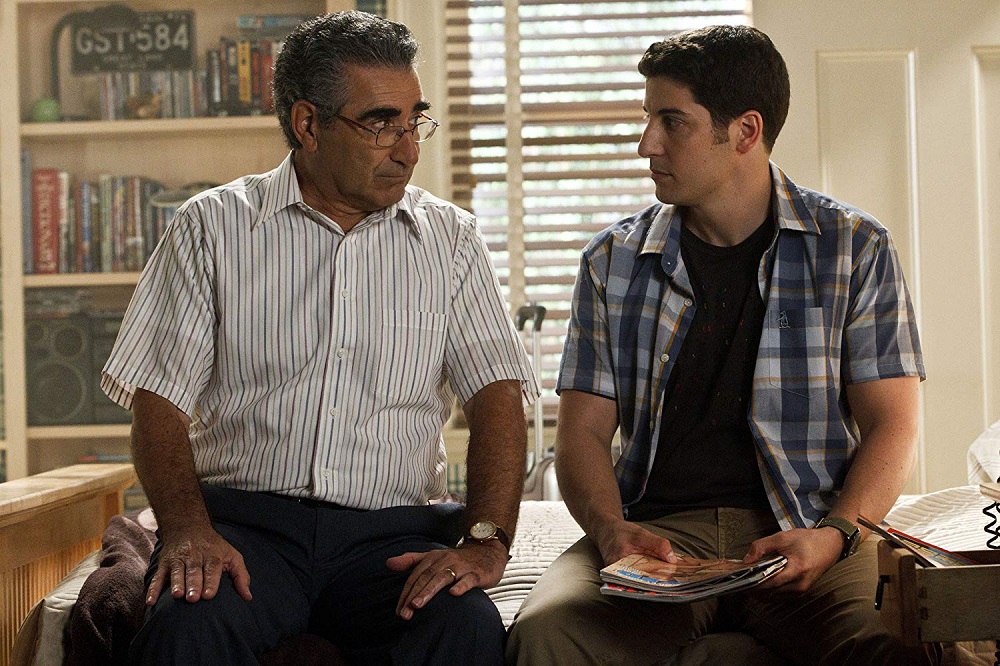 Can a long-in-coming sequel (13 years) run entirely on nostalgia and the audience’s collective affinity for the still-popular original alone? That’s the question I was asking myself after exiting American Reunion, the fourth entry in the American Pie saga and the first since the 2001 second film to reunite every single member of the principal cast (even if some of them only show up for glorified cameos). Written and directed by Jon Hurwitz and Hayden Schlossberg (Harold & Kumar Escape from Guantanamo Bay), the movie isn’t without a few moderate charms. But for the most part it sort of just sits there searching for a reason to exist, the filmmakers playing things frustratingly safe going for the obvious gag at almost every opportunity.

For whatever reason, the Class of 1999 from East Great Falls High has decided to have a thirteenth-year reunion, everyone coming back together to celebrate all their individual highs, lows and in-betweens that have happened since graduation. Married-with-kid former graduates Jim (Jason Biggs) and Michelle (Alyson Hannigan) are attending even though both know their sex life could use some serious nurturing, former best friends Kevin (Thomas Ian Nicholas), Oz (Chris Klein) and Finch (Eddie Kay Thomas) all making the trek back to their former hometown as well. Even rambunctious Stifler (Seann William Scott) is going to be there, doing everything he can to still be the life of the party even if time, circumstance and maturity have his friends wondering whether or not this is a good thing.

What’s strange about American Reunion is just how intent Hurwitz and Schlossberg are at recycling many of the same gags and ideas found in directors Chris and Paul Weitz’s original film. I get the idea, allow that there is a moderate amount of humor to be found in these characters discovering themselves in somewhat similar situations that they dealt with as high school seniors. But there isn’t any payoff, nothing happening that moves the narrative forward, the whole thing becoming more a ‘greatest hits’ compilation that feels tired and slightly anticlimactic.

At the same time, anyone that even partially related to Jim, Kevin and Oz, or anyone who felt affinity for Michelle, Vicky (Tara Reid) or Heather (Mena Suvari), isn’t going to be completely dissatisfied with this fourth trip to East Great Falls. The movie knows how to play on the viewer’s emotions, knows exactly which buttons to push to make fans smile, worry and, most importantly, feel in emotional concert with their returning favorite characters. Nostalgia, as it does at reunions, runs high, and there were plenty of little moments throughout, especially during the climactic dance at the school gym, where if I wasn’t satisfied, I was just close enough to being so I didn’t mind sitting in the theatre watching things play out to conclusion.

But the side stories go nowhere, the one concerning Jim and the girl next door, Kara (Ali Cobrin), a suddenly sexy 18-year-old looking to shed her virginity with her former babysitter, especially rough. Subplots involving Stifler are next to insufferable, Scott aping it up to such a degree I have trouble recollecting why I found him funny in the original film. I also got nothing out of the Oz/Heather or Kevin/Vicky storylines, the film knowing that they have to bring them back into contact but not having any idea what to do with them once their respective reunions have come to pass. The one exception to all of this is the matching of Jim’s Dad with Stifler’s Mom, Eugene Levy and Jennifer Coolidge so perfect they almost single-handedly elevate the material to a recommendable plateau.

Yet I’m struck by just how freeze-dried all of this feels, especially in the wake of the far more inspired 21 Jump Street which hit theatres less than a month ago. It’s like Hurwitz and Schlossberg were so scared of shaking things up they ended up not even trying to do anything original. While they do get their R-rating, while they manage to fill the screen with nudity and gross-out nastiness, none of it matters and even less of it is funny. There just didn’t seem to be any point to bringing everyone back for this fourth go-around, American Reunion proof that sometimes going home again isn’t as good an idea as it’s so often purported to be. 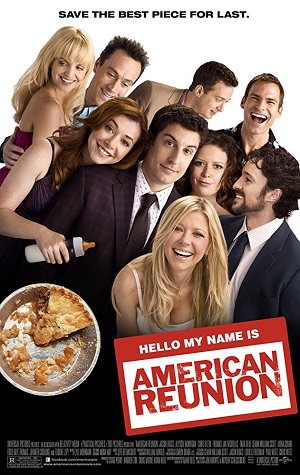