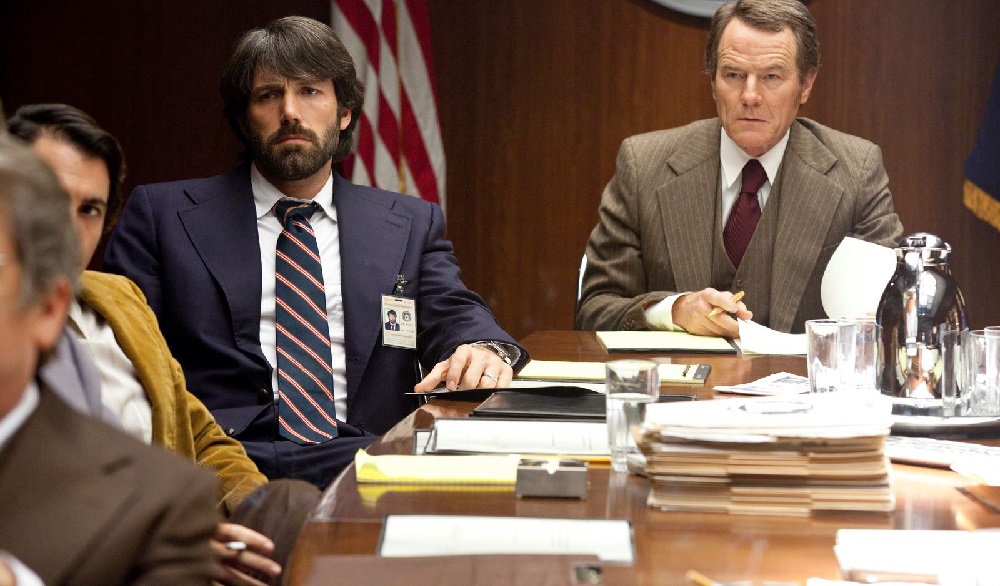 Ben Affleck’s third film as a director Argo is his best effort yet, and while it doesn’t necessarily do anything new or tell a story that’s ever in doubt, watching it is such a tensely terrific experience it’s hard to imagine another studio effort released in 2012 being anywhere near as thrilling. The movie is awesome right from the start, bringing to light a story so absurd and out of this world, it goes without saying that it had to be true.

Declassified by President Clinton in 1997, the story is set during and just after the 1979 takeover of the United States embassy in Tehran by Iranian radicals. While 52 Americans were being taken hostage, six managed to sneak out the backdoor, making their way to the home of Canadian ambassador Ken Taylor (Victor Garbor). Once news reaches the White House of the sextet’s escape, the U.S. government tasks the State Department to try and come up with a plan to get the escapees out of the country.

Enter CIA ‘exfiltration’ specialist Tony Mendez (Affleck). He knows bad ideas when he hears them, and so far all of the ones presented by the State Department have only one thing in common – they’re going to get those six Americans killed. It’s up to him to come up with a plan that can be enacted quickly and will get the group out of the country fast. He also has to ensure there will be little or no blowback against the Canadians that might result in the country losing global standing with the rest of the Middle East.

What he comes up with is right out of Wag the Dog, Mendez turning to Hollywood for cover using the script for a potential science fiction epic set on a world of massive deserts called ‘Argo’ as the means to facilitate a daring rescue of the trapped Americans. It’s an absurd idea, yet he’s going to stake his life on the outcome, knowing that once he steps into Iran with script and storyboards in-hand there will be no turning back.

There is no mystery as to what happens. It’s historical fact, former President Jimmy Carter explaining in numerous interviews the dynamics of the plan and why it was so important to keep it classified for almost two decades. Affleck and screenwriter Chis Terrio (Heights) do a fabulous job of making the proceedings drive with an urgent energy that is inherently personal. Not only do they get right in the middle of Mendez’s headspace, they also bring the six Americans and their conflicting feelings as to what is going on and how they are collectively going to survive to vibrant life. There is an immediacy to every second of the two-hour running time, the film such a kinetically invigorating experience it doesn’t matter that the outcome is never in doubt.

As much as I liked Gone Baby Gone, as great as elements of The Town are, I was not prepared for how superb much of Argo turns out to be. Everything is in balance, Affleck channeling his inner Alan J. Pakula (All the President’s Men) or Sydney Pollack (3 Days of the Condor). The film is masterfully composed, and from Rodrigo Prieto’s (Brokeback Mountain) cinematography to William Goldenberg’s (The Insider) editing to Sharon Seymour’s (The Ides of March) production design to Alexandre Desplat’s (The King’s Speech) score everything works in such symmetry the cumulative effect is stunning.

Virtually every member of the talented ensemble delivers a superb performance. Bryan Cranston (playing Mensez’s superior Jack O’Donnell), Academy Award-winner Alan Arkin (easing into the role of Hollywood producer Lester Siegel) and John Goodman (portraying legendary Oscar-winning makeup artist John Chambers) are particularly outstanding. But it is Scoot McNairy who impressed me the most, and how his work as Joe Stafford, a member of the trapped six, isn’t getting Bes Supporting Actor Oscar talk mystifies me. His character has an incredible arc, and McNairy makes the most of every second he’s on the screen.

This is still Affleck’s movie above all else. He’s constructed a true-life thriller his Hollywood predecessors, folks like the aforementioned Pakula and Pollack, would love to have called their own. He presents his story with unrelenting urgency, and even the humorous beats are tinged with a note of apprehensive tension which caused my palms to warily sweat. Argo is an immediate Best Picture frontrunner and one of 2012’s best films, Affleck proving he’s a top-tier directorial talent whose star is only just beginning to rise. 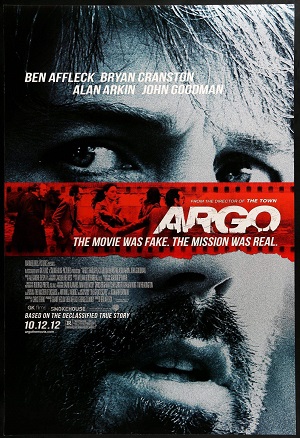