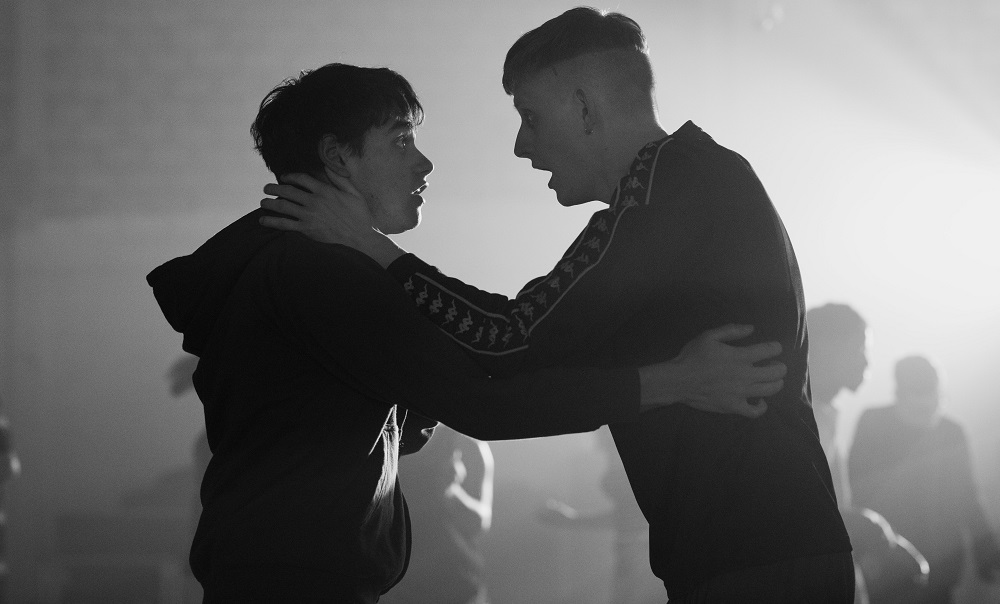 Scottish teen Johnno’s (Cristian Ortega) world is on the cusp of fundamental change. His mother Alison (Laura Fraser) is moving their family to a quiet suburb and making plans to marry local police officer Robert (Brian Ferguson). Both adults are adamant that Johnno stop fraternizing with his childhood friend Spanner (Lorn Macdonald), claiming he’s no good and will only make the entire family look bad if this friendship continues.

Not the Spanner is about to go away. He’s been there for Johnno since they were kids, not-so-secretly protecting him from neighborhood bullies as they got older. Their bond is a tight one, and even if they realize their futures are about to diverge onto profoundly different paths, that doesn’t mean they still can’t have one last night of reality-bending adventure both will be thinking about for the rest of their lives.

Set in 1994 right before the passage of the Criminal Justice and Public Order Act in the UK, and based on the acclaimed play by Kieran Hurley, director Brian Welsh’s chaotic, energetically emotional coming-of-age drama Beats is as rambunctious as it is heartfelt. It is an authentic slice of life tale that is centered on Johnno and Spanner’s relationship, the pair heading to a massive illegal rave to celebrate the raw, uncompromising power of their enduring friendship.

Shot in gorgeously intense black and white by Benjamin Kracun (Beast) and edited with whiplash-inducing freneticism by Robin Hill (Kill List), Welsh’s film hits the ground running and then subsequently refuses to slow down. The pace of the story is set to the same rhythmic series of musical cadences as the cuts from The Prodigy, Orbital, Leftfield, LFO and more which litter the soundtrack, giving things a Road Runner sprinting away from Wile E. Coyote aesthetic that’s unrelenting.

I admittedly found it a little difficult to catch my breath or keep my bearing as to what was happening when and to whom. It also made keeping track of the various supporting characters a bit harder than it needed to be, actresses Amy Manson, Rachel Jackson and Gemma McElhinney having a devil of a time making a memorable impression even though they’re vital ingredients who all help make this music-driven night of youthful debauchery a possibility. There’s also a subplot involving Spanner’s drug-dealing older brother that doesn’t go anywhere substantive, and while that appears to be entirely by design that still didn’t make it any less unsatisfying.

But that friendship between Johnno and Spanner? Those performances from Ortega and Macdonald? Those are the real deal. I was fascinated by the pair of them. There is a brutally atavistic truthfulness to their relationship that burns right through the screen. The pain. The love. The heartbreak. The arguments. The reconciliations. The selfless willingness to do whatever it takes to give the other even a brief second of happiness. It’s all here in spades.

I was a little shocked by just how much Beats ended up affecting me. There are a couple of scenes near the end where Fraser gets an opportunity to shine, and in doing so crystalizes what I think are the primary themes residing at the heart of Hurley’s play and Welsh’s adaptation. Alison understands more than she is letting on, grasping how profound this event has been for her son as well as just how deep this friendship with Spanner is. With precious few words Fraser conveys every emotion in the protective mother playbook, doing so with passionately self-effacing tenacity in the process.

It’s marvelous stuff, and it subsequently allows Ortega and Macdonald to come full circle in a way I honestly wasn’t expecting. Even if many of the core dramatic elements weren’t all that surprising (a key event involving Robert isn’t anywhere near as shocking as I’m certain it was intended to be), the emotional components remain pure, unfiltered and entirely genuine. Beats is more than a visual or musical showcase, it’s a character-driven one as well, the events of this crazy night back in 1994 not nearly as divorced from today’s protest-charged reality as casual viewers might initially surmise. 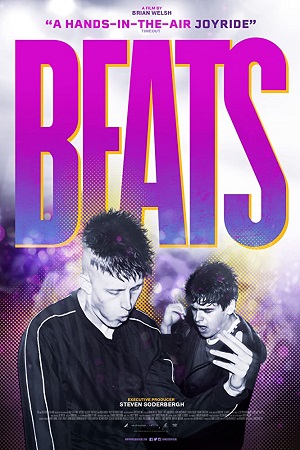