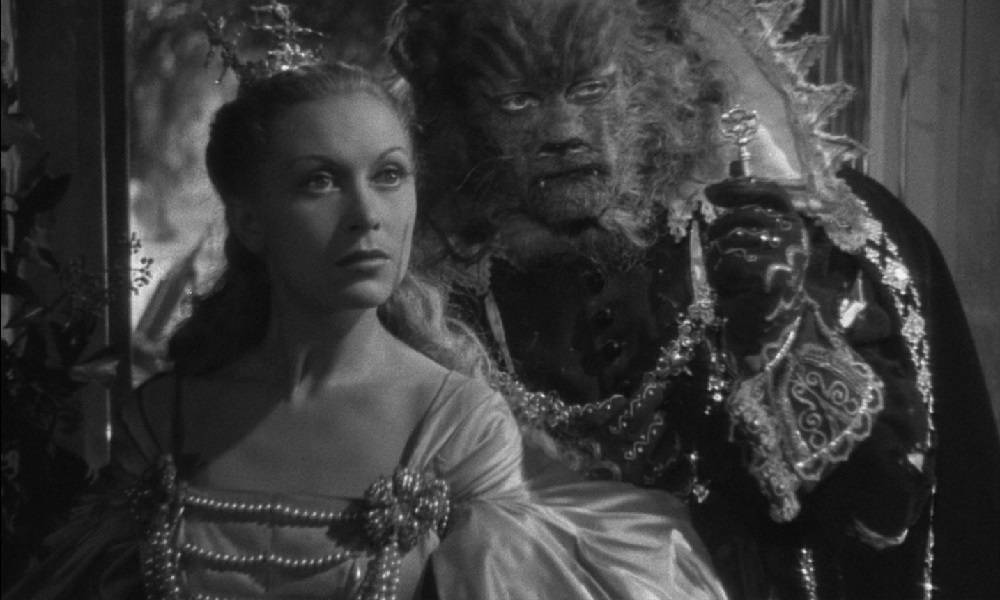 Beauty and the Beast (1946) (Criterion Collection)

Mme Leprince de Beaumont’s classic fairy tale as interpreted by the great Jean Cocteau (The Blood of a Poet, Orpheus) and starring the luminous Josette Day as the beguiling and beautiful Belle and the elegant Jean Marais as the imposing yet sensitive Beast.

Jean Cocteau’s Beauty and the Beast (La Belle et la Bête) might just be the most visually gorgeous motion picture ever made. It transports the viewer into a magical world of shadow and mist where anything can happen, capturing the spirit of fairy tale menace and romance in ways that feel as fresh, vibrant and alive today as they ever did back in 1946.

Based on the classic story, Cocteau keeps things mysteriously intimate throughout. When Belle’s Father (Marcel André) enters the ominous castle of the Beast, hanging candelabras made out of transformed human arms eerily come to life. When he later sits at a magnificent table filled with delectable treats just begging to be eaten, the faces carved into the massive fireplace seem to stonily follow his every move.

When Belle comes to the Beast’s home to take her Father’s place as his captive things truly amaze and surprise. There are images here that have been copied and stolen by artists all over the world, and I’d be hard-pressed to believe Victoria’s Secret didn’t learn a thing or two about hallways, flowing curtains and sudden gusts of wind for their commercial courtesy of watching Cocteau’s masterpiece multiple times.

Day and Marais manufacture a magnetic elegance even though their dialogue is limited and one of the actors is trapped under a mass of monster makeup. The way their respective eyes sparkle, how they move around one another, the manner in which they come so close to touching yet at the last second pull away, all of it enchants. Theirs is a romance for the ages, and it’s easy to see why Disney pulled liberally from the film when they were storyboarding their 1991 animated version.

Cocteau’s Beauty and the Beast is pure cinema. It requires a viewer to sit in rapturous awe as its mystical charms weave their mesmeric spell. The film is an almost silent marvel where music and image come together to form something timelessly ethereal. One of the greatest motion pictures I have frankly ever seen. Watch and be amazed.

Beauty and the Beast is presented on a dual-layer 50GB Blu-ray MPEG-4 AVC video with a 1080p 1.33:1 transfer. As stated in the included booklet: “This high-definition digital transfer was created on a Spirit Datacine from the 35 mm restoration duplicate negative. Furter restoration was done to manually remove thousands of instances of dirt, debris, scratches, spices, warps, jitter and flicker using MTI’s DRS system and Pixel Farm’s PFClean system, while Digital Vision’s DVNR system was used for small dirt, grain and noise reduction.”

Extras here are ported over from the 2003 DVD release and include:

It’s a lot of stuff, and all of it, especially the two commentary tracks, the interview with Alekan and the 1995 retrospective doc Screening at the Majestic, is worthwhile. Even the original trailer, which I somehow had never seen, is a treat, Cocteau famously directing and narrating it himself.

But the best extra is the opportunity to hear Glass’ spectacular opera in full 5.1 DTS HD. It is tremendous.

This release also includes a 32-page Illustrated Booklet featuring the essay “Dark Magic” by film historian Geoffrey O’Brien, Cocteau’s 1947 article “Once Upon a Time,” an excerpt from author Frances Steegmuller’s 1970 work Cocteau: A Biography and the short essay “Phillip Glass on His Opera.”

Jean Cocteau’s Beauty and the Beast is a true classic in every sense of the word. Criterion’s Blu-ray presentation isn’t a gigantic improvement over the previous DVD edition, but for those who still haven’t added this indispensable piece of cinema to their collection buying it should be priority one. 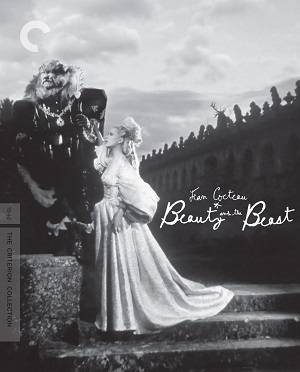