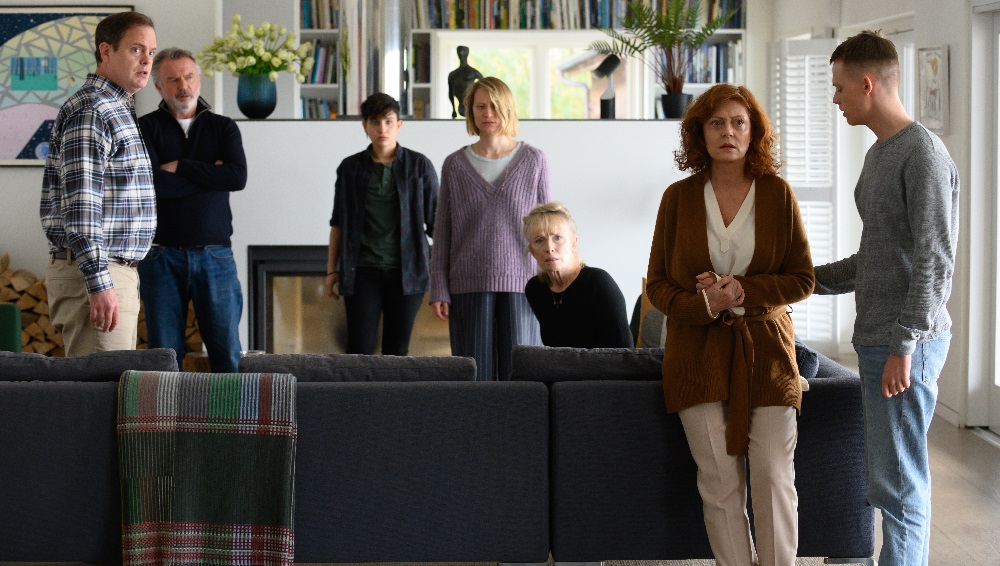 Lily (Susan Sarandon) has decided her time has come. Battling ALS, she will end her life on her own terms, and with her doctor husband Paul’s (Sam Neill) assistance she will do it as painlessly and as comfortably as possible. But before she does, the devoted wife and mother wants one more weekend residing under the same roof as her entire family. As such, daughters Jennifer (Kate Winslet) and Anna (Mia Wasikowska) have brought their various partners and children for a final visit, all of them attempting to keep their spirits high even though they know the end for Lily is coming all-too-soon.

This is the general setup for the ensemble melodrama Blackbird, and I’m not entirely sure I’d have enjoyed director Roger Michell’s (Notting Hill) adaptation of Danish screenwriter Christian Torpe’s 2014 feature Silent Heart under the best of conditions, let alone smackdab in the middle of a global pandemic. For whatever reason, current events only solidified my general unease and overall annoyance with the film, and even with good performances across the board (especially from a spellbinding Wasikowska), this one ended up not doing a heck of a lot for me by the time it reached its inevitably heartbreaking conclusion.

That cast is exceptional, though, on that front I cannot lie. Sarandon, Neill and Winslet make for a strong central triumvirate, while Rainn Wilson, Lindsay Duncan, Anson Boon and Bex Taylor-Klaus all get at least one pivotal moment to memorably shine. Yet, as already stated it is Wasikowska who shimmers brightest when standing in the center of the spotlight. Anna has her own issues, her own troubles, all of them potentially becoming more unbearable than ever before now that her mother has announced her intention to die. Wasikowska is movingly authentic as her character battles a multitude of demons during this impromptu family reunion, the subtle nuances of her performance remarkable.

Yet this movie wasn’t for me. Everything felt too contrived, too scripted, to overly theatrical to resonate on a personal level. While Michell does his best to mitigate the inherent melodramatic soapiness of the story, rarely do these characters feel like anything more than well-intentioned cardboard human cutouts. I never believed they were flesh and blood family members who have spent decades living, growing and loving one another as a unit no matter what their differences might be.

I found investing in Lily’s decision to die and Paul’s acceptance of her choice to be impossible. Additionally, Jennifer’s attempts to dominate conversations and control the weekend’s activities were frequently insufferable. Cast members are forced to play to a certain trope or type, and as good as the actors might be that doesn’t make what they’re going through or saying to one another believable.  It all hit me as being sad and little else, and while I certainly shed a tear or two that didn’t mean I felt a single one of them was well-earned or anything close to being deserved.

It’s possible now is the wrong time for me to be watching a story such as this. I wasn’t in the mood to deal with all its metaphorical Sturm und Drang, all of the hope for a better tomorrow and themes concerning the embracing of life’s simple moments of togetherness that I believe Michell and Torpe were attempting to convey lost on me. It all felt shallow and insincere, the theatricality of the presentation only making the artifice at the heart of the plot constructions even more noticeable.

But even outside of a global pandemic that has forced many of us into total isolation, unable to visit our loved ones, I still think I’d have found Blackbird to have been a tiresome slog. As excellent as the performances might be and as competent as the filmmaking undeniably is, this story never rang true to me, and I can’t help but believe that even under the best of viewing conditions Michell’s latest would have left me frustratingly cold. 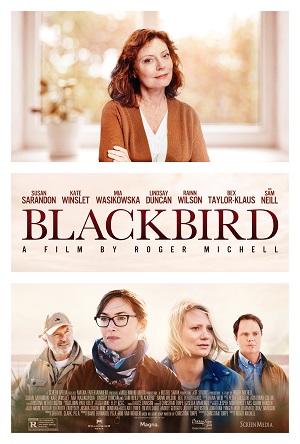