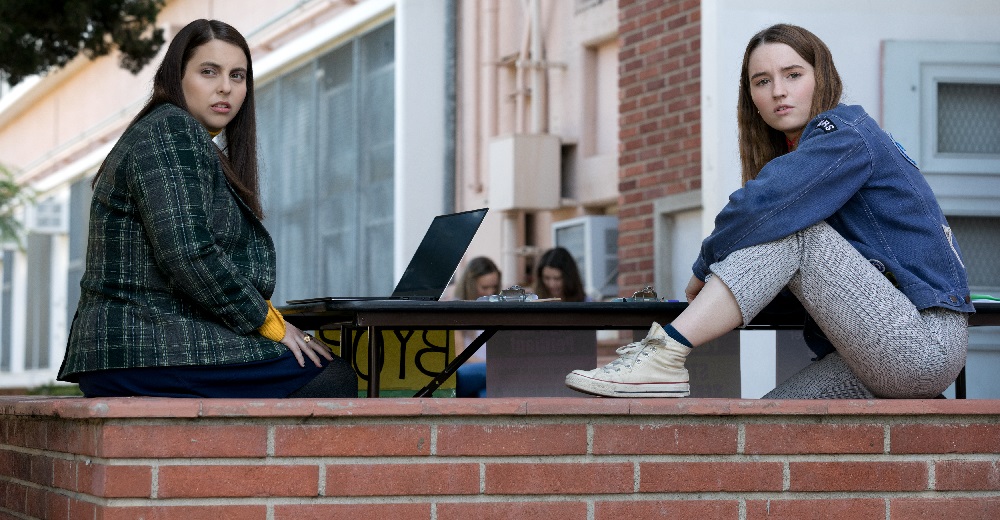 Booksmart is one of the best movies of 2019. Actress Olivia Wilde’s directorial debut, written by Katie Silberman (Isn’t It Romantic), Emily Halpern, Sarah Haskins and Susanna Fogel (The Spy Who Dumped Me), is a near-perfect gem. It is a wide-eyed and open-hearted coming of age sojourn into a night of mayhem and debauchery that also just so happens to celebrate female friendship and youthful experimentation in a variety of imaginatively colorful ways. Wilde’s take on this material feels electrically alive as it transcends rote clichés and banal stereotypes. She has delivered a film that had me wanting me to rise to my feet and cheer throughout every second of its 102-minute running time, and by the time it ended I was head over heels in love with everything I had just watched.

It is the last day of school and the day before graduation. Best friends Amy (Kaitlyn Dever) and Molly (Beanie Feldstein) will be spending their first summer apart in years, the former heading to Africa on a goodwill mission while the latter is going to spend all her time academically preparing for college in the fall. Thing is, neither of them has ever cut loose. Neither has ever done anything but overachieve scholastically. Most of all, other than Amy coming out to her parents (Lisa Kudrow, Will Forte) as a lesbian two years ago, neither has done a single thing they could be grounded for doing or be embarrassed about the following morning.

Molly believes this needs to change. Tonight there will be a massive party at popular jock and senior class vice-president Nick’s (Mason Gooding) house, and he vaguely dared the two girls to come down from their high horse and attend. Molly feels it is their duty to show every single person in their graduating class that they can indeed let their hair down and have a little fun. Besides, Amy’s primary schoolgirl crush, iconoclastic skateboarder Ryan (Victoria Ruesga), is going to be there, making it the perfect opportunity for the two of them to potentially make one another’s acquaintance.

It’s not that original a premise (just ask male dominated comedies Superbad or American Pie). But that doesn’t make what happens any less magical. This is a smart, chaotically atypical night of wonders that never forgets to treat its two heroines with anything other than affection and respect. Even when they’re making mistakes the film refuses to belittle or make fun of them. Instead, their mutual growth happens with startling tenderness and magnetic authenticity. Even when there is genuine cause for them to be angrily upset with one another their conflict aches with heartfelt understanding, and because of this the pair’s story only becomes more truthfully profound as night turns into day and the time for their class’ graduation ceremony ticks closer to its start.

The ludicrousness of Amy and Molly’s adventure is readily apparent. The journey they go on just to get to Nick’s bash is like something out of Paul Brickman’s Risky Business,John Landis’ Into the Night or Martin Scorsese’s After Hours, only with a feminine twist that’s pleasantly delightful. There are a number of little eccentric touches sprinkled throughout that kept me captivated. I also loved how all the various facets of the script kept tying themselves together in so many radically different ways, Wilde juggling all of these assorted elements with such confidence it is almost as if this is the director’s fifth feature-length opus and not her first.

There are some great supporting turns, and not just the brief ones from some of the filmmaker’s high-profile comedy friends like Kudrow, Forte, Jason Sudeikis (as Amy and Molly’s Uber-driving former high school Principal), Jessica Williams (as their youthful favorite teacher Miss Fine) and Michael Patrick O’Brien (as a pizza delivery driver who’s sage advice ends up becoming incredibly valuable). As good as they all are, Wilde gives center stage to the younger, more relatively unknown members of her cast, especially Skyler Gisondo, Diana Silvers, Austin Crute, Noah Galvin and Molly Gordon, each portraying fellow members of the senior class who have more going on in their lives than it is easy to initially assume. Best of all is Billie Lourd as the not-as-spaced-out-as-it-seems Gigi, the young actress channeling both her mother Carrie Fisher and grandmother Debbie Reynolds with a scene-stealing turn that’s instantly iconic in its whimsically unbridled inspiration. She’s a peculiar siren of angelic nonsense, her preposterous ramblings about life’s surrealistic lessons not nearly as irrational or as silly as they sound, the actress having a way of lighting up the screen with ethereal luminescence every time she makes an appearance.

But this is a showcase for Dever and Feldstein, the pair delivering performances as terrific as any I’m likely to see this year. Each actress finds a way to channel their respective character’s emotions in a manner that is consistently startling, allowing Amy and Molly’s night of debauchery and mayhem to feel wholly original even when certain elements propelling the plot forward may have otherwise come across as contrived or ill-conceived. Dever has a number of scenes where she brought a level of humanistic maturity to Amy that blew me away, while Feldstein’s enthusiastic exuberance proved to be a cleverly constructed mask used to hide Molly’s deep-rooted, and very well hidden, emotional insecurities. They work in marvelous tandem, their final scenes achieving an affecting depth I found downright spectacular. Dever and Feldstein make Booksmart an uproarious sensation deserving of all the acclaim certain to come its way, Wilde’s teenage comedy a laugh riot with its heart in the right place and whose feminine acumen is every bit as important to its success as its absurdist funny bone. 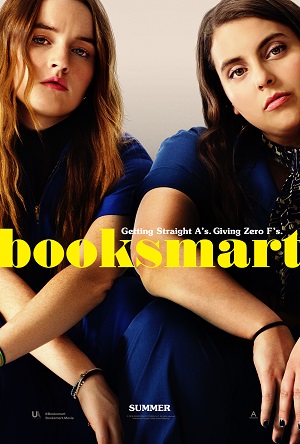