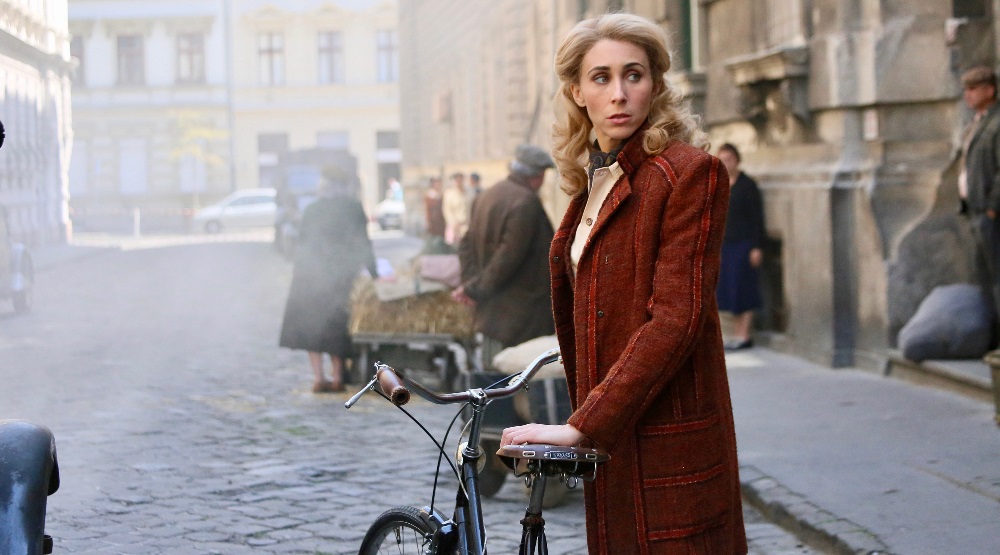 It is the early days of WWII. Special Operations Executive (SOE) Colonel Maurice Buckmaster (Linus Roache) has been tasked with building up the British spy operation in occupied France but is discovering his agents are woefully inexperienced and mistakes by his department are leading to too many deaths. One part out of desperation and another part because he believes she might be onto something brilliant, Colonel Buckmaster turns to his trusted “spymistress” Vera Atkins (Stana Katic) to select and train a cadre of female spies.

Her first two selections are women far removed from anyone’s radar. There’s American Virginia Hall (Sarah Megan Thomas), an athletic, iron-willed perfectionist who has been turned down by her country to serve in the diplomatic service due to a wooden leg. Next up is Noor Inayat Khan (Radhika Apte), a Muslim pacifist and a crack cipher clerk who can utilize a wireless radio system better than any of her male counterparts. Atkins believes both women are what the SOE and Colonel Buckmaster are looking for, and she’s positive once Hall and Khan are deployed in the field their results will boldly speak for themselves.

Written and produced by star Thomas and directed by Lydia Dean Pilcher, thriller A Call to Spy is an enjoyable WWII drama that ends up packing a rather unexpected emotional punch. While hardly groundbreaking, this is still a fresh take on genre conventions centered on three women whose historical impact has for far too long gone unrecognized. It is a human story of perseverance and courage where tragedy and sacrifice walk hand-in-hand, the film’s brisk two-hour running time a consistently enthralling exercise in espionage adventure.

Thomas and Pilcher refuse to sugarcoat the outcomes for their three characters. There are no easy outs for Hall and Khan once they end up in France, both forced to use their wits, skills, training and intelligence to keep aiding the Allied war effort while at the same time doing their best to keep from getting captured by the Germans. It’s a delicate cat and mouse each woman ends up playing with their adversaries, proving their mental toughness and interior fortitude countless times no matter how significantly the deck appears to be stacked against them.

As for Atkins, she may have different battles to fight but that doesn’t make them any less important. Even though she’s Colonel Buckmaster’s most trusted confidant, the SOE spymistress was also a Romanian Jew immigrant under constant suspicion by the higher-ups who worried about her loyalties. Along with the constant condemnatory glares from coworkers, Atkins also had to deal with the requisite sexism, misogyny and patriarchal nonsense of the day, many of the men around her refusing to admit a woman could do this job better than they could.

While Pilcher isn’t always successful in balancing all three competing storylines, each woman still comes to vibrant life. Hall, Khan and Atkins leap off the screen, and on multiple occasions I felt like I almost was interacting with them personally and not only a random observer standing on the sidelines. Apte and Katic are outstanding, the two actresses leaving an indelible mark upon the film that held me agreeably spellbound.

Thomas’ script is well researched and thoughtfully constructed. Even so, there are a handful of moments that feel a bit professorially static, almost as if she’s listing historical bullet points instead of crafting elegant paragraphs of memorable prose. But the characters are so expertly constructed and emotionally complex this isn’t a big issue, and even when each woman’s story reaches its somewhat foregone conclusion, I was so caught up in their respective journeys it didn’t matter if any of their endgames came as a surprise.

Ultimately, A Call to Spy introduced me to three heroes of WWII I now want to know even more about. Without almost anyone knowing their names, with few having any idea why they achieved all of the accolades and honors that they did, Virginia Hall, Noor Inayat Khan and Vera Atkins put their individualistic stamps on history. Pilcher and Thomas do a fine job bringing their stories to life, their nimble thriller a sublime testament to unheralded heroics which should have been documented long before now. 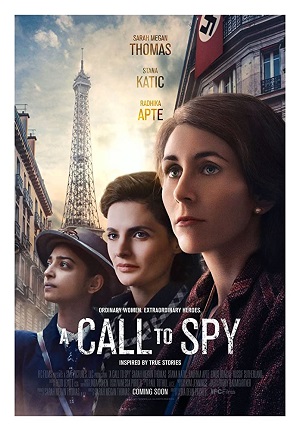