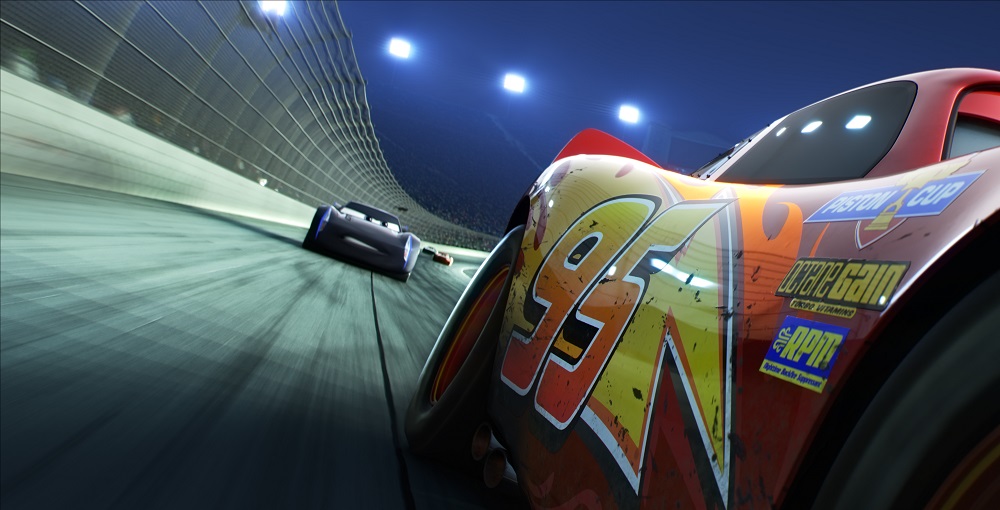 After a devastating crash, the racing world is on pins and needles wondering if legendary Piston Cup champion Lightning McQueen (voiced by Owen Wilson) will return to the speedway. A new class of rookies has forced a number of the more respected veterans into retirement, sponsors turning to a new generation of speedsters like Jackson Storm (Armie Hammer) to anchor their respective teams. But McQueen’s name is just too big to be gotten rid of entirely. More importantly, he’s not ready to step away from the sport, his competitive nature still as strong as ever, even if the treads on his tires might be starting to show some aged wear and tear.

While his new sponsor, a billionaire entrepreneur named Sterling (Nathan Fillion), isn’t certain his most bankable star still has what it takes to be a champion, he’s at least willing to give Lightning a chance to prove himself. Letting him get ready for the season’s first race on his own, sending his best trainer Cruz Ramirez (Cristela Alonzo) to lend a hand, it’s anybody’s guess what’s going to happen when the flag drops on the season’s first Piston Cup race. But with the spirit of his dearly departed mentor Doc Hudson (Paul Newman) guiding him, not to mention words of wisdom from that legend’s crew chief Smokey (Chris Cooper), Lightning is ready to show these rookies a few veteran tricks, proving he has what it takes to drive into victory lane one more time.

I’ve never been one to come down negatively on either 2006’s Cars or its 2011 sequel Cars 2. While lesser Pixar, I still find them charming enough, and for films designed for audiences under the age of nine or ten they’re far more intelligently plotted than I honestly believe the majority of critics want to give them credit for being. Had they been made be any other animation studio, including DreamWorks, it seems to me the positive appreciation would be a heck of a lot higher, and when compared to dreck like Epic, Minions, The Secret Life of Pets, Trolls or The Boss Baby the duo’s collective superiority is obvious.

None of which prepared me for the overall maturity and depth that was on display in trilogy capper Cars 3. Eschewing the crazy, action-oriented theatrics of the second film, placing sidekick and best friend Tow Mater (Larry the Cable Guy) in the supporting category where he belongs and not front and center where he could annoy like he did in Cars 2, this sequel makes a surprisingly wonderful companion piece to the fist feature. It also proves to be a delicate, winsomely enchanting love letter to the late, great Paul Newman, Doc Hudson’s gently commanding spirit the guiding force that allows Lightning to discover the path that will help him continue being a champion.

More than that, it also brings a bright new character into the proceedings in Cruz Ramirez, the bubbly, energetically excitable personal trainer having her own secret longings that Kiel Murray (Cars), Bob Peterson (Up) and Mike Rich (The Rookie) do a fine job of slowly bringing to the surface. While nothing they’ve conjured up is surprising, while the story itself follows a slew of cliché sports melodrama beats, the trio still gives their core protagonists plenty of multidimensional shading. The respective journeys  of Lightning and Cruz mingle and join together in an honest, heartwarming fashion that is clear to all sitting in the audience, young and old alike likely finding something of value to grab onto at some point during Lightning’s drive back to the racetrack.

Not that Cars 3 is the Pixar classic the other two features in the trilogy wished they were. It’s all still as thin and as obvious as ever, and there’s nothing that transcends the material. Jackson Storm isn’t as stout a foil for Lightning as Chick Hicks was in the original, and I never could quite figure out if the filmmakers had any idea what they were doing with Sterling. Fillion’s strong vocal performance aside, he’s just not that interesting a character. There’s also a climactic transition that, while hardly surprising, is handled in such a ham-fisted manner that the emotional punch it’s delivering ends up severely diluted, Lightning’s decision echoing through the theatre with something more akin to cantankerous backfire than it does the roar of a perfectly tuned engine.

Still, veteran Pixar animator and storyboard artist Brian Fee (Ratatouille, WALL∙E) makes the jump to the director’s chair with confident composure, the decision to refocus things back on Lightning while also reconnecting him with the friendships that originally helped make him a champion a terrific one. Overflowing in astonishing visuals, filled with lovely little moments that brought a happy smile to my face, just because Cars 3 is unlikely to win any awards or be remembered as one of the year’s great animated features doesn’t make it any less entertaining. Lightning’s return to the motor speedway is worthy of appreciation, the film’s eventual victory as unexpected as it is absolute. 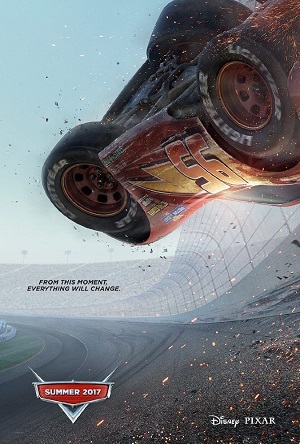