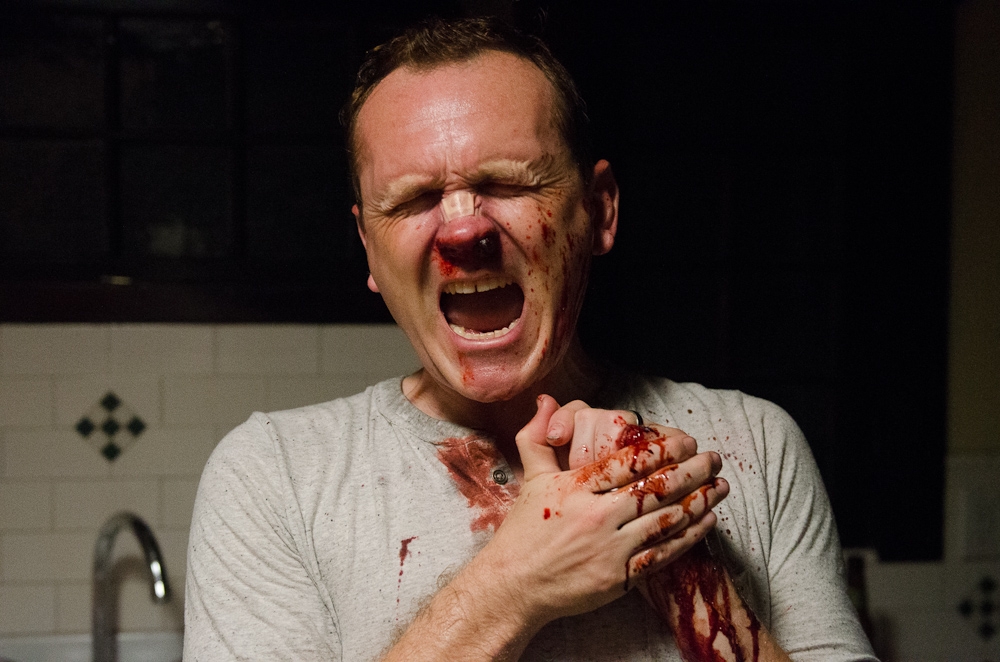 Nothing Cheap About These Bleakly Satirical Thrills

Cheap Thrills is the best movie you are likely going to be too scared to see. An eviscerating satirical assault on financial disparity and the smug, narcissistic tendencies of a seemingly uncaring elite coupled with the anything-goes neediness of a working class oftentimes willing to do anything for a buck, the movie is a fearless descent into mayhem, madness and greed that’s as shocking as it is perceptive. It is as smartly constructed a black comedy as anything I’ve seen in ages, and without question is one of the best films likely to see a release in all of 2014. 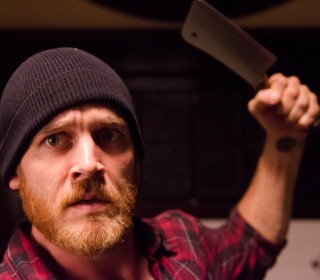 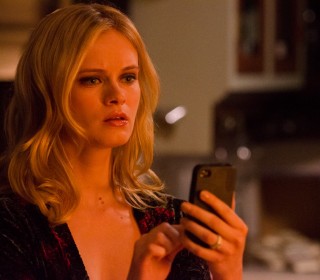 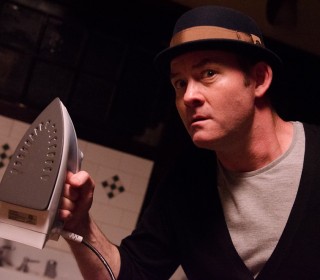 How can I say that with such conviction? Mainly because, quite frankly, had Cheap Thrills come out last year it would have easily been one of my top ten of 2013. My Seattle International Film Festival experience watching director E.L. Katz’s dark, uncompromising bit of socially prescient nastiness was as magnificently unforgettable as anything I had the pleasure to see at any point throughout the year. It punched me in the face and kicked me in the gut doing so with hysterical relish while also making me feel grateful for the experience. Make no mistake, while not for the faint of heart this movie has more on its mind than reveling in its ample surplus of shock and awe, the story itself filled with keen insights and powerful observations all of which hit remarkably close to home.

Craig (Pat Healy) thinks his day couldn’t be going any worse. He’s lost his job. There’s an eviction notice sitting on the door to his apartment. He hasn’t told his wife about any of this. He’s going to have a drink or two at a local dive, build up some courage and then break the news as best he can, his feelings of inadequacy as both a husband and a father of newly born little girl beyond measure.

Things get interesting when Craig runs into an old High School pal, committed malcontent Vince (Ethan Embry). They get even more so after the pair get a handful of drinks in them and make the acquaintance of wealthy partier Colin (David Koechner) and his seriously beautiful, if oddly quiet, wife Violet (Sara Paxton). They’re celebrating his birthday, reveling in a bizarre form of debauchery that some might find distasteful but Craig and Vince are oddly drawn to.

They shouldn’t have been. What happens next defies easy description even though providing a synopsis is simple. It basically revolves around a gradually escalating game of Truth or Dare, both Craig and Vince coaxed by the smooth-talking Colin into attempting a series of tasks for varying amounts of money. But as things progress the game gets more debased and dangerous, the pair’s morals put to the test as everything spirals out of control.

As straightforward as all of this sounds in reality what Katz and writers David Chirchirillo and Trent Haaga unleash is anything but. They put modern society on trial, income inequality at the center of the equation as Craig begins to realize just how far he’ll go (or descend) to make sure his wife and child are secure. More than that, it presents the one-percenters not so much for being at fault for current economic troubles but as instigators allowing those looking to ascend to their level to gnaw off their own arms in the attempt. It’s “haves” versus “have-nots” taken to extremes, no one involved blinking or stepping back even though the revulsion level ends up spiraling to shattering heights.

Koechner, an acquired talent in the best of instances, his performances running the gamut between inspired (the two Anchorman films), to oddly amusing (A Good Old Fashioned Orgy), to downright unbearable (Piranha 3DD), is very much in his element, toying with Healy and Embry like a wild hyena circling its prey. He’s evil but at the same time does nothing but insinuate, never actually forcing anyone to do anything just planting the seeds that will lead them to cultivate and grow their own doom. He’s a wisecracking devil stealing pieces of a person’s soul with every flash of a hundred dollar bill, Koechner a menace whose uncouth demeanor hides a poisonous ability to seduce.

Former ‘90s teen idol Embry is also something of a minor revelation. The gawky, somewhat effeminate star of Can’t Hardly Wait and White Squall has given way to a burly, lumbering hulk of a man, the actor carrying his way through the film with a macho demeanor oozing in stereotypical hard-driving masculinity. At the same time, Embry manages to hint at depths the script itself can only talk about in the briefest of brushstrokes, revealing levels of internal damage and deep-rooted insecurities that are touchingly authentic.

Then there is Healy. Make no mistake, this is his movie, start to finish, first frame to last, and he takes the reins and runs with them as if tomorrow will never, ever materialize. His performance is demoralizing in its depth, in its maturity, The Innkeepers and Compliance star boldly doing all that is required of him but remembering to make sure Craig remains relatable and genuine come what may. His performance is a masterwork of complex interlocking emotional nuances, all of it building to a final scene of blood-soaked fatherly love that is as abhorrent as it is tender.

I’ve refrained from talking about what goes on inside the majority of Cheap Thrills and that’s for good reason. What happens is extreme, is brutal, and as the film progresses becomes increasingly difficult to watch. But the genius of what Katz achieves is that one cannot look away. No matter how hard I wanted to turn my head, even though I desperately longed to shut my eyes, the simple truth is that the director speaks from the heart at every turn, even the more disgusting elements having a fascinating, magnetic allure impossible to turn away from.

At the same time, if I was to describe what transpires it’s likely most viewers wouldn’t want to read any more of this review let alone ponder giving the film itself a chance. Things do get bad, unbelievably so, each subsequent dare a test of will and of stomach that puts the viewer on the spot every bit as much as the two characters themselves are. The knots get twisted tighter and tighter, the noose around the neck becoming absolutely suffocating by the climax.

Katz wrote a low budget gross-out horror film called Autopsy back in 2008 that had an idiosyncratic wit but in all actuality wasn’t all that much more than the sum of its rather overly familiar parts. As a director, however, the man pulls out all the stops never flinching for a moment even when things dare to venture into the unthinkable. He never forgets to keep the characters front and center, all that’s happening in service of their evolution, most notably Craig’s, allowing the final images to achieve a hauntingly horrific beauty they’d never have risen to otherwise.

Cheap Thrills isn’t an easy sit, and it certainly won’t be for everyone, but for those brave enough to step up and accept the challenge the experience is a bleakly satirical barnburner unlikely to ever be forgotten. 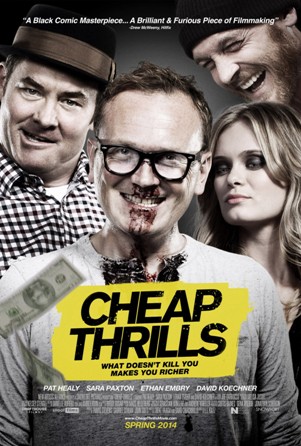