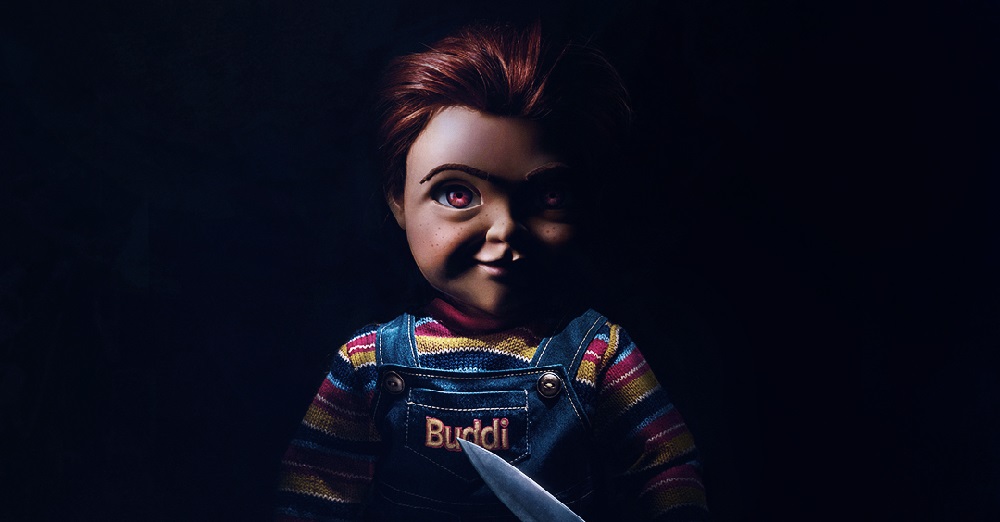 Single mother Karen Barclay (Aubrey Plaza) has taken a job working at a local department store after she and her son Andy (Gabriel Bateman) move to a new city and take up residence in a downtown apartment complex. He’s something of an introverted loner. She wants him to get outside of his shell and try to make new friends. To help Andy with that, Karen comes into possession of a Buddi doll recently returned to her store. This interactive animatronic is one of the hottest toys on the market, imprinting upon its child the moment it is turned on. It also has the ability to run any other electronic components (televisions, smartphones, tablets, etc.) it happens to be networked to, making it a useful operational device for users of every age.

But this Buddi doll is different. Not only does it ask to be referred to as “Chucky” (voiced by Mark Hamill), it also doesn’t stop itself from repeating any number of four-letter swear words and obsessively treating its friendship with Andy with deathly seriousness. At first these technical glitches are quite humorous. Later, however, they start to become increasingly terrifying. It soon becomes apparent to Andy that Chucky’s malfunction is no laughing matter, and when the doll says it’s going to be his best friend it means it, anyone who attempts to get between the two of them better get measured for a body bag.

Child’s Play is not so much a remake of the now-classic 1988 horror film directed by Tom Holland as much as it is a severe reimagining of the property using the idea of a killer doll that’s named itself Chucky attaching itself to the son of a stressed-out single mother as its jumping off point to go in a variety of oddball directions. While I think it is wrong that creator Don Mancini was frozen out of this production even though he’s been keeping the franchise going for 30 years and seven successful films, I do appreciate that new director Lars Klevberg (Polaroid) and screenwriter Tyler Burton Smith have at least made a passing attempt to radically reinterpret things for this new version. There’s plenty about this playfully violent and malevolently humorous enterprise that can be a heck of a lot of fun, the insanely batty climax almost enough in and of itself to make the purchase of a matinee ticket worthwhile.

But not quite. Klevberg and Smith have a ton of ideas they’re attempting to toy around with. Problem is, they never linger on any of them long enough so they could matter in any discernible way other than something vaguely superficial. Some of the stuff they introduce, most notably a key sequence involving Chucky watching Tobe Hooper’s 1986 controversial cult favorite The Texas Chainsaw Massacre 2, is so poorly conceived and thought out it comes close to being offensively indefensible. There are moments this movie feels like the Jackson Pollock painting of modern-day horror remakes, and I can’t help but imagine Klevberg and Smith throwing general ideas, plot developments and various character interactions at a blank canvas as if they were swatches of paint. Some stuff sticks, others decidedly do not, the resulting image a colorful hodgepodge of insanity, inspiration and inanity that’s never quite as fascinating (or as entertaining) as I tend to think the filmmakers assume it is.

Some of this did still manage to put a smile on my face. There are a couple of deliciously grisly kills, not the least of which involves a string of exterior Christmas lights, a tall ladder, a motorized electric tiller and a watermelon. There’s also a surprisingly effective scene where Andy and his two new friends Falyn (Beatrice Kitsos) and Pugg (Ty Consiglio) get the brief upper hand against Chucky only to find they’re somewhat emotionally conflicted about trying to shut him down. I was also taken with Brian Tyree Henry’s performance as a veteran police detective whose mother (Carlease Burke) lives in the same building as the Barclays, and I really liked the way he was able to construct such an intriguingly multidimensional character with only a handful of scenes to do it in.

Then there is Hamill. He easily could have channeled his inner Brad Dourif (the original voice of Chucky who has made a second career bringing the doll back to life again and again these past 30 years). He could also have repurposed his iconic Joker persona from “Batman: The Animated Series.” Instead, the Star Wars legend brings a genuine sense of uncomforting pathos to his portrayal of the sentient robotic doll, all of which allows his homicidal malice to come from a place of genuine concern for Andy’s wellbeing that’s shockingly sincere. Hamill knocks it out of the park, and it’s a shame the movie is such a frustrating mixed bag because I’m almost curious to see where he would have taken this character in the future if this remake had proven to be a hit.

Yes. I’m assuming this new Child’s Play won’t catch on with general audiences. The design of the Chucky doll is underwhelming. The film’s emphasis on overt terror oftentimes works against its best interests. Most of all, almost all of its strongest ideas (the increasing interconnectivity of everyday household devices, the corporatization of daily life, children disconnecting from reality due to an overuse of social media and the like) are never fully realized or developed, making them feel so half-baked they barely register. Additionally, as magnificently loopy as the film’s climax might be, and it’s gruesomely insane on a multitude of levels, I felt so little emotional investment in what was going on that the outcome to the Andy versus Chucky battle didn’t matter to me whatsoever. Because of this the remake and I could never quite strike up an effective friendship, and when it was over we parted more as genial acquaintances who would likely never meet again more than we did anything even moderately long-lasting. 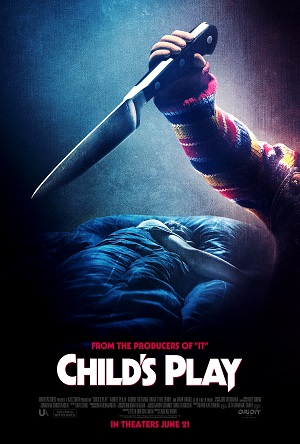